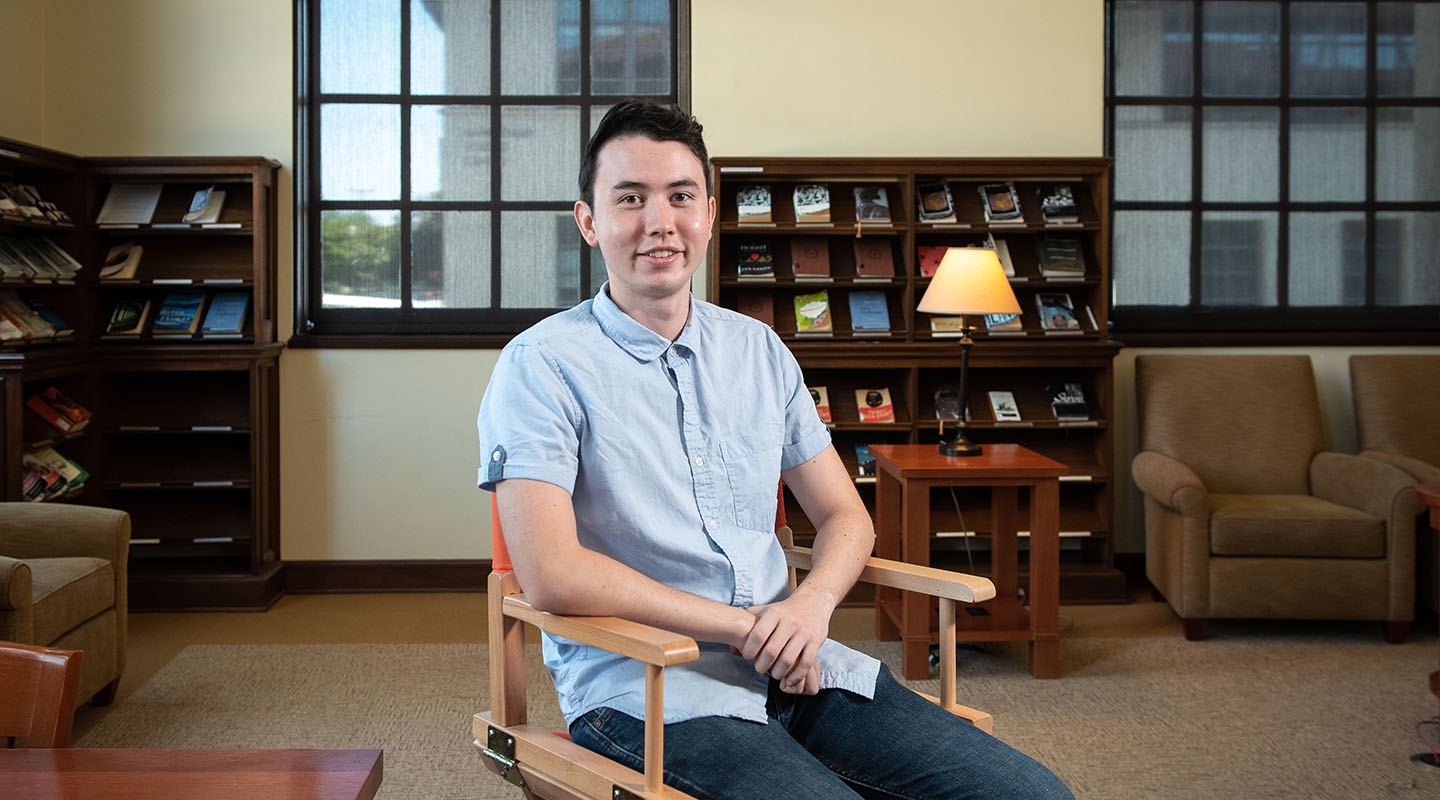 Kevin Conroy, a history and East Asian studies major, has leveraged various funding opportunities at Oxy to research his Chinese family history and conduct oral histories about the era of the Cultural Revolution.

Though he grew up primarily in Arcadia, Kevin Conroy spent several months as a child living with his maternal grandparents in Anshan, China. Given that they didn’t speak any English, Kevin was immersed in Mandarin early on.

He arrived Oxy with a lingering interest in both Chinese language and history, and was particularly inspired by Professor Alexander Day’s History 348 class on the Chinese Cultural Revolution (1966-76).

“The class really struck my interest because this was the period of history that my grandparents lived through—they were cogs in the machinery of what was occurring during that time,” he says.

Last year, Kevin took Day’s “The Transformation of Urban & Rural China” class, which included a three-week field component abroad. He was able to revitalize his language skills in addition to honing his interests around Chinese industrialization.

Kevin had often thought about collecting an oral history from his grandparents and, guided by Day, this idea began to take shape as an academic undertaking. Last semester he enrolled in an independent study and began conducting primary source interviews, both with his grandparents and other members of the Chinese-American community in Los Angeles. 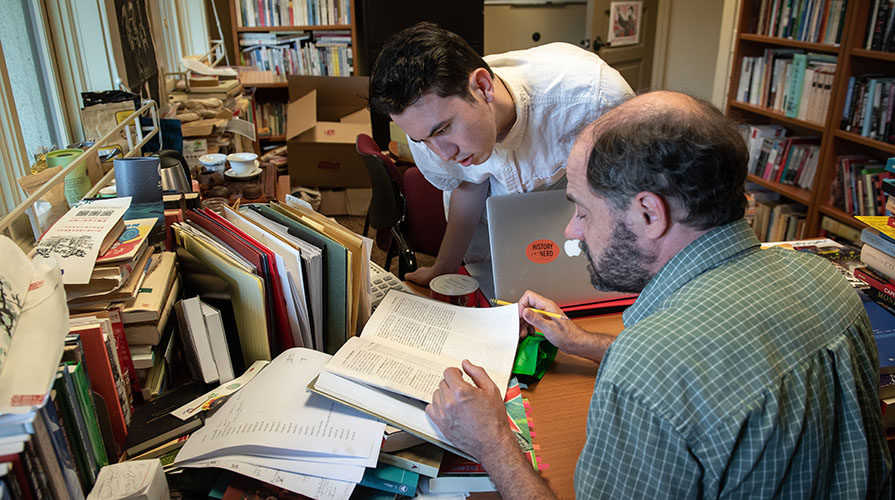 In May he returned to China for three weeks with ASP funding from Oxy to do more research, spending time in both Beijing and Anshan. He found some valuable Chinese-language books there that have become the backbone of a research project exploring how the politics of Maoist industrialization affected the daily lives of both cadres and workers in China during the Cultural Revolution.

[Professor Day] has been really pushing me to go hard on this because he knows I want to go to graduate school, and he's been giving me a lot of good motivation.

Kevin has been able to continue his project this summer—with funding—through the Undergraduate Research Center (URC)’s Summer Research Program. Because of the political climate in China and his family’s interest in privacy, some of the material is a bit sensitive. But interviews have dealt with such topics as austerity and how people got around not having enough supplies during the cultural revolutionary period.

Kevin says Day has been an integral part of his scholarly process, offering lots of good feedback on how to outline his project and refine his focus when necessary.

“He's been really pushing me to go hard on this because he knows I want to go to graduate school, and he's been giving me a lot of good motivation. He’s hands-off where he’s supposed to be, but also really hands-on where he needs to be.”

Inspired by his mentor, Kevin would like to be a professor himself, and for this reason he plans to pursue a master’s degree in China before returning to the United States for a Ph.D. His experiences with the URC have given him a strong foundation to do just that.

On a personal level, his research has brought Kevin even closer with his family.

“They’re very happy that I’m taking an interest in our family history, especially since I’m first-generation and Chinese on my mom’s side only. I can now go to China and hold my own in Mandarin in a political discussion with my family...I’ve been fully accepted by them as someone who is actually Chinese and not just American.”