About the Program | Occidental College

Our curriculum, speaker series, academic workshops, and faculty research draw from the following themes and questions: 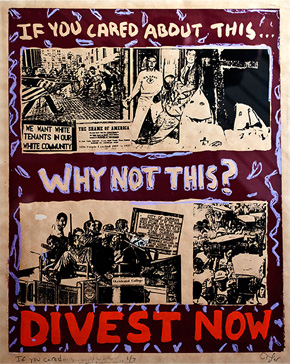 The department of Diplomacy & World Affairs utilizes an innovative hybrid of international relations and comparative politics with novel interdisciplinary transnational perspectives and paradigms to provide coherence to our research and teaching. Close connections are drawn between classical philosophic ideas, contemporary theory, rigorous empirical analysis, and practical action. The department is committed to supporting students to deepen their knowledge in one or more of the six thematic foci below.

1. DIPLOMACY: We examine how diplomacy from the international to local levels shapes world affairs. What is the role of soft power and hard power -- and their intersections -- in mediating geopolitics? How are non-traditional forms of diplomacy influencing international organizations and complementing conventional inter-state relations and foreign policy? How can state and non-state actors engender progressive change and foster new forms of equitable regional and global governance?

2. IDENTITY: Identity - e.g. religion, gender, race, ethnicity, sexuality - are emphasized in DWA as fundamental to understanding world affairs. What can theories of identity tell us about conflict and cooperation in world affairs? How do culture and nationalism matter in transnational politics? What are the sources and consequences of identity politics? We also focus on understanding the hybridity, intersectionality and fluidity of identities in international relations.

3. HUMAN RIGHTS: We approach human rights from an indivisible, interdisciplinary, and intersectional perspective. An indivisible approach is key to connecting human rights to issues as varied as economic development, the environment, gender, human trafficking, peacebuilding, poverty, public health, sexuality, terrorism, and war. An interdisciplinary approach is essential to understanding the role of law, politics, norms, and institutions in the puzzle of human rights’ stubborn persistence. Finally, an intersectional approach is fundamental to critical thought on how human rights can theoretically help us understand the pluralism of identity and practically use that to advance the creation of inclusive political communities.

4. POLITICAL ECONOMY: What are the ways that politics shapes economic dynamics and conversely the ways that economic forces shape political dynamics? What are the relationships between wealth and poverty, efficiency and equity, authority and transparency among others? More specifically, how does the global political economy function and how is it (or can it be) governed? How are the roles and interactions among states, multinational corporations, international financial institutions, philanthropies, social enterprises and civic groups changing in a globalizing world economy? How are theories and approaches to (economic) development evolving to adapt to 21st century realities?

5. SECURITY: Understanding evolving theories and practices of security is critical in world affairs. National security and issues of war and peace are, therefore, paramount. Since the 1990s, transnational phenomena such as organized crime and terrorism as well as notions such as human and comprehensive security have emerged with increasing salience since the 1990s. What does security in world affairs mean, how can how can it be understood, and how can it be achieved in the 21st century?

6. SUSTAINABILITY: Environmental ideas, issues, and institutions have become a core feature of world affairs over the last fifty years. Natural scientists have accumulated compelling evidence that dangerous ecosystem limits have been surpassed as a result of human activity, most notably climate change. Sustainable development involving economic, social and environmental dimensions is now mainstream discourse. Can development be conceptualized and achieved in a way that moves beyond economic growth and a focus on material wealth to sustainable human development? How can human practices be changed to mitigate or even prevent looming environmental disasters? How has massive urbanization and the rise of global cities reshaped world affairs? How can a transition to sustainability be achieved given the nature of 21st century political realities?

About the image: Occidental students have a long history of interaction with global politics, and the DWA major has been a particular focus for this engagement. This is reflected in the poster which hangs in the DWA office. This poster comes from the on-campus movement to have the college divest from South Africa (a movement that is now famous for having given Barack Obama his start in politics). More information