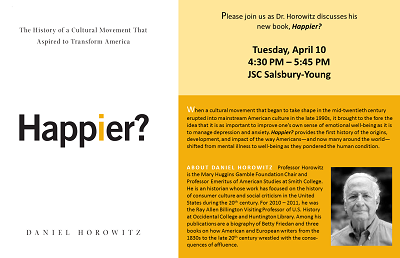 Please join us as Dr. Horowitz discusses his new book, Happier?: The History of a Cultural Movement that Aspired to Transform America.