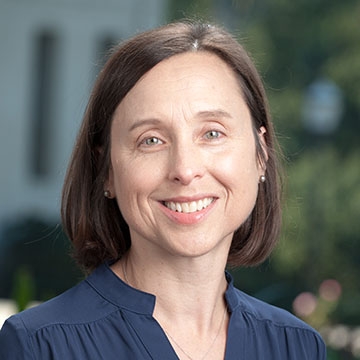 Sharla Fett has been appointed Robert Glass Cleland Professor of American History in recognition of her achievements in teaching, scholarship, and service to the College and her academic department.

The Cleland Professorship, one of the oldest, most prestigious named professorships at the College, was established by Board of Trustees in honor of Dr. Robert G. Cleland, distinguished historian of California and the West, successively student (Class of 1907), professor, administrator, trustee, and onetime chair of the Board of Trustees. Wendy Sternberg, vice president for academic affairs and dean of the College, nominated Dr. Fett for the professorship. The nomination was reviewed by the Faculty Advisory Council and given final approval by President Harry J. Elam, Jr.

“I'm honored to receive the title, especially because my dear colleague Lynn Dumenil had it before me until she retired in 2016,” says Fett, a scholar of 19th-century Atlantic world slavery, the antebellum U.S. South, and race, gender and health, who joined the Oxy faculty in 2002. “This is a title I associate with Lynn, so it means a lot to me. I also have enormous respect for Kristi Upson-Saia and Amy Lyford, who also received named professorships. Both are extraordinary leaders, teachers and scholars, and I'm happy to be in their company.”