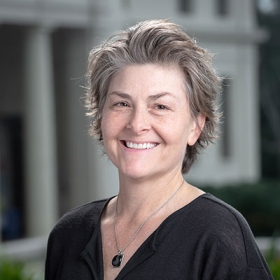 Dr. Goffredi’s research interests concern beneficial symbiotic partnerships between bacteria and invertebrates.  Most of her career has so far been devoted to the study of beneficial associations between bacteria and deep-sea invertebrates,including marine polychaetes (Riftia and Osedax), clams (Calyptogena), crabs (the yeti crab Kiwa), and leeches. In the past few years, she has begun to explore tropical insects which provide many promising new avenues for research with regard to bacterial involvement in their nutritional ecology. Dr. Goffredi was the recipient of the 2014 Linda and Tod White Teaching Prize

Dr. Goffredi’s funding has come from the National Science Foundation, and she has published in journals such as Frontiers in Microbiology, Environmental Microbiology and Science. Her B.S. is in Biology/Marine Science from the Univ. of San Diego and her Ph.D. is in Ecology, Evolution, and Marine Biology from UC Santa Barbara.

An introduction to the diversity, comparative anatomy, physiology, and ecology of animals. Emphasis is placed on taxonomy, adaptations to the environment, and the evolutionary relationships between animal phyla. Together we build an understanding of animal life on this planet. Students learn to appreciate specific features in animal architecture, trends in the evolution of body design that are shared among animal groups, and the general making of animal diversity. Students gain the knowledge and curiosity to recognize that different animals are adapted to different circumstances with unique capabilities.

An introduction to the world of microbes, including viruses, archaea, and bacteria, and their role in shaping and sustaining life on Earth. Emphasis will be placed on structure, metabolism, physiological and biochemical adaptations to unusual environments, phylogenetic analysis, biotechnology, microbial ecology and biological interactions, including plant and animal symbioses. Students will develop an appreciation for the ubiquity and necessity of microbes and will no longer consider experiences with disease as solely significant.  Rather, students will be able to discuss the ways in which microbes, through their enormous metabolic and genetic diversity, make our planet inhabitable. In the lab, students will consider and examine microbial growth and function and will select familiar environments from which to investigate microbial life.

Symbioses are intimate associations involving two or more species. Symbiotic associations are widespread in nature and we can expect to find them in every type of ecological niche. This course will cover the diversity of symbiotic interactions that exist between both microbes and fungi and various eukaryotic hosts, including plants, animals, and protists, as well as other microorganisms. Topics will range from molecular to ecological, including the specific molecular communication between partners, the evolution of unusual host structures, novel physiological and biochemical capabilities, and the unique ecological advantages that many symbioses confer. This course will also include writing, presenting, and reviewing of published work on various symbioses.