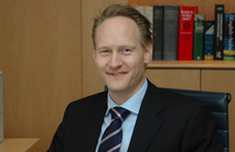 Chris O’Connor has been the British Consul General in Los Angeles since August 2013. He represents the UK government in Southern California, Arizona, Nevada, Utah and Hawaii. He promotes trade and investment, scientific cooperation, creative and media collaborations and educational partnerships between the UK and the southwestern United States. He also oversees delivery of essential consular services to a 600,000-strong British resident community and British visitors numbering over a million per year.

Prior to his current role, Chris was UK Ambassador to Tunisia from 2008-2013. He has worked in British embassies in Cairo, Riyadh and Beirut as well as the British High Commission in Ottawa and the UK Delegation to NATO. He was head of the UK Foreign Office Middle East Peace Process Team in London from 2003-2005.

Chris speaks Spanish, French and Arabic. He is married to Martha Nelems, who is Canadian. They have two daughters.