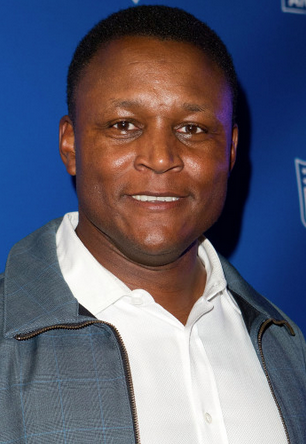 Barry A. Sanders is author of the recently released book, American Avatar: the United States in the Global Imagination (Potomac Books, 2011) (www.americanavatar.com). He is an adjunct professor in the Communications Studies Department at UCLA. He teaches courses entitled "The Images of America around the World," "Public Diplomacy," and "Architecture as Non-Verbal Communication." He is also President of the Board of Commissioners of the Recreation and Parks Department of the City of Los Angeles, Chairman of the Los Angeles Parks Foundation and a member of the Board of Commissioners of the Los Angeles Memorial Coliseum.

Sanders is an international corporate lawyer. He recently retired from the partnership at the global law firm of Latham & Watkins after practicing with the firm for over 35 years. He led the Latham & Watkins’ International Practice Group for many years. In addition, he was founding president of the Los Angeles Center for International Commercial Arbitration and founding chair of the International Law Section of the California State Bar Association. He is a member of the Council on Foreign Relations and the Pacific Council on International Policy. In April 2001, he was awarded the Learned Hand Award for outstanding leadership in the legal profession.

Sanders’ community service career spans many subjects. In early 1992, he served as executive editor and general counsel to the California Council on Competitiveness. From 1979 to 1984, he served as primary outside counsel to the Los Angeles Olympic Organizing Committee. After the riots in Los Angeles in 1992, he was Co-Chair of Rebuild LA, the public-private organization established to deal with the problems of LA’s inner city. He served in that capacity until returning to Latham & Watkins on January 1, 1994. While Co-Chair of RLA, he was Chairman of the Board of the RLA Community Lending Corporation. He served as a Board member and as "Honorary Chair" of that inner city loan fund corporation from 1993 to 2000. The Coro Foundation presented him its "Crystal Eagle" Public Affairs Award for community service in 2007. In 2009, Shane’s Inspiration, the organization for children with disabilities, presented him its Visionary Leadership Award, and People for Parks, the parks advocacy organization, presented him its Person of the Year Award. In 2011, the Los Angeles Area Chamber of Commerce awarded him its Civic Medal of Honor. The Special Olympics of Southern California honored him and his wife Nancy at their 16th annual Pier Del Sol event in 2012.

Sanders was born in Philadelphia and earned degrees from the University of Pennsylvania and Yale Law School. He and Nancy have three grown sons, Peter, Matt and Teddy.