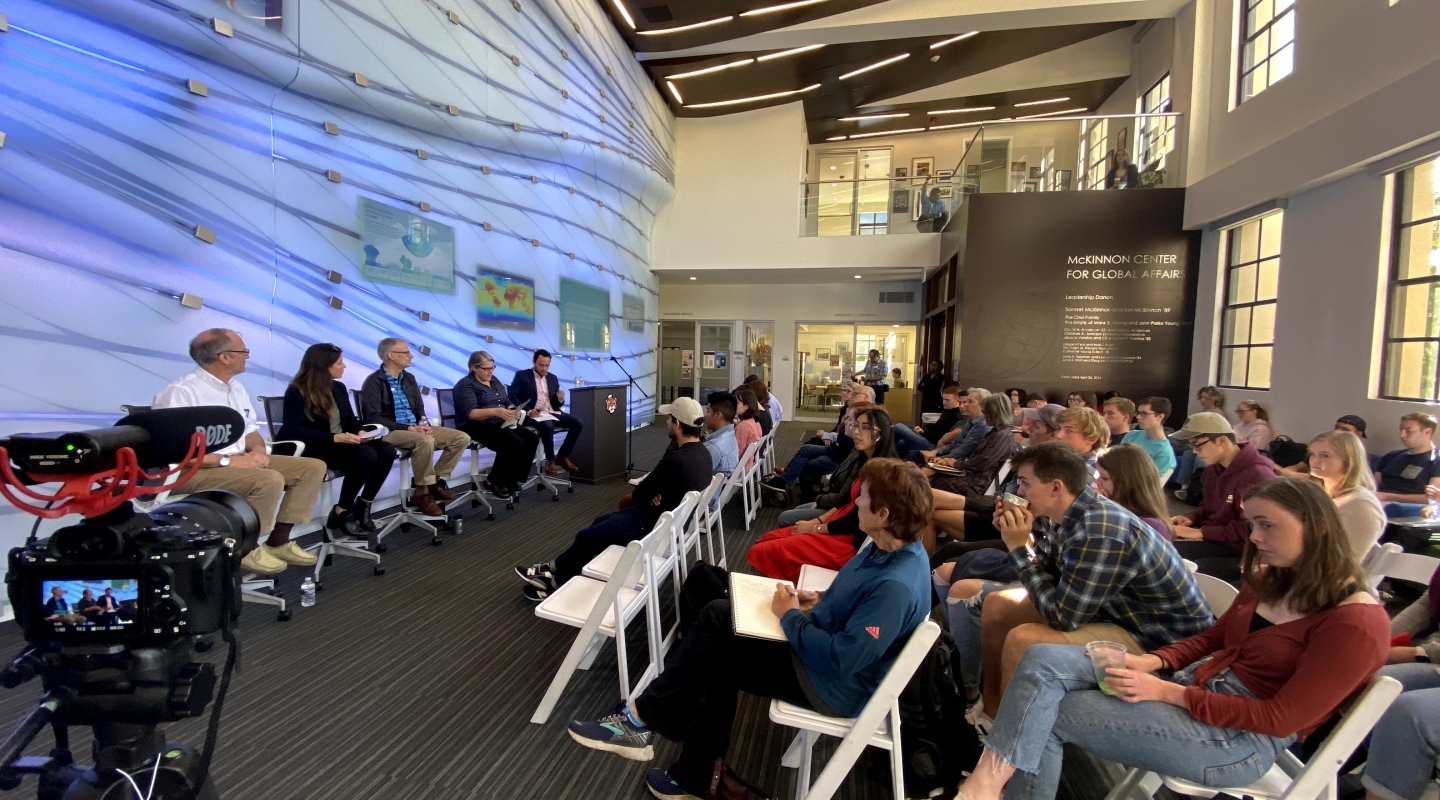 A multi-disciplinary panel of professors challenge students to to use their expertise to fight climate change at all levels.

The Climate Change for Future Presidents panel brought together a diverse array of perspectives to give new dimensions to the conversation on climate change. This panel included professors Bevin Ashenmiller (Economics), Scott Bogue (Geology), Amanda Zellmer (Biology), and Dan Snowden-Ifft (Physics), as well as Occidental College trustee Hector de la Torre '89 P'20, who is a member of the California Air Resources Board,  and was moderated by professor Juve Cortes (DWA).

Creating a meaningful dialogue, the professors began the panel by explaining the relationship between climate change each of their disciplines - for example, the economic tradeoffs of climate-oriented policies or how organisms are impacted by their environments. Then, the professors each spoke about where their own research sits within the field of climate science. Professors’ expanded on their wide-ranging research and opened students’ eyes to the role of school districts in increasing green space in cities, the complexities of modelling the habitats of salamanders and frogs and the measurement of solar energy produced on rooftops. In a particularly insightful portion of the panel, Occidental Trustee, Hector de la Torre ‘89, spoke about what local policymakers have been doing about climate change. His statements reflected an important aspect of collective responses to changing environments: policy-driven action. De la Torre provided some of the details of California's mobilization, like the formal signing of a Memorandum of Understanding (MOU) with China, that have led to the state’s successful reduction of emissions despite economic expansion.

Finally, the panel concluded with students asking questions about the zero growth movement, how economists can change the narrative on economic growth being unsustainable and the disconnects between researchers who explain their findings and the public which consumes it. Ending the panel on a thought-provoking note, professor Ashenmiller emphasized the importance of “making [climate change] so important that everyone can agree,”valuing the world so much, that we all rally to fight for this ultimate public good.
Professor Juve Cortes continues to offer and teach his class on Physics for Future Presidents in the Diplomacy and World Affairs department.