Courts and Authoritarian Populism: the United States in Comparative Perspective 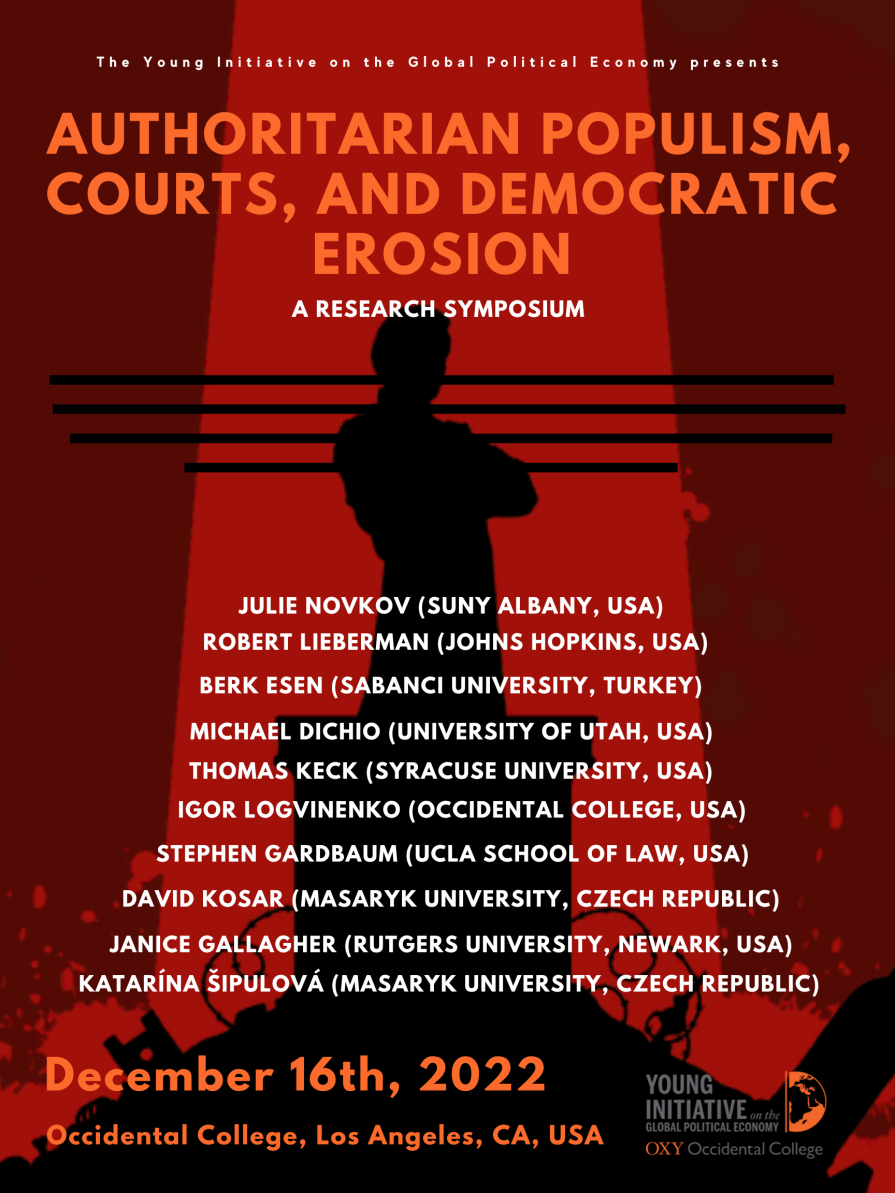 Comparative politics experts present their position papers with our Americanist experts discussing these papers, raising questions, and drawing comparisons with the American case.

The open-ended discussion will allow us to summarize and comment on anything we have learned and found interesting and new directions for research.

9:00 AM-11:00 AM  Breakfast and discussion of research gaps and possible future research initiatives. 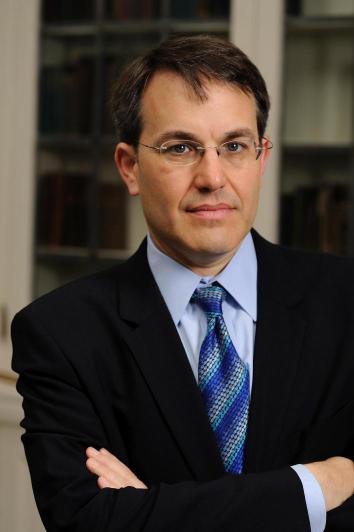 Robert Lieberman is Krieger-Eisenhower Professor of Political Science at Johns Hopkins University. He studies American political development, race and American politics, and public policy. He has also written extensively about the development of American democracy and the links between American and comparative politics. Lieberman previously served as provost and senior vice president of academic affairs of Johns Hopkins from 2013-2016. Before coming to Johns Hopkins, he was on the faculty of Columbia University, where he served from 2012-13 as interim dean of the School of International and Public Affairs. 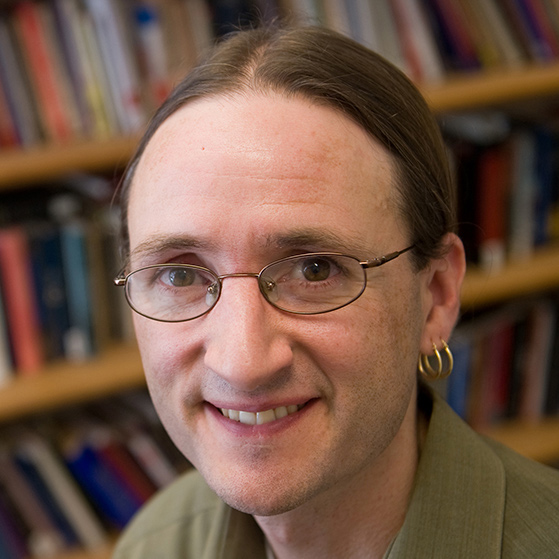 Tom Keck is a Politics and Professor of Political Science at Syracuse University‘s Maxwell School of Citizenship and Public Affairs. He is also a Research Affiliate at the Centre on Law & Social Transformation, a joint initiative of the University of Bergen and the Christian Michelsen Institute. He is the author of Judicial Politics in Polarized Times and The Most Activist Supreme Court in History, as well as articles in the American Political Science Review, Constitutional Studies, Law and Society Review, and Law and Social Inquiry. He is currently leading a large-scale, collaborative project, funded by Carnegie and the U.S. National Science Foundation, on the political beneficiaries of free expression jurisprudence worldwide. 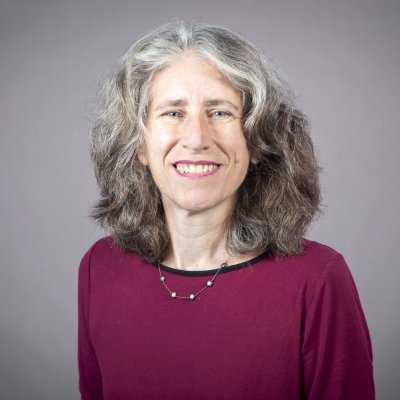 Julie Novkov is a Professor of Political Science and Women’s, Gender, and Sexuality Studies at the University at Albany, SUNY. She came here in 2006 after spending ten years on the faculty at the University of Oregon. Her research and teaching are situated at the intersection of law, history, US political development, and subordinated identity. She views law as both a system of political and social control and as a site for reform through activists’ pressure. She is particularly interested in the way that the law defines and translates categories associated with identity, such as race and gender, and the ways that these categories transform and are transformed by legal discourse. 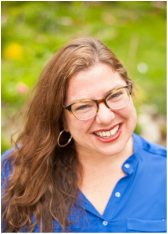 Janice Gallagher is currently an Assistant Professor of Political Science at Rutgers University, Newark. She was previously a postdoctoral fellow at the Watson Institute for International and Public Affairs. She holds a PhD in Government from Cornell University, an MA in Teaching at Brown University, and a BA in Political Science and Economics from Swarthmore College. She conducted more than two years of fieldwork in Mexico and Colombia, and previously worked as a human rights accompanier in Colombia. Gallagher’s dissertation, "Tipping the Scales of Justice: The Role of Citizen Action in Strengthening the Rule of Law," examines the role of organized citizen action and institutional pressure in affecting the provision of justice in Mexico and Colombia. This study is part of a larger research agenda of state-civil society relations, specifically how informal institutions, relationships and mobilization shape judicial and human rights outcomes. Her research has appeared in Comparative Political Studies, and in many popular venues such as the Huffington Post and Externalopenglobaldemocracy.net. Berk Esen is Assistant Professor of Political Science at the Faculty of Arts and Sciences, Sabancı University, Turkey. After receiving his Bachelor of Science degrees in Political Science and Economics at Vanderbilt University, he completed Master of Arts programs in political science (Sabancı University), integrated social sciences (Jacobs University Bremen) and government (Cornell University). He received his PhD in Government from Cornell University in 2015 and was also a visiting researcher at New York University, Columbia University, Sabancı University and Torcuato di Tella University. Before joining the department, he served as Assistant Professor and Vice Chair at the department of International Relations at Bilkent University. His research and teaching interests include the political economy of development, party politics and authoritarian regimes with a focus on Latin America and the Middle East. His research has been funded by the Science and Technology Institute of Turkey TUBITAK and published in top political science journals such as Party Politics, Journal of Democracy, Third World Quarterly, PS: Political Science & Politics, South East European Society and Politics, Journal of Near East and Balkan Studies, Mediterranean Politics, Turkish Studies, Review of Middle East Studies, and Middle East Review of International Affairs. Berk has received numerous prestigious awards, including the Sakıp Sabancı International Research Award for his work on democratic backsliding in Turkey and Hungary and the Turkish Science Academy Young Scientist Award (BAGEP). 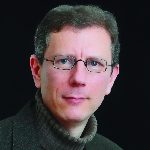 Stephen Gardbaum holds the Stephen Yeazell Endowed Chair in Law at UCLA School of Law and is Faculty Director of the UCLA Law Promise Institute for Human Rights. Previously, he held the rotating MacArthur Foundation Chair in International Justice and Human Rights. An internationally recognized constitutional scholar, he was a 2011 Guggenheim Fellow and a 2012-13 Straus Fellow at New York University. Gardbaum received a B.A. with First Class Honors from Oxford University, an M.Sc. from London University, a Ph.D. in Political Theory from Columbia, and a J.D. from Yale Law School. He is a solicitor of the Senior Courts of England and Wales, and teaches constitutional law, comparative constitutional law, European Union law, international human rights, and comparative law. Prior to joining the UCLA faculty, he taught at Northwestern University School of Law and has been a visiting professor at Melbourne Law School, Universidad Externado de Colombia, Panthéon-Assas University (Paris II), Aix-Marseille University, and the Radzyner Law School of the IDC Herzliya. He is an elected member of the Council of the International Society of Public Law.

David Kosař is a Director of the Judicial Studies Institute (JUSTIN) at the Faculty of Law of Masaryk University (Brno, Czechia). David does research in judicial studies, international public law, constitutional theory, human rights, and transitional justice. His current project (ERC Starting Grant) studies the effects of judicial self-governance (“JUDI-ARCH – The Rise of Judicial Self-Governance: Changing the Architecture of Separation of Powers without an Architect"). 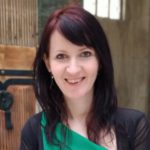 She earned her PhD in European Studies at the Faculty of Social Studies, Masaryk University, and an MSt degree in Socio-Legal Research at the University of Oxford.

Michael A. Dichio is an assistant professor in the Department of Political Science. He teaches classes on Constitutional Law, Civil Rights and Liberties, Law and Politics, and American Political Institutions.

His research centers on American political and constitutional development with a focus on the U.S. Supreme Court and constitutional law. Dichio’s book, The US Supreme Court and the Centralization of Federal Authority (2018, SUNY Press) appears in SUNY Press’s American Constitutionalism series. It traces how the Court’s constitutional jurisprudence affects the growth of the federal government from the founding era forward, and how this jurisprudence persistently centralizes and consolidates the reach and scope of the federal government.

Dichio received his Ph.D. in Government from Cornell University in 2014, and his undergraduate degree in political science and history from Boston College. Prior to joining The University of Utah, he was an assistant professor at Fort Lewis College, a public liberal arts college in Durango, Colorado.

Igor Logvinenko teaches, researches, and writes about global political economy and its relationship to politics and policymaking in low and middle-income countries.

Logvinenko is an Associate Professor of Diplomacy & World Affairs and an affiliate of the John Parke Young Initiative on the Global Political Economy at Occidental College. His research and commentary have appeared in Communist and Post-Communist Studies, Democratization, Europe-Asia Studies, Review of International Political Economy, Just Security, The Moscow Times, and other publications.

His book Global Finance and Local Control: Corruption and Wealth in Contemporary Russia was published in the Cornell Studies in Money series at Cornell University Press in 2021.

Logvinenko received a doctorate in Government from Cornell University in 2015. Before coming to Oxy, he spent five memorable years in the Department of Political Science at Wellesley College. He has also held appointments at the Cornell-in-Washington Program, the Harriman Institute at Columbia University, and the Monterey Institute for International Studies. He is a native of Bishkek, Kyrgyzstan, where I had the great fortune to attend the Physics and Mathematics Lyceum #61.