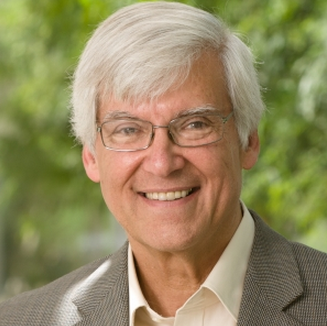 Throughout his career, Geoffrey Cowan has been an important force across a spectrum of communication and public policy arenas - as a lawyer, academic administrator, government official, best-selling author, distinguished professor, playwright, and Emmy Award-winning producer.

In 2010, the trustees of The Annenberg Foundation Trust at Sunnylands appointed Cowan to serve as the first president of the Trust. He will carry on the Annenberg legacy by developing Sunnylands into a world-class venue for important retreats for top government officials and leaders in the fields of law, education, philanthropy, the arts, culture, science and medicine.

From 1979-84, he was a member of the Board of Directors of the Corporation for Public Broadcasting and played a key role in the development of National Public Radio.

An award-winning author, Cowan's books include: See No Evil: The Backstage Battle Over Sex and Violence on Television (Simon & Schuster, 1980), and the best-selling The People v. Clarence Darrow: The Bribery Trial of America's Greatest Lawyer (Random House, 1993).

In addition to his tenure at USC, Cowan spent twenty years as a professor of communication law and policy at UCLA, where he received numerous teaching awards and founded the Center for Communication Policy.

Cowan serves on the board of the California HealthCare Foundation, the Pacific Council on International Policy, Common Sense Media, and the Susan Thompson Buffett Foundation. He is a member of the Council on Foreign Relations, a Fellow of the American Academy of Arts and Sciences, and the Walter Lippmann Fellow of the Academy of Political and Social Science.

He spent four years as principal owner of the Stockton Ports, a Class A farm team for the Milwaukee Brewers. During that time the Ports won two championships and held the best overall record of any team in professional baseball.

A graduate of Harvard College and Yale Law School, Cowan is married to Aileen Adams, deputy mayor of Los Angeles and former Secretary of State and Consumer Affairs for the State of California. They have two children, Gabriel Cowan, a filmmaker based in Los Angeles, and Mandy Adams Wolf, a grade school teacher who lives with her husband in Los Angeles.