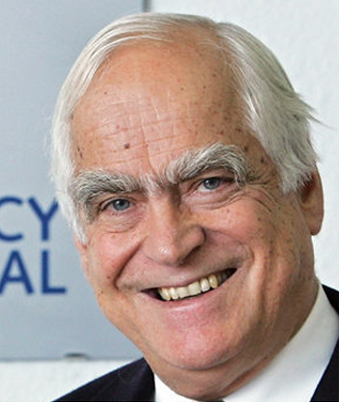 The Young Initiative is honored to welcome Peter Eigen to campus for a talk in the Young Speaker Series on the Future of the Global Economy. Peter Eigen will give two talks, one entitled "The Future of Global Governance and the Role of Civil Society-with a focus on Africa," and the second entitled "The Founding of Transparency International and the Extractives Industries Transparency Initiative."

A lawyer by training, Eigen has worked in economic development for 25 years, mainly as a World Bank manager of programmes in Africa and Latin America. Under Ford Foundation sponsorship, he provided legal and technical assistance to the governments of Botswana and Namibia, and taught law at the universities of Frankfurt and Georgetown.

In September 2001, Eigen joined the Carnegie Endowment for International Peace as Visiting Scholar while teaching at Johns Hopkins University/ SAIS. He also joined the Board of The Centre for International Environmental Law (CIEL) and since 2002, has been teaching as an Honorary Professor of Political Science of the Freie Universität, Berlin. In 2005, Eigen chaired the International Advisory Group of the Extractive Industries Transparency Initiative (EITI) and became Chair of EITI in 2006.

In 2000, he received the award of Honorary Doctor of the Open University, UK and in 2004, received the Readers Digest Award "European of the Year 2004".

From 1988 to 1991 he was the Director of the Regional Mission for Eastern Africa of the World Bank, and from 1999 to 2001, Eigen was a faculty member of the John F. Kennedy School of Government at Harvard University.