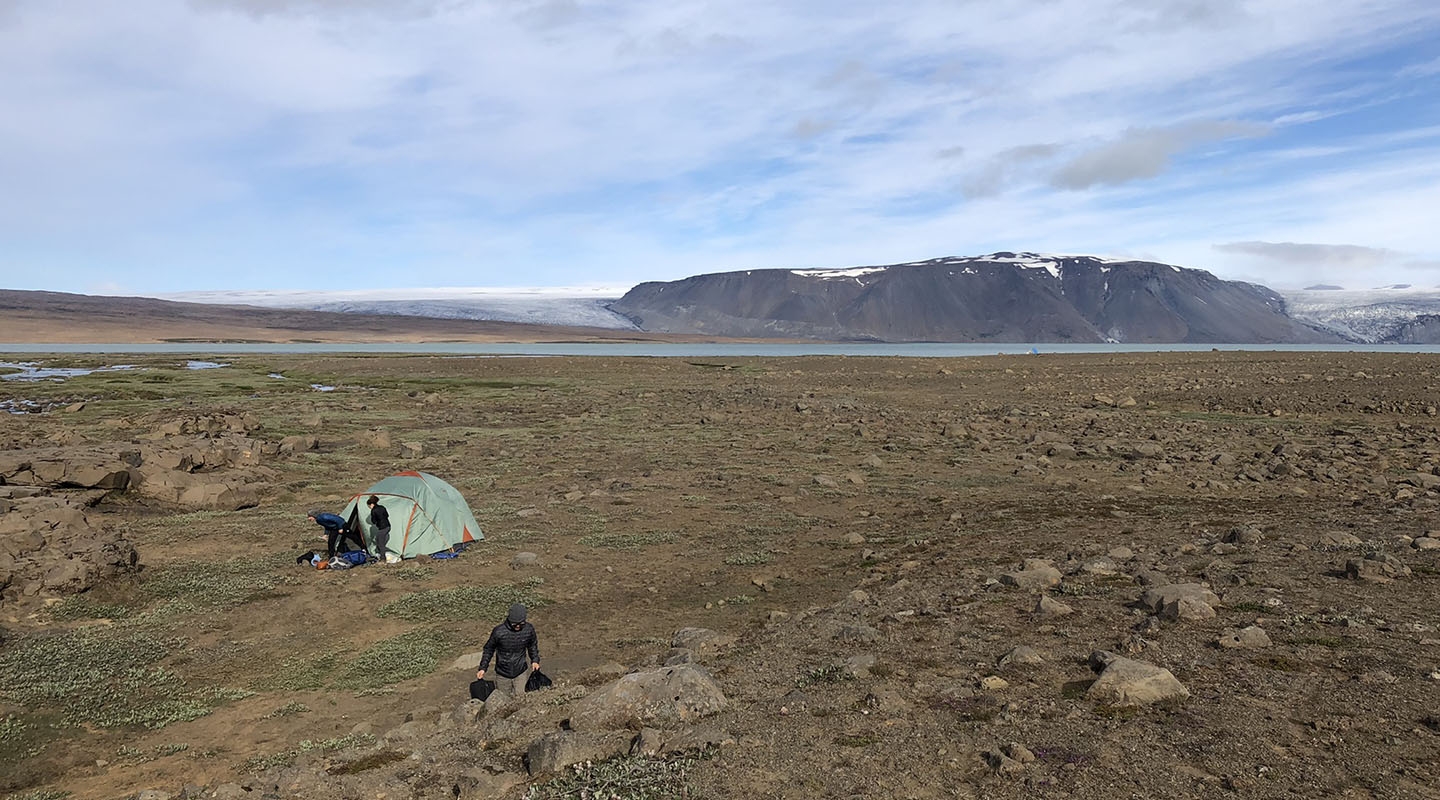 The next chapter of Richter research at Occidental College allows students to engage closely with faculty as research partners and mentees during intensive international field study.

As she stood in the humidity of the Mexican jungle, facing the mural of the woman with the blue hair, Natalia Guerra ’20 knew she had seen her before somewhere. Painted on the wall of an indigenous school she was visiting, it suddenly clicked: a professor back at Occidental had shown a photo of that very mural in a classroom lesson on the Zapatista movement.

“To understand it anew in that depth and proximity was so special,” she says.

For 50 years, the Richter Research program at Occidental has been funding immersive student research and creative projects across the globe. To honor this year’s golden anniversary, the International Programs Office and their faculty advisory committee wanted to innovate.

“Our goal was to create a new opportunity that is both mutually beneficial to the faculty’s scholarly or creative trajectory and the students’ continued academic development and intellectual curiosity,” says Associate Director of International Programs Julie Santos.

This summer, faculty members Darren Larsen of geology, Alexandra Puerto of history and Amber Stubler of biology each took a group of three student collaborators to Iceland, Mexico and Jamaica, respectively, for two to three weeks of hands-on research. Students explored questions related to their professor’s expertise and their own courses of study—a unique opportunity for them to work at a level normally reserved for graduate students.

“I felt more intellectual curiosity during this three-week span than I probably have in my whole Oxy career,” says Guerra, a Critical Theory & Social Justice major who traveled to Mexico.

Each trip required advance preparation by the students, whether an intensive workshop, preparatory readings or ocean diving certifications. But the most concentrated learning took place in the field as they fully immersed themselves in their subjects, learning from—and with—their faculty guides. (Story continues below) 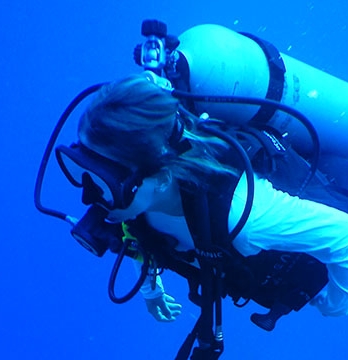 Hannah Hoefs has discovered a love of scientific diving and a home in the marine biology program at Oxy. This summer she spent three weeks in Jamaica with one of her professors, surveying coral reef growth and recovery. 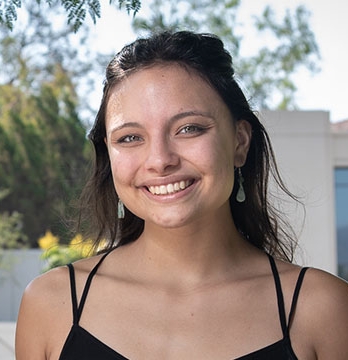 Critical Theory & Social Justice major Natalia Guerra has explored social justice dimensions in the Netherlands and Chiapas, Mexico, making the most of Oxy’s opportunities to learn about the world in an active, global context. 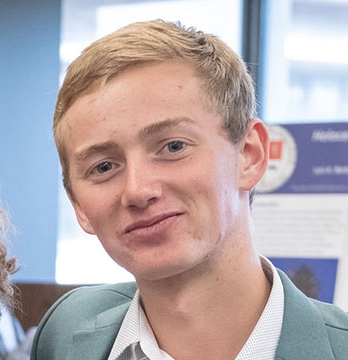 In my geology classes at Oxy we are always learning about how the world is actively changing around us, so from the get-go I was determined to seek out field trip and research opportunities.

Ecosystem and climate change in Iceland

In the remote central highlands of Iceland, soil erosion has been occurring at an exponential rate in recent centuries. Assistant Professor Larsen is trying to find out why.

His team, which included Ian Van Dusen ’20, Lori Berberian ’20 and Yiming Zhang ’19, spent 18 days in July gathering data and camping in tents beneath the midnight sun. They sampled sediment accumulations from lake beds and the rocky landscape between the Langjökull and Hofsjökull icecaps. They are analyzing the samples to create a chronology that will illuminate rates of erosion since the last Ice Age.

“The Richter isn’t just a ‘one and done’ type of experience,” Larsen explains. “My students will be working on this research throughout the year, and two are using it as the basis for their senior comps.”

Berberian counts herself fortunate to have access to “unparalleled” opportunities for geology research at Oxy, both locally and abroad. This was her second trip to Iceland, and back on campus, she was excited to talk about her work.

“This summer, I propelled my project to its final stages, then got to share my findings at Oxy during the URC Summer Research Conference.” (Story continues below)

After a three-hour drive from San Cristóbal de las Casas on a mountainous two-lane road, you’ll find Hospital San Carlos at the entrance to the Lacandon Jungle  of Chiapas. Founded in 1969 by Bishop Samuel Ruiz García, the hospital serves the region’s indigenous Maya population.

A historian of 20th-century Mexico, Associate Professor Puerto studies the cultural history of medicine, health and the body. Since 2014 she has been researching the hospital, a hub for not just healthcare, but community and political organizing, playing an important role in the Maya liberation movement. This was the interdisciplinary theme of this summer’s research.

Guerra explored autonomous education in indigenous communities while Rodriguez looked at how Maya communities used technology in the 1990s to organize politically and Tello focused on indigenous healing practices and midwifery.

The projects were rooted in archival research, sifting through thousands of documents, as well as oral history. Puerto took the students on relevant field trips on the weekends, and the group also worked closely with three local institutional partners that offered invaluable intellectual and logistical support.

“I was so pleased for the students to see the themes of health, education and liberation in the archive and then link that to every experiential activity we had,” Puerto says.

She adds that, on the last night, all three students said the trip had been the highlight of their trajectory at Oxy.

“It has been for me, too,” Puerto says. “Being engaged with the students that way was the first time that I was fully embodied as a teacher-scholar. I have no doubt that I’m a better historian and instructor from this experience.”

It’s pretty rare to encounter an all-female team of marine biology researchers. It’s also rare to have a long-term data set to track coral reef dynamics. Assistant Professor Stubler and her students, Hannah Hoefs ’20, Sarah Ashey ’20 and Skylar Wuelfing ’21, brought all this to the table and more during their trip to Jamaica.

As a Ph.D. student 10 years ago, Stubler initiated a long-term monitoring project among the coral reefs off the island.

“It’s a great opportunity because I’m still at the start of my career with this really long data set, so I’ll have so many potential projects that my students can be involved with as it continues on,” she says.

Thus far, 180 terra cotta tiles have been screwed into the reef at several sites, providing a desirable place for coral larvae to reproduce and grow. Stubler explains that it’s easy to see how many baby corals are produced each year, but it’s less clear whether they’re actually growing to maturity, since recovery on the reefs in general is mixed.

Over three weeks, the researchers spent nearly 40 hours underwater, photographing and measuring coral formations. Diving is physically challenging, and sometimes stressful, and the students had to complete rigorous AAUS diving certifications prior to the trip. But Stubler says the experience enhanced their sense of independence and growth as scientists, and made it possible for them to be impressive ambassadors for female scientists in a country where that isn’t the norm.

Hoefs says she has a new appreciation for how science actually gets done in the field.

“Professor Stubler has been doing this for years, so it was really amazing to be able to work with her and see what goes into planning and carrying out an international research trip.”

It was also special for students to have buy-in on the project, Stubler adds, and be able to brainstorm and problem-solve on the spot as a group.

“That’s how field work is—it breaks the boundaries of who’s the professor and who’s the student and it makes you a collaborative team. It was an excellent experience for them, and it was even more rewarding for me to share what it’s like to do field research.”