In additition to teaching, RELS faculty are renowned researchers!  Here's an overview of their recent scholarly accomplishments: 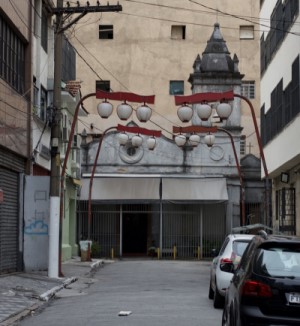 Prof. Michael Amoruso is finalizing his book manuscript, Moved by the Dead: Haunting, Devotion, and Cultural Heritage in Urban Brazil, which is under advance contract with UNC Press. An ethnography of the devotion to souls (devoção às almas or culto das almas) in São Paulo, the book locates the practice of praying to the suffering dead within the city’s shifting cultural geography to explore the intersection of religion and race in public struggles over memory and representation. Across five chapters, it explores how the practice sustains the memory of social violence—especially that of “slavery and its afterlives"—and motivates religious, affective, and political movement.

Prof. Amoruso is also beginning research on his next project, a study of psychedelic religion in the United States and Brazil. In the fall, he presented a talk titled, "Exceptional Experience: On Entheogens, Whiteness, and Mysticism” at the American Academy of Religion Annual Meeting. In it, he examined how clinical researchers’ uncritical use of the category of “mysticism” to describe certain kinds of psychedelic experiences privileges a deeply Protestant notion of spirituality as universal. Beyond being problematic in itself, Amoruso argues this understanding of religious experience as individual and interior is particularly amenable to capitalist appropriation. 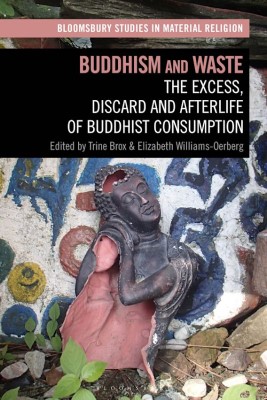 Prof. Amy Holmes-Tagchungdarpa has continued her work on Buddhism, material culture, and ecological change in the Himalayas. She contributed a chapter entitled "Reincarnating Sacred Objects: The Recycling of Generative Efficacy and the Question of Waste in Tibetan and Himalayan Buddhist Material Cultures" to the new volume edited by Profs. Trine Brox and Elizabeth Williams-Oerberg, Buddhism and Waste: The Excess, Discard and Afterlife of Buddhist Consumption (Bloomsbury, 2022). In the chapter, she explored the question of how Himalayan Buddhist communities negotiate sacred waste, worn out or broken objects that had been connected to religious activity. She argued that once an object connected with religious activity has been awakened through ritual it remains powerful and enchanted, which makes disposal complicated. The chapter explores how these considerations impact discussions related to recycling.

While on sabbatical in the Fall, Prof. Upson-Saia completed the full draft of her forthcoming book, Medicine, Health, and Healing in Ancient Greece and Rome (under contract with University of California Press). The book introduces readers to ancient Mediterranean approaches to health and healing, with an emphasis on epidemiological conditions, the perspectives of sick and suffering people, and the array of healing theories and techniques employed. The book provides readers with approximately 50 fresh translations of ancient sources, alongside material, archaeological, visual, and scientific evidence. She will use the summer to work finish compiling images, and working with the press on the index and copyedits. Keep an eye out for in bookstores near you in 2023!

Prof. Upson-Saia also continues to serve as Director of ReMeDHe (pronounced “remedy”), an international working group on medicine, health, and healing.  And is a member of the editorial board for a new book series, Religion, Medicine, and Health in Late Antiquity (Routledge Press).