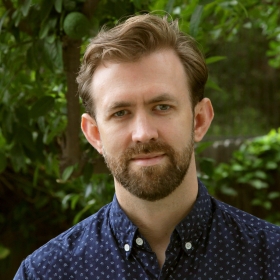 Abstract. This article characterizes optimal unemployment insurance (UI) in an economy with endogenous negative duration dependence in hiring rates for the unemployed. The characterization generalizes the standard Baily–Chetty result and is independent of the particular mechanism generating endogenous hiring rates. I find that at the social optimum, UI equates the moral hazard cost with the sum of the insurance benefit and a new externality correction term. The sign of this externality correction term depends, in part, on the responsiveness of hiring rates to the UI benefit. I show how the effect of UI on hiring rates in turn depends on the particular assumptions about firm behavior, considering the cases of employer screening and human capital depreciation models.

Optimal Social Insurance for Heterogeneous Agents with Private Insurance, The Journal of Risk and Insurance.

Information and Inflation: An Analysis of Grading Behavior, The B.E. Journal of Economic Analysis and Policy.

Abstract. I study the impact on grades assigned at Occidental College, a selective private liberal arts college, following the introduction of a policy that provides information about average grades across campus to instructors each semester. Using transcript level data from 2009 to 2014, I find that after the information provision, previously below average grading courses increased grades by 0.08 grade points more than the previously above average grading courses. This finding of grade compression holds across all course levels and divisions, expect for in the sciences. With respect to students, the relative increase in grades in the previously low grading courses disproportionately benefited Black and Hispanic students relative to White and Asian students. In addition, the grade distribution shifted with previously below average grading courses increasing the share of A’s and decreasing the share of B’s and C’s following the grade information provision.

Abstract. This paper builds a model of efficiency wages with heterogeneous workers in the economy who differ with respect to their disutility of labor effort. In such an economy, two types of pure strategy symmetric Nash equilibria in firm wage offers can exist: a no-shirking equilibrium in which all workers exert effort while employed and a shirking equilibrium in which within each firm some workers exert effort while others shirk. The type of equilibrium that prevails in the economy depends crucially on the extent of heterogeneity among the workers and the equilibrium rate at which workers join firms from the unemployment pool.

Courses (and semester most recently taught)

"The man of system...seems to imagine that he can arrange the different members of a great society with as much ease as the hand arranges the different pieces upon a chess-board. He does not consider that...in the great chess-board of human society, every single piece has a principle of motion of its own." --- Adam Smith, The Theory of Moral Sentiments (1759)

This course develops a foundation for microeconomic theory. We model individual and firm behavior - Adam Smith's "principle(s) of motion" above - in order to understand both aggregate market outcomes and the consequences of policy interventions. The first third of the course focuses on individual decision-making (consumer theory), while the next third introduces the behavior of firms (producer theory). After studying the efficiency and equity properties of competitive equilibrium in partial and general equilibrium settings, we turn in the final third of the course to situations in which markets fail to achieve efficiency. Inefficiency can arise in settings with imperfect competition, asymmetric information, externalities, or public goods.

Game theory provides a general framework for studying the strategic interaction between rational agents. The power of game theory lies in the way it reduces the complex world to relatively simple models, which can enhance our understanding of the mechanisms generating the outcomes we observe when individuals, firms, animals, and nations interact.

This course is an introduction to game theory, with applications primarily from economics and political science (although game theory can be applied to disciplines as diverse as biology, computer science, law, philosophy, and psychology). The first third of the course focuses on strategic interactions when all of the players in a game move simultaneously, while the next third considers games in which players move sequentially. In the final third of the course we relax the assumption that players have complete information; instead, players may not know the characteristics of the other players.

This course studies the government's role in a market economy, particularly policies that work through government spending and taxation. There are two primary motivations for government intervention: to correct a market failure or to mitigate poverty and inequality through redistribution. The course is organized around these two rationales, with attention to topics that include climate change, public education, health insurance, Social Security, welfare policy, and the taxation of goods, labor, and capital. We study how such government policies impact behavior and, as a consequence, how they should be designed to maximize welfare. This course also introduces students to the modern methodological approach in public economics that tightly connects economic theory with credible empirical evidence to generate policy insights.

This course studies the integration of insights from psychology into economics. Standard economic theory provides a useful, but not always realistic way to characterize how individuals make decisions. In this course we review empirical evidence of individual behavior that is inconsistent with this standard theory. Individuals may exhibit nonstandard preferences, nonstandard beliefs, and/or nonstandard decision making. We look at each of these in turn with applications that include savings behavior, addiction, financial investing, labor supply, fairness concerns, charitable giving, and social pressure, among others. The methodology of the course does not itself deviate from the standard way of doing economics; we will state clear assumptions, build models, determine their logical conclusions, and think about how to empirically test both the assumptions and implications of such models.

This seminar is designed to help students develop methods and strategies for conducting independent economics research. The product of this research will be a presentation (to be evaluated for consideration of honors by the economics department), as well as a written thesis.

This interdisciplinary course brings together the tools of History, Economics, and Philosophy to analyze the concept of health and the practice of medicine. Students will learn how notions of health and well-being and institutions of medicine are culturally and historically bound, how they participate in a broad network of economic priorities and transactions, and how they are philosophically grounded in conceptions of morality, science, and humanity.