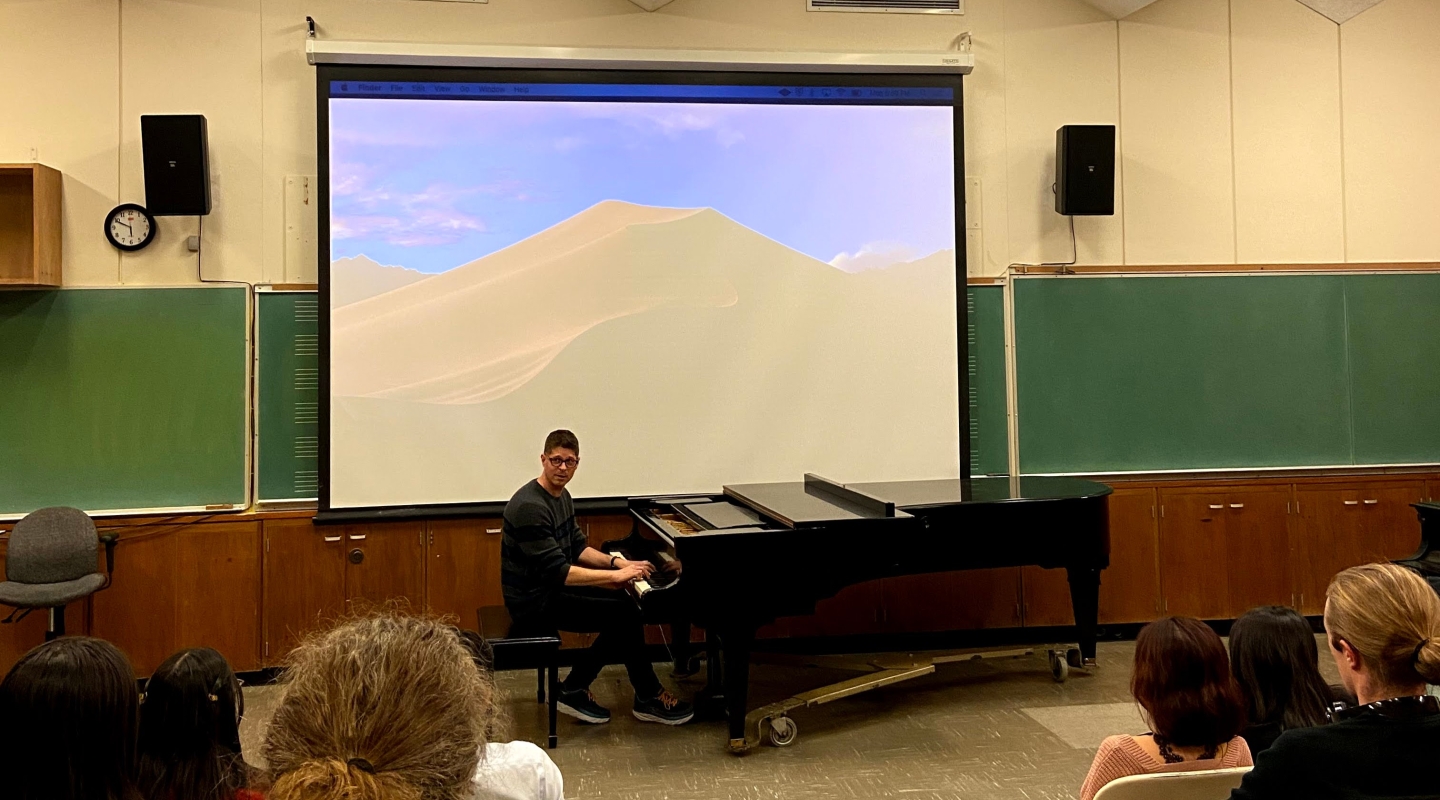 Adam Schoenberg: The Creation of "Losing Earth," a Symphony of Climate Catastrophe

On February 10th, the first day of Oxy’s 2020 UN week, students studying everything from music to diplomacy to environmental policy gathered in Booth Hall to hear Professor Adam Schoenberg talk about his composition entitled Losing Earth.

His engaging presentation brought a unique perspective to the 2020 UN Week, the theme of which is Climate Change and Environmental Justice. Professor Schoenberg began his talk by describing the process of composing music, contrasting his methodology with that of a painter; because there is no physical canvas for music, there must be direct intent regarding the “boundaries” and the purpose of a musical piece. In December of 2017, Schoenberg was approached about a potential commission by the San Francisco Symphony. In 2018, a friend sent Professor Schoenberg an article about climate change that ended up inspiring the meaning - or purpose - behind Losing Earth.

Professor Schoenberg then launched into a description of how each of the three sections of his percussion concerto combine into one narrative arc. He described the first third of the piece as a drum-heavy march. As percussion instruments are the oldest musical instruments besides the human voice, this section of Losing Earth reflects the long history of human existence on our planet and conjures a critical temporal analysis. From here the piece transitions into an atmospheric “underwater world,” made melodic by the use of a vibraphone and ominous by the dissonant chord progressions. Finally, Losing Earth ends with a poignant “virtuosic call to arms.” The intent of this final section is to conjure the following question: is there anything that we can do to save the planet? Just before the end, Professor Schoenberg includes an upbeat “pop anthem” section to inspire a sense of optimism before ending the piece in an explosive and unsettling manner in order to reflect the graveness of climate change’s effects on our planet.

After this conceptual overview and before playing the concerto for the audience, Professor Schoenberg discussed the technicalities of creating Losing Earth. He used an eight-measure repetition technique called astinado to add continuous layers to the piece’s base, and each time he’d reach the extent of this layering he would disrupt the piece with a pause to represent natural disasters’ disruptive impact on earth. Each aspect of his composition process was purposeful and meaningful, showing that climate change is not a topic to be confined to science or international relations.