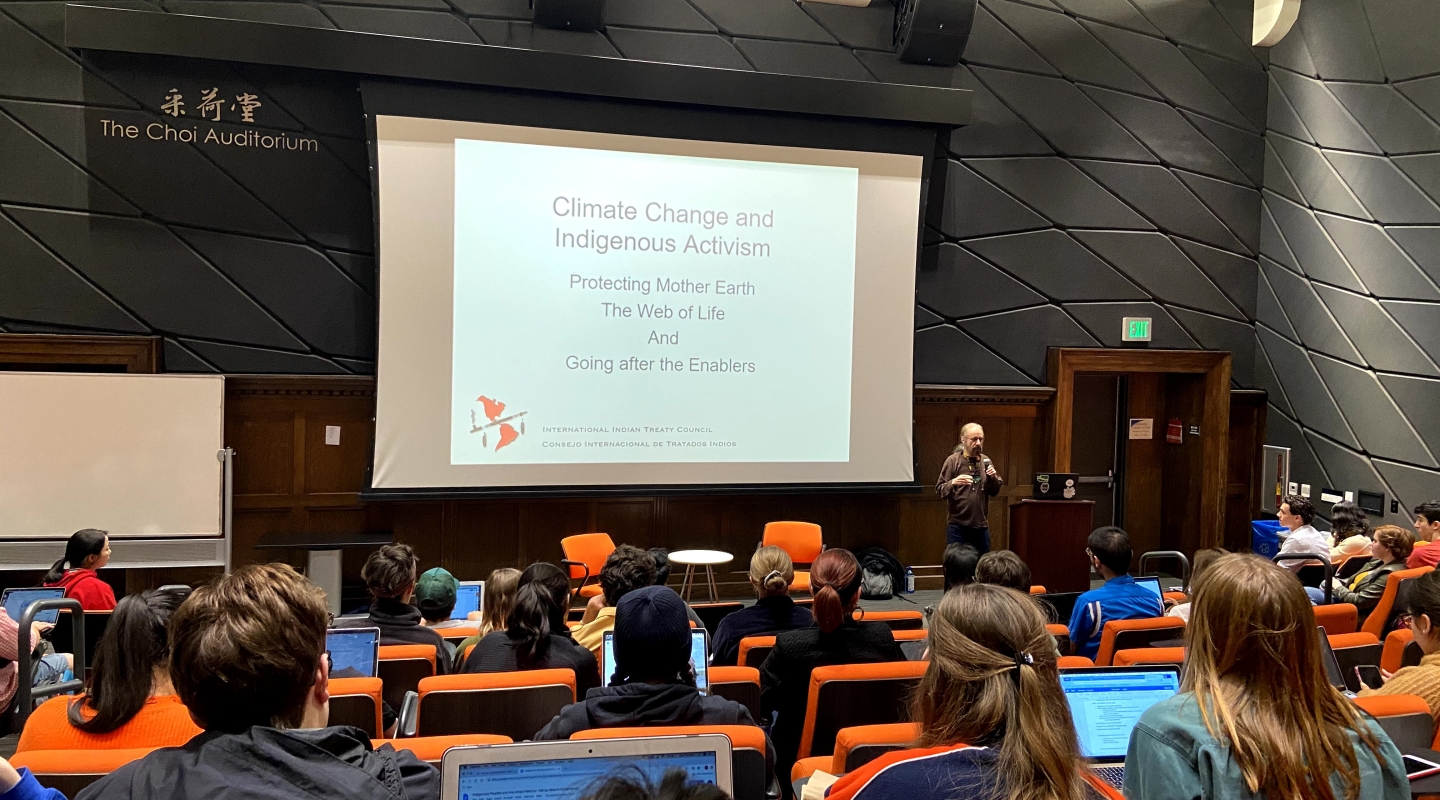 On Wednesday February 12, 2020 Alberto Saldamando, a Lawyer Advocate at Indigenous Environmental Network, gave a presentation on “Indigenous Peoples and the United Nations.”

He spoke about the Sub-Commission on Discrimination and Protection which led to a study on discrimination against Indigenous Peoples in the early 1980s. This inquiry led to a subsidiary branch of the Sub-Commission, the UN Working Group on Indigenous Populations. The WGIP was the first official body focusing on Indigenous Peoples in the UN system. Thereafter, one of the objectives of the UN General Assembly’s Plan of Action advocated for Indigenous participation in matters which “directly or indirectly affect their lifestyles.”

Indigenous Peoples are constantly excluded from mainstream politics and international relations; Saldamando highlighted how because of this exclusion, such initiatives to support Natives have been monumental in establishing an international Indigenous presence and deconstructing the perception that Natives no longer exist. Saldamando used two different events to illustrate how Indigenous People are very much alive, fighting for their lands, and in touch with the earth: the Alcatraz Occupation and the Wounded Knee Massacre. The two incidents collectively reiterate that there is a constant battle for Native land ownership to be honoured and not exploited. Saldamando’s talk made it clear that land and food sovereignty rights are significant parts of Native identity that Indigenous Peoples are still fighting for and will not surrender.