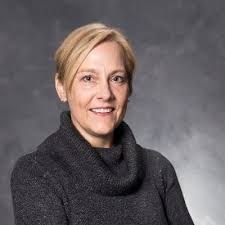 Diane Amann, chair of the Emily and Ernest Woodruff Chair in International Law at the University of Georgia School of Law, visited Occidental College to deliver a lecture at the McKinnon Center for Global Affairs on January 31, 2018. Amann discussed Trump and the United States’ relationship with human rights and how the importance of human rights has changed at home and abroad.

Diane Amann began by unpacking the title "Trump and Human Rights," stating that she would not use the title for two reasons: it implies Trump has has the sole responsibility to uphold human rights, which he cannot do alone, and that the term "human rights" comes after the fact - it is rather human security which can be protected, rights should never be violated. According to the United Nations Declaration of Human Rights (UNDHR), everyone has inherent dignity and inalienable rights. However, what does the UNDHR mean for a country like the United States, that has decreased its contributions to the United Nations, with a head like Trump, who has pledged to decrease its donation to the UN?

With both internal and international security, human rights seem to be at risk for all. Internally, after Trump was appointed to office, Muslims, Catholics, and people of color have faced increased discrimination. Policy, like the travel ban in early 2017, has become more focused on exclusion in order to maintain the America first attitude. Internationally, the current administration has pledged to keep Guantanamo Bay open, despite the allegations of human rights abuses.

Amann stated that human rights starts at home as she recalled the Tuesday, 30th State of the Union address, in which Trump called family reunification "chain migration," and began a discussion of Trump’s use of language. By using the rhetoric he does, Trump encourages a culture that values the "Rule of man rather than the rule of law." The constant tweeting and media coverage encourage the American people to keep up with the Trump administration, rather than focusing on other important issues, such as immigration, tax cuts, and international trade.

In one of her most pressing points, Amann highlighted the role of the news media and the use of clickbait in creating this era of sensational news. The media augmentation of politics in last few years has fostered confusion and perpetuated false equivalencies. With the 24-hour new cycle and the 24-hour internet, it is easier to find an audience for the antics in today’s politics. In contrast to just a  decade ago, there are audiences that can find their niches within alternative media outlets without having to rely on mainstream media outlets. Along with the sloppier journalism of some mainstream outlets, this contributes to the culture of confusion and "fake news" that has been a notable feature of the last election.

With the increasing anxiety about the country’s future, the world is likely to monitor the U.S. human rights record. Ending her lecture, Amann emphasized two very important points: America must  pick and choose human rights to uphold and hold those in positions of power accountable for their actions.