Douglas Johnson: The Costs and Consequences of the US Decision to Use Torture | Occidental College

Douglas Johnson: The Costs and Consequences of the US Decision to Use Torture 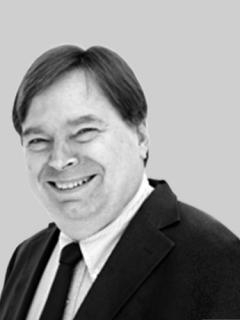 In his talk on "The Costs and Consequences of Torture," Doug Johnson examined the morality and logic of US foreign policy decisions that led to the use of torture in Guantanamo Bay. In authorizing torture, the United States had to break our own eighth amendment and the fifth amendment. The US had to break many moral boundaries, as well, by crossing the wide line before torture that is cruel, inhumane, and degrading treatment. Dr. Johnson examined the definition of torture and why it is problematic in making policy decisions- by classifying torture specifically, we create loopholes that a sadistic human imagination can wreak havoc in. Yet in classifying torture using adjectives such as "similar to organ failure or death" we cannot pin down exactly what practices are torture and are not.

Did you know that this was true? That the definition the Justice Department gives for torture is "pain akin to organ failure or death?" And that this was the line that the US government decidedly crossed (according to the investigation into advanced interrogation techniques launched by the U.S. Senate) in its interrogation of prisoners held at Guantanamo Bay?

Dr. Johnson repeatedly showed that torture was not only immoral, it was also illogical and ineffective. Information obtained from torture was low-quality (because torture victims will say whatever they think will make the pain stop) and led to wasted expenditures following false leads. Torture also has negative effects on military operations, because the reputational effects of torture decreases enemy surrenders (A surrender to the U.S. could mean torture, why would enemy troops surrender?) Finally, the major reason for American deaths in Iraq and Afghanistan was Guantanamo Bay and Abu Ghraib. As Dr. Johnson said, the U.S.’s torture of innocent "Arabs" "...was a terrorist recruiting bonanza."

Finally, there is the impact that torture has on U.S. soft power and national image. How can the U.S. tout its leadership in equal rights for all human beings while it conducts a covert operation inflicting needless pain on people for the color of their skin? How can the United States retain its position as a world leader when we have broken one of the unbreakable international norms, and our ratings are sinking even with our closest allies? How can the United States regain its national pride when we do not stand up to our past, and admit that we have indeed tortured?