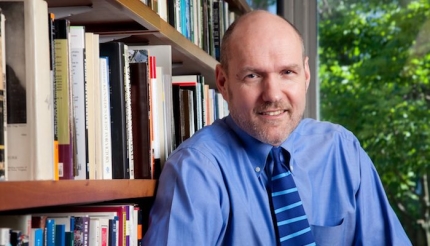 Walt began the talk by placing the United States in the international order. The enormously strong military, nuclear weapons, set of allies, and isolated geographical position make the United States extremely secure which, Walt argues, makes it difficult to conduct good foreign policy. Instead, American diplomacy rests on the idea of "liberal hegemony," characterized by the need to maintain military primacy, take the lead in addressing global problems, and spread core values such as democracy and human rights. This mindset leads to an overcrowded foreign policy agenda where no one initiative is deemed important enough to be granted sufficient resources or attention.

Next, Walt described the institutions that shape American foreign policy. There are thousands of agencies, civil society organizations, and companies working with and around the State Defense Departments, all characterized by two features. First is the strength of community, where everyone at the high levels knows one another, and job turnover frequently just means the reshuffling of the same people from one institution to another. Second is the emphasis on professional success gained by achieving a positive reputation and keeping it. These two factors lead to a huge imbalance of power between those who favor the liberal hegemony framework and those who do not; it is very difficult to circulate new or contradictory ideas.

After describing the institutions, Walt went on to examine four ways in which the establishment slows the process of change and reform. The ‘inflation’ of perceived threats, as evidenced by the dramatic response to 9/11 and, more poignantly given the timing of the talk, the nonstop news coverage of the Paris attacks. Walt stressed that the real threat of terror attacks is minuscule, and that "terrorist attacks don’t threaten us unless we overreact." Next, distorting public debate by controlling what information gets reales and/or releasing false information is a tactic used in order to sell foreign policy decisions to the public. A lack of accountability for failure, seen in a litany of high level officials who kept their jobs or transferred to equally prestige jobs at other agencies after serious blunders, is another factor in the slow pace of change within the liberal hegemonic institutions. Finally, a bad way of staffing, seen in the inefficient election process and even longer confirmation hearing process, leads to unfilled positions within the departments.

Given all of these problems, the question no longer seems to be "Why does American foreign policy keep failing?" but rather "Why does it ever succeed?" Walt left us on the ironically optimistic note that America’s strong position internationally and militarily is somewhat immune to these numerous blunders. Since America is so powerful, "our mistakes don’t matter very much."