US Global Leadership and the Next President | Occidental College

US Global Leadership and the Next President 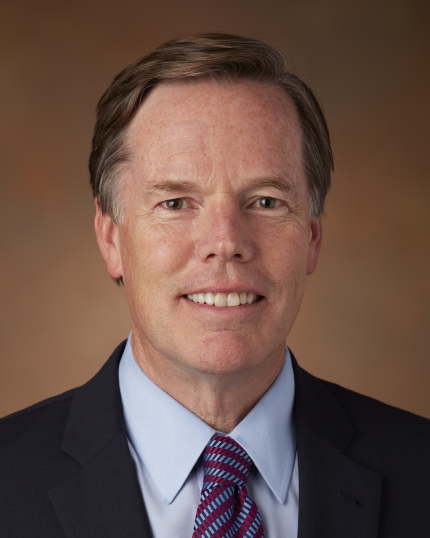 Ambassador Burns began by providing context and stating that today is not the most dangerous time, but that "we" sit in the most complex political environment since Franklin D. Roosevelt’s presidency (1933-1945). For the future administration the three most-prominent issues are (1) "Putin & Europe," (2) the "burning Middle East," and (3) "China and Asia."

Relations between Putin and Europe are divided and  "reminiscent" of Cold War times, the Ambassador said. No longer are Britain and France dominant leaders in Europe, Merkel and Germany have overtaken those countries’ receding powers. Noting that Russia is creeping a "dotted-line division" between NATO countries and Russia, Ambassador Burns suggested that future leaders build figurative bridges while Putin remains President—that engagement is the only remedy to Russia’s encroachment.

"The Middle East is burning," stated Ambassador Burns. And as the embers continue to fuel what the Ambassador believes will be 10-15 years of sustained conflict, the fire spreads outside of the region. Refugees fleeing war-torn areas present a crisis for the world, and the inhumane response by most of the Western world today only perpetuates the issue. Anti-refugee sentiments plague European and American politics. Quickly, Ambassador Burns provided data: among the 750,000 total refugees in the United States today, the number of individuals who create any form of social problem—the alleged kinds that incite hateful political speech—is limited to a single digit number. At a maximum, that is 0.0012% of the entire refugee population in the United States. In other words, the most prominent excuse to close borders is flawed. The refugee issue is just one of many for the Middle East, forcing policymakers and government officials to address two questions: which problems are priority, and when should the United States intervene? Ambassador Burns believes that diplomacy is effective and that diplomatic power can help to remedy global conundrums like these.

The third and most difficult task for the future of United States global power is going to be balancing China as the United States’s most important partner and competitor. For this, Ambassador Burns argues that the U.S. must "keep pace without being dominated."

Concluding, Ambassador Burns was optimistic. A few hopeful trends encourage this mindset: in recent history, the world has observed a "massive alleviation of poverty," especially in China, Brazil, India, and Indonesia; the world has "progressed on global public health," notably, on polio, malaria, and river blindness; ideas and capital have revolutionized the American economy creating "sustained technological innovation;" and the US has an often over-looked ability to "self-correct," which is one of the many reasons why it is a "great country" and will continue to be one. Moreover, the United States has an opportunity to be a coalition builder; multilateral diplomacy is the future.

Ambassador Nicholas Burns commanded the iconic Choi Auditorium, flashing his diplomatic disposition in the most humble of ways. Ambassador Burns only excited Occidental students for the future prospects in tomorrow’s diplomacy.