Managing National and International Violence: From Demonstrations To Transformations 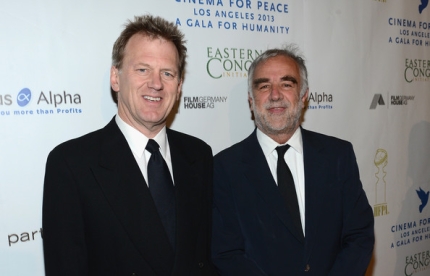 Luis Moreno Ocampo is the former first Chief Prosecutor of the International Criminal Court, and Ted Braun is a noted documentarian and the Joseph Campbell Endowed Chair of Cinematic Ethics at USC.

In their talk on Wednesday, former Luis Moreno Ocampo and Ted Braun discussed the need to embrace current movements that resist state violence and turn momentum into lasting transformation both domestically and abroad. The speakers highlighted the prevalence of brutality from police and armed forces against civilians and the degradation of individual rights that comes with that violence. Moreno Ocampo asserted that a crucial part of ending these cycles of violence is holding states and other institutions accountable. Often, the general public may not be aware of the egregious human rights abuses taking place. However, through organizations like Wikileaks and the ability for virtually anyone to record or photograph atrocities as they are happening, the international community can more easily and swiftly become aware of instances of states abusing their power, using excessive force, and more.

Braun and Moreno Ocampo emphasized the great impact that witnessing violence can have on individuals who ordinarily would be removed from it. Part of holding states accountable is being able to, first and foremost, identify wrongdoing. They ended their talk hopeful that younger generations will see this violence and reject the notion that states can inflict any violence they please for their own motives without consequence.