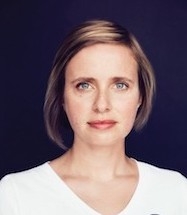 On Friday, September 27th, activist Miry Whitehill came to Oxy to talk about her nonprofit, a refugee resettlement organization based in Northeast LA called Miry’s List.

A University of Maryland graduate, Miry studied and worked in marketing and advertising before only recently falling into her refugee-focused activism work. Miry’s List began when Miry received a call from a fellow mother asking about a jumper chair for her baby. The woman was new to the neighborhood and had noticed that Miry had a child of around the same age, and called with hopes that Miry would have a chair to lend her. Miry visited the home of this woman and learned that she was a Syrian refugee who had just settled in Los Angeles. Miry noticed how empty her home was and ended up making a list of 42 items and products that she deemed necessary for any family to live comfortably. She posted the list on her personal Facebook page, and within two weeks she had received all 42 items as donations. This “outpouring of love,” as she described it, opened her eyes both to the structural issues within United States refugee resettlement system and to the willingness of strangers to help refugees feel welcome in their new home. Miry’s List expanded organically, with Miry visiting more and more refugee family homes, making lists, and posting them on Facebook. The organization grew to include 60 families within the first year, and Miry began using Amazon wishlists to facilitate the transportation of items on the list directly to the families in need. Miry’s List has now helped over 350 families, and has expanded its reach through educational talks at schools, pairing new refugees with welcoming families in Los Angeles, hosting community dinners, and more.

As the talk progressed, Miry moved from speaking about her small-scale work in Los Angeles to a broader conversation about institutional systems of refugee resettlement in the United States. The current resettlement system is funded and managed by the government, and was developed after World War II in response to the influx of Jewish people fleeing Nazi Germany. There is an annual, national refugee admission cap that is set by each sitting president, and this cap has reduced from 110,000 under President Obama to 30,000 under President Trump with plans to be reduced again to 18,000 in 2020. Because the number of refugees allowed into the US determines the amount of funding given to refugee resettlement by the government, the resources available to refugees and the system’s infrastructure are steadily being chipped away.

Miry described the attitude of the government towards refugees as one that prioritized only the bare minimum: keeping refugees alive. She explained how the current system pays no attention to the long-term needs of resettled families or to what it takes for refugees to feel welcome in their new home. The goal of Miry’s List is to fill this gap between the basic needs of refugees that are addressed by the government and the holistic needs of refugees that can only be filled by caring strangers. Miry concluded her talk by imploring those in the audience to become active, welcoming neighbors to resettled families by volunteering with organizations like Miry’s List and by normalizing the education of, and conversations about, refugee resettlement in the United States.