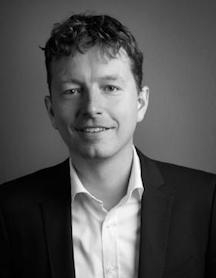 Dr. Steven Jensen of the Danish Institute for Human Rights presented a narrative of human rights which highlights new scholarship on the Global South's important role.

While working at the UN, Steven Jensen noticed that many of the small states in the global south were actually the ones pushing for expansion of human rights frameworks, but most research focused on western powers as the leaders in human rights development. Moreover, due to a lack of official human rights covenants between 1949 and the late-60s, most research overlooked the important events and conversations in the interim period that laid the foundation for later institutionalization.

Steven Jensen is now a lead researcher for the Danish Institute of Human Rights, an independent human rights organization funded by the Danish government. As a historian by trade, Jensen began investigating how human rights developed and who was truly leading its development during a time period that most literature had ignored. Far from the comfort and ease of the British Library, Jensen found great value in the archives of Jamaica and other global south states where researchers had previously failed to look. From a student perspective, this was an important lesson in the value of international, on the ground research.

Through research, Jensen found that Jamaica, Liberia, and other newly independent states were the only ones pushing for human rights throughout the 1960s. Jensen goes as far to say that Egerton Richardson, Jamaica’s first representative to the UN, may be the most important leader in the development of human rights because he forced the topic to continue to be developed and expanded during a period where the major powers attempted to leave the concept in the past. Jensen found that eventually, as the western powers ceded to global south pressures, a dominant narrative developed which emphasized American and British leadership.

Jensen was able to deconstruct neocolonial myths and highlight the agency of global south states. The talk provided a powerful example of how a determined researcher can utilize international research to challenge globally accepted truths.