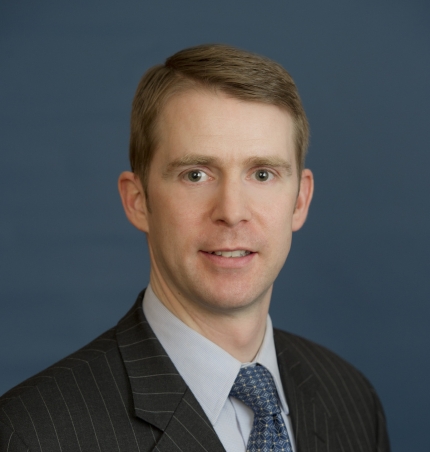 Toby Dalton '79 from the Carnegie Endowment for International Peace engaged with Oxy students and faculty on modern nuclear proliferation. Dalton is an expert on non-proliferation and nuclear energy.

Toby Dalton is an expert on non-proliferation and nuclear energy. During his talk, Dalton explained that both climate change and nuclear weapons represent existential problems. Nuclear destruction is a far less probable event, even though there are still around 14,000 nuclear weapons in the world. The United States and Russia both have around 6000 weapons, while North Korea has around 100. Dalton explained that even though nuclear weapons are not often in the news, this topic is relevant because the more countries that have weapons, the greater chance of miscalculation and accidents.

In conversation with Ambassador Derek Shearer, Dalton connected climate change and nuclear weapons as one existential threat. He explained that the cities of Hiroshima and Nagasaki have mostly recovered since World War II. However, we must be aware of the global climate effects of nuclear weapons. The use of weapons leads to dangerous lofted smoke in the stratosphere and the destruction of land and agriculture. In this way, nuclear proliferation is an Environmental Justice and humanitarian issue.

Dalton explained the ways in which the Trump administration has maintained performative diplomacy surrounding nuclear weapons. The Trump administration has not created new problems, however it has exacerbated global nuclear tensions and done “serial damage to the scaffolding of non-proliferation.” Since the end of the Cold War, practices, norms, treaties, and bilateral agreements have created a world order around non-proliferation. At its peak in the Cold War, the United States has 25,000 weapons, today it has 6,000. However, the rhetoric in the Trump administration threatens years of work made by scholars and world leaders to create norms of non-proliferation. For example, John Bolton said that the United States needs to exercise its strength and power, not restrain itself -- in terms of nuclear weapons. This rhetoric damages the United States as a reliable ally and systematically undermines collective security agreements. Dalton described the “mess” that the next U.S. president will inherit, and explained that until the 1990s, nuclear weapons were a bipartisan issue, however, today there is no agreement or productive conversation around this issue. Nuclear proliferation is not something of the past, it still permeates political discourse and heightens fear in individuals around the world.