Saving the Environment, One Field Manager at a Time | Occidental College

Saving the Environment, One Field Manager at a Time 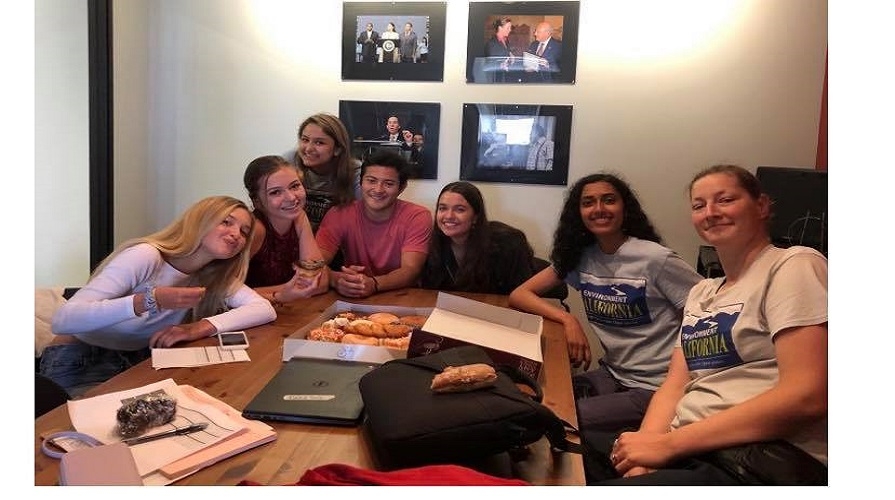 Hey y’all! My name is Liz Frissell and I’m a rising sophomore at Occidental. This summer I’ve been working for Environment California, the largest nonprofit organization in the state.

Before I begin writing about my job, I want to introduce myself. I’m a philosophy major and planning to attend law school after Oxy. I absolutely love it here. I’m an Orientation Leader, Honor Board Juror, treasurer for Active Minds and Greek Council, and chair of Law Society.

I found my job this summer on Oxy’s career website, Handshake. I was able to submit my cover letter and resume over Handshake last spring. A few days later, I received a call from Environment California. We had a nice conversation about my summer availability and philosophy, and I was invited to the office for an interview for an intern position. During the interview, I talked about the experiences I had during my first year at Oxy. I told them about how as a first-year student I had created and ran fundraisers for Active Minds (student activism group for mental health), and how I created a free LSAT Prep program for Oxy students. Perah, my interviewer and now my friend, told me that she thought I was too qualified to be an intern because of my organizing experience. Instead she offered me a job on the spot as a field manager. This position meant significantly higher pay and also meant that I was working alongside a 25-year-old Stanford graduate. I accepted the job offer even though I didn’t think I was qualified. 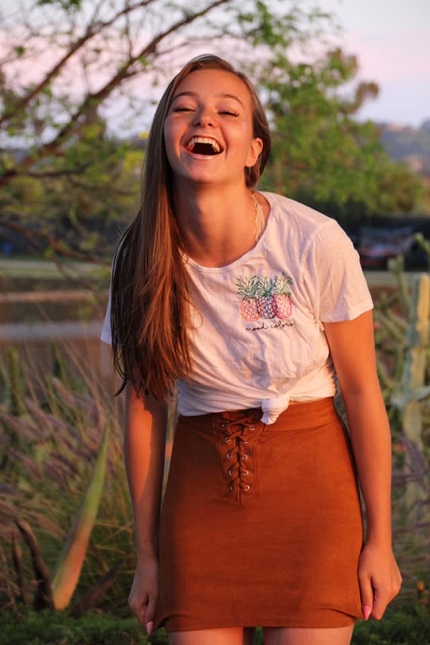 So, what is Environment California? Environment California (subsection of Environment America) is a nonprofit organization that focuses on lobbying for environmental policy issues. In the past they’ve banned single-use plastic grocery bags and introduced ask-only policies for plastic straws in restaurants. Environment California has also lobbied against McDonald’s, forcing them to stop buying meat that was raised using antibiotics. Our current campaign is to ban polystyrene (styrofoam) in California. We are lobbying for two bills, Senate Bill 54 and Assembly Bill 1080. The bills are identical and would both ban styrofoam cups and containers in California by 2022. We issued two bills because there is a likely chance that one of them might die. As of today, both bills are still alive and were approved by their house of origin. If they are voted on by the opposite house by the end of the summer session and approved by the governor, the ban will be instituted.

Every day on the job is different. As a field manager, I have a few different duties, mainly dealing with canvassers. Our office, which is in Koreatown, sends out about thirty canvassers six days a week. Every day I’m in charge of a group of five canvassers. The canvassers knock on ninety doors a night, educating the public and gathering petition signatures and donations. In the mornings, I come into the office and use our complicated computer system to assign each canvasser their own houses. This is difficult and time consuming since we want to send the canvassers to safe and friendly neighborhoods with no overlap. After assigning houses, I distribute the tablets and literature that are used for canvassing. Next I drive my five canvassers to their neighborhood. I drop them off and make sure everyone is okay. If anything happens to them while they’re canvassing I’m the point person to call to deal with any issues. Then I spend a few hours teaching a new employee how to canvass before picking up my canvassers and bringing them back to the office. There I debrief them on their day, collect their donations and clock them out.

My job is not the most glamorous but I love it. The office is run completely by women and after work we go out to eat together. I’m working on an environmental issue that I really care about. I’m getting real job experience and learning how to run nonprofit computer systems. And I’m insanely grateful to Oxy for giving me the means to apply for this job and the ability to get it.