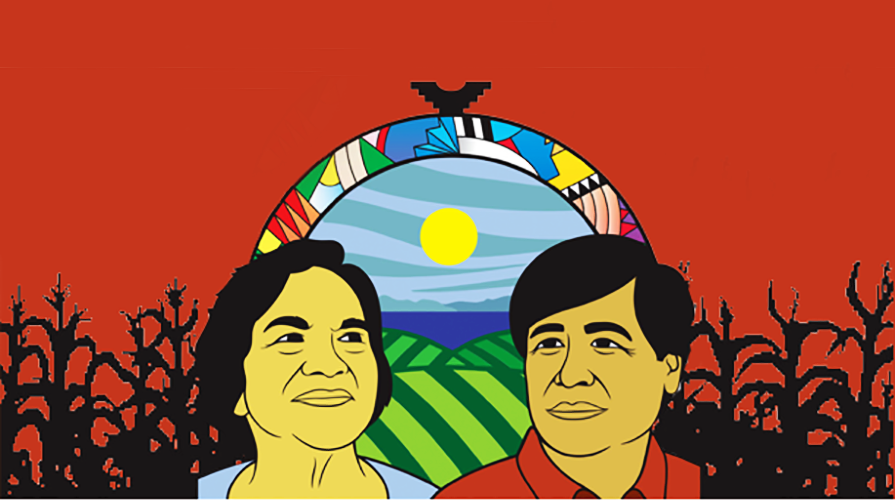 The Chávez-Huerta Day of Service engages Oxy students, staff, and faculty, and alumni in a community-based project that embodies the spirit of Justice.

On March 31, Cesar Chavez Day, farm workers will fan out to major California cities and across agricultural areas to hold human billboards to ask CA Gov. Newsom to sign the Agricultural Labor Relations Voting Choice Act (AB 2183-Stone). Will you join us?

The Governor refused to meet on Cesar Chavez Day with the UFW and farm worker leaders about this critical bill. The farm workers' response is to hold public events on 3/31 to make it clear to Gov. Newsom that a living legacy to Cesar is not just proclamations and holidays. It's making a difference for the people Cesar dedicated his life to.

The UFW has reintroduced a new version of last year's Agricultural Labor Relations Voting Choice Act (AB 2183-Stone) and it has even more legislative support. This vital bill aims to give more choices to farm workers when voting in their union elections without supervisors standing around intimidating them. This bill aims to give farm workers a fairer shot at having their voice heard. Without it, farm workers don't have a fighting chance.

Cesar Chavez Day isn't just a history lesson. The legacy of Cesar Chavez is alive, and we are calling on you to spend Cesar Chavez Day by standing with farm workers, calling for Gov Newsom's support. Click here for more information. 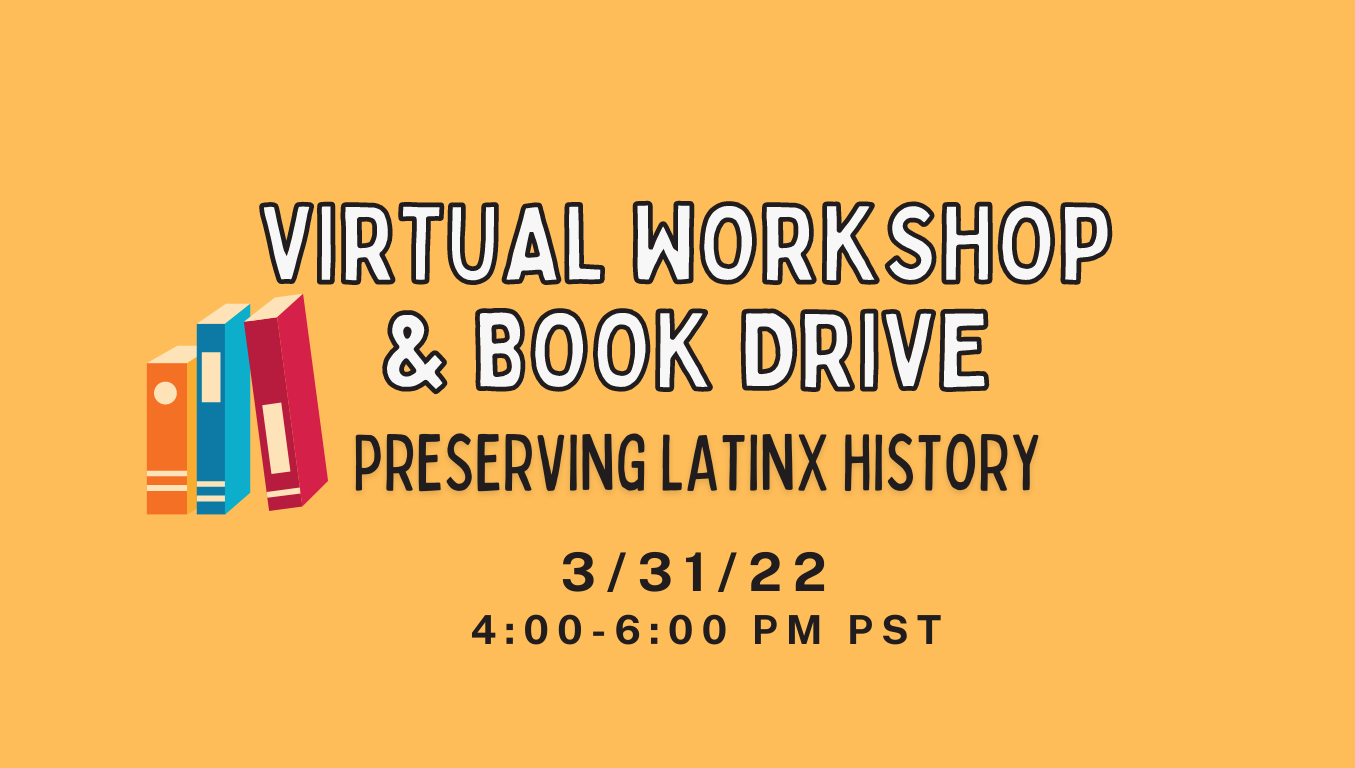 César Chávez Day of Service is an opportunity to honor the life and work of the civil rights and labor movement activist. This year, L.A. Works invite volunteers to address the academic achievement gap within the Latinx community, coming together in service to emphasize celebrating the diversity of Latinx history in education and supporting day laborers, their families, and the community at large.

While his challenging views on undocumented immigrants are not aligned with our values, his impact on farmworkers labor rights is undeniable. To learn more about César Chávez's legacy and complicated views on undocumented farmworkers, we recommend this article from the Los Angeles Times. This year, L.A. Works offers two unique virtual workshops to commemorate the day:

Deliver with Dignity: Want to join the growing movement for farmworker justice? Join hundreds of allies across the country as we make the call for Uber Eats, DoorDash, Grubhub and Postmates to take a stance on farmworkers' human rights and drop Wendy’s from their list of delivery options until the fast-food chain ensures farmworkers in its supply chain are protected through the Fair Food Program. CLICK HERE TO TAKE ACTION.

COVID-19 Farm Worker Relief: The National Young Farmers Coalition (Young Farmers) recognizes that farm workers have been left out of COVID-19 relief efforts, including our own. More often than not, this population is further marginalized during times of crisis. We realize that farm workers, particularly those who are undocumented, endure daily harm from the effects of systemic racism, inequities, and anti-immigrant policy, and that this harm is amplified when our food system is in crisis. Our coalition commits to working in solidarity with leading farm worker organizations to increase protections for farm workers during and after the pandemic. CLICK HERE TO TAKE ACTION.

Half a century ago this summer, labor activist César Chávez joined thousands of striking farmworkers in Texas as they converged on Austin, the state capital, to demand fair wages and humane working conditions. Their march, which started from the punishing melon fields of South Texas, was his march, too. It was a deep and abiding understanding of the challenges of the farmworker's life that drove his commitment to labor rights. The life of César Chávez mirrored that of the people he was trying to help. Their cause — La Causa — was his. Read NPR's Cesar Chavez: The Life Behind A Legacy Of Farm Labor Rights.

Cesar Chavez Foundation: At the Foundation, their mission is to carry on Cesar’s life’s work of uplifting the lives of Latinos and working families by inspiring and transforming communities through social enterprises that address essential human, cultural and community needs.

“Sí, se puede.” We hear it at protests and see it written on signs at marches, and it became the rallying cry of Obama supporters during his 2008 presidential campaign. A chant of unity and strength, it has been embraced by many social movements that have brought American democracy closer to its promise. It signifies the movement for economic justice and farmworker dignity that Dolores Huerta began in the 1960s, before many who chant her words today were even alive. Read the article published in TIME Magazine's 100 Women of the Year issue.

The Dolores Huerta Foundation: The Foundation is a 501 (c)3 organization on a mission to inspire and organize communities to build volunteer organizations empowered to pursue social justice. DHF organizes at the grassroots level developing natural leaders with hands-on training through collective action working to establish Vecinos Unidos (Neighbors United) chapters in some of the most disenfranchised regions of California.

Begun in 1962 by César Chávez, Dolores Huerta, Gilbert Padilla and other early organizers, the United Farm Workers of America is the nation’s first enduring and largest farm workers union. The UFW continues organizing in major agricultural sectors, chiefly in California. Recent years have witnessed dozens of UFW union contract victories protecting thousands of farm workers, among them agreements with the some of the largest berry, winery, tomato, dairy and mushroom companies in California and the nation. More than 75 percent of California’s fresh mushroom industry is now under union contract. Many recent UFW-sponsored laws and regulations protect all farm workers in California, especially those at non-union ranches. They include the first state standards in the U.S. to prevent further deaths and illnesses from extreme heat and in 2016 the first law in the country providing farm workers in California with overtime pay after eight hours a day. The UFW continues to actively champion legislative and regulatory reforms for farm workers covering issues such as worker protections, pesticides and immigration reform. LEARN MORE AND TAKE ACTION.

Campaign for Equal Opportunity: Since 1968, UnidosUS—formerly known as NCLR—has remained a trusted, nonpartisan voice for Latinos. They serve the Hispanic community through their research, policy analysis, and state and national advocacy efforts, as well as in their program work in communities nationwide. And, they partner with a national network of nearly 300 affiliates across the country to serve millions of Latinos in the areas of civic engagement, civil rights and immigration, education, workforce and the economy, health, and housing.

The Immigrant Worker Safety Net Fund: NDLON improves the lives of day laborers, migrants and low-wage workers by developing leaders among those facing injustice, so they can challenge inequality and expand labor, civil and political rights for all. Without paid sick time leave, remote work capability, health care, access to jobs, and financial security, migrants are uniquely vulnerable, and the support we collectively muster for the Immigrant Safety Fund might be the only lifeline for thousands of people most at risk in our communities.

Fair Food Program: The Coalition of Immokalee Workers’ (CIW) Fair Food Program is a unique partnership among farmers, farmworkers, and retail food companies that ensures humane wages and working conditions for the workers who pick fruits and vegetables on participating farms. It harnesses the power of consumer demand to give farmworkers a voice in the decisions that affect their lives, and to eliminate the longstanding abuses that have plagued agriculture for generations.

Chronicling the birth of a modern American movement, César Chávez tells the story of the famed civil rights leader and labor organizer torn between his duties as a husband and father and his commitment to securing a living wage for farm workers. Passionate but soft-spoken, Chávez embraced non-violence as he battled greed and prejudice in his struggle to bring dignity to people. Chávez inspired millions of Americans from all walks of life who never worked on a farm to fight for social justice. His triumphant journey is a remarkable testament to the power of one individual's ability to change the world. CLICK HERE FOR MORE INFO.

In 1968, César Chávez led a boycott that resulted in a collective bargaining agreement guaranteeing field workers the right to unionize. Learn more about how Chávez grew from migrant farm worker to civil rights champion in this video. CLICK HERE FOR MORE INFO.

Dolores Huerta is among the most important, yet least known, activists in American history. An equal partner in co-founding the first farm workers unions with Cesar Chavez, her enormous contributions have gone largely unrecognized. Dolores tirelessly led the fight for racial and labor justice alongside Chavez, becoming one of the most defiant feminists of the twentieth century—and she continues the fight to this day, at 87. With intimate and unprecedented access to this intensely private mother to eleven, the film reveals the raw, personal stakes involved in committing one’s life to social change. CLICK HERE FOR MORE INFO.

The Art of Activism (interview)

Check out the The Aspen Ideas Festival video of the lively discussion on the art of activism, between Dolores Huerta and Jose Antonio Vargas, the founder and CEO of Define American, the nation’s leading non-profit media advocacy organization that uses storytelling to humanize the conversation around immigration, citizenship, and identity in a changing America. CLICK HERE FOR MORE INFO.

For more information about our Days of Service, email mrodriguez6@oxy.edu