Encounter speakers who challenge and inspire. 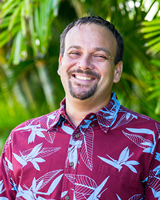 Nāʻālehu Anthony is a Native Hawaiian from Kaʻaʻawa, O’ahu and is the founder of Palikū Documentary Films - a production company that focuses on documentaries and oral histories with a special emphasis on Hawaiʻi and its people. Anthony has a vast array of experience in the film industry and has been immersed in the Hawaiian community throughout his life. His desire to give voice to Hawaiʻi’s stories as told by Hawaiians from our perspective is the very reason Nāʻālehu pursued a career in film and television. Nāʻālehu’s other great passion is being a part of the voyaging community. As a crew member since 1995 and more recently as a captain aboard Hōkūleʻa, his voyaging experiences have shaped and defined him as a person and has been a focal point for his films. 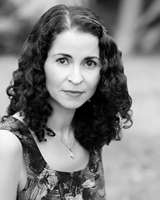 Laila Lalami was born in Rabat and educated in Morocco, Great Britain, and the United States. She is the author of four novels, including The Moor’s Account, which won the American Book Award and was a finalist for the Pulitzer Prize in Fiction, and The Other Americans, which was a Los Angeles Times bestseller and a finalist for the National Book Award in Fiction. Her essays have appeared in The Nation, Harper’s, the Guardian, the Washington Post, and the New York Times Magazine. She is the recipient of fellowships from the British Council, the Fulbright Program, and the Guggenheim Foundation, and is currently a professor of creative writing at the University of California at Riverside. She lives in Los Angeles. 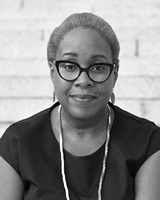 Mabel O. Wilson is the Nancy and George Rupp Professor at the GSAPP and a professor in the African American and African Diasporic Studies Department at Columbia University. She serves as the Associate Director at the Institute for Research in African American Studies and co-directs Global Africa Lab. She is a designer/historian on the architectural team for the Memorial to Enslaved African American Laborers at the University of Virginia.  She is the author of Begin with the Past: Building the National Museum of African American History and Culture (2016) and Negro Building: Black Americans in the World of Fairs and Museums (University of California Press, 2012). She is currently developing the manuscript Building Race and Nation: How Slavery Influenced Antebellum American Civic Architecture and collaborating on a collection of essays on race and modern architecture. She is a founding member of Who Builds Your Architecture? (WBYA?)—an advocacy project to educate the architectural profession about the problems of globalization and labor. 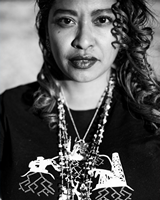 Jihan Gearon is Navajo and Black from the Navajo Nation. She is a graduate of Stanford University with a Bachelor of Science in Earth Systems and a focus in Energy Science and Technology. She serves on the boards of Sustainable Nations Development Project and Groundswell Fund, and on the advisory committee of Radical Imagination Family Fund. Her work over the past 15 years has made her a nationally recognized movement leader in environmental and climate justice, just transition, Indigenous Peoples rights, and Indigenous feminism. Jihan is a skilled and creative facilitator, popular educator, movement-builder, writer, and painter. She was named one of the “Grist 50! The 50 People You'll Be Talking About in 2016” and was recently awarded the NDN Changemaker Fellowship.

This lecture is sponsored by the Core Program and the Antoinette and Vince M. Dungan Lectureship on Energy and the Environment.