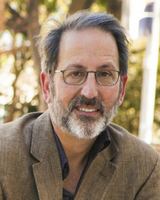 Jay Famiglietti is a hydrologist, a professor of Earth System Science and of Civil and Environmental Engineering at the University of California, Irvine, and the Senior Water Scientist at the NASA Jet Propulsion Laboratory at the California Institute of Technology. Jay and his team have been researching and communicating about water and climate change — in academia, in business, in government and to the general public — for over 25 years. His research is often featured in the international news media, including the New York Times, the Los Angeles Times, The Economist, CNN/Fareed Zakaria GPS, and network television news. Jay is a regular guest on National Public Radio, BBC Radio, and other public radio shows. For more about Famiglietti and his work, visit his website. 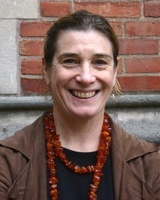 Panel: "Sustainable Change: Institutions, Law, and Movements in the Advancement of Sexual Orientation and Gender Related-Rights"

Movements: “Non-Governmental Organizations and Advocacy around Sexual Orientation, Gender Identity and Beyond: 'Closely-held' vs 'Publicly-held’ NGOs"

Alice M. Miller is an Associate Professor (Adjunct) of Law at Yale Law School and co-director of the Global Health Justice Partnership. She is also an Assistant Clinical Professor in the Yale School of Public Health and a Lecturer in Global Affairs at the Jackson Institute for Global Affairs at the Whitney and Betty MacMillan Center for International and Area Studies. An expert in gender, sexuality, health and international human rights, Miller previously taught at the University of California, Berkeley School of Law, where she was faculty director of the Women’s Institute for Leadership Development, and at Columbia University, where she was co-director of the Center for the Study of Human Rights. She holds a B.A. from Harvard and a J.D. from University of Washington School of Law. 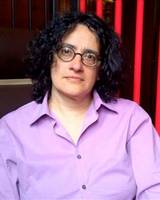 Cynthia Rothschild is an independent activist and consultant with a focus on United Nations advocacy and policy, sexual rights, HIV & AIDS, and women human rights defenders. For over two decades, she has worked with activist networks and NGOs within and outside the US, including the Center for Women’s Global Leadership (where she was the Senior Policy Advisor), and a number of women’s and reproductive rights groups and AIDS service organizations. In 2011, Cynthia consulted with the UN Office of the High Commissioner for Human Rights, where she made significant contributions to the UN’s groundbreaking report on discrimination and violence based on sexual orientation and gender identity. She is the author of Written Out: How Sexuality is Used to Attack Women's Organizingand the co-author of Strengthening Resistance: Confronting Violence Against Women and HIV/AIDS and Amnesty International’s Crimes of Hate, Conspiracy of Silence: Torture and Ill-Treatment Based on Sexual Identity. 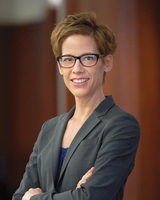 Law: “Sexual Orientation and Gender Identity in Regional and International Law: Of Movements and the Law"

Margaret Satterthwaite is Professor of Clinical Law at New York University School of Law and Director of the Center for Human Rights and Global Justice, the Global Justice Clinic, and the Robert L. Bernstein Institute for Human Rights. Her research interests include economic and social rights, human rights and counterterrorism, and methodological innovation in human rights. She has worked for a variety of human rights organizations, including Amnesty International, Human Rights First, and the Commission Nationale de Verité et de Justice (Haitian Truth and Justice Commission), and has authored or co-authored more than a dozen human rights reports. She has engaged in human rights work in places such as Haiti, Nigeria, Northern Ireland, the United States, and Yemen. 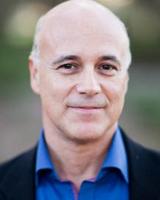 Anthony Chase is Professor of Diplomacy and World Affairs at Occidental College. He is a theoretician of human rights, most often in the context of the Middle East. His current projects include the Handbook on Human Rights and the Middle East and North Africa (Routledge, 2016) and an article entitled “Human Rights Contestations: Sexual Orientation and Gender Identity." His most recent book is Human Rights, Revolution, and Reform in the Muslim World (2012). 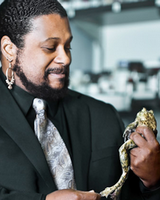 Tyrone Hayes: "From Silent Spring to Silent Night: A Tale of Toads and Men"

Dr. Hayes is a professor in the Department of Integrated Biology at UC Berkeley. His research examines environmental and biological issues at various levels, from the molecular to the ecological. He is well known for his work examining the role of steroid hormones in amphibian development—particularly related to metamorphosis and sex differentiation—and has conducted both laboratory and field studies in the United States and Africa. In the early 2000s he published research suggesting that Atrazine, one of the most widely used industrial herbicides in America, posed a serious environmental threat. This claim thrust him into the spotlight and started a decade-long dispute with the agricultural giant Syngenta.