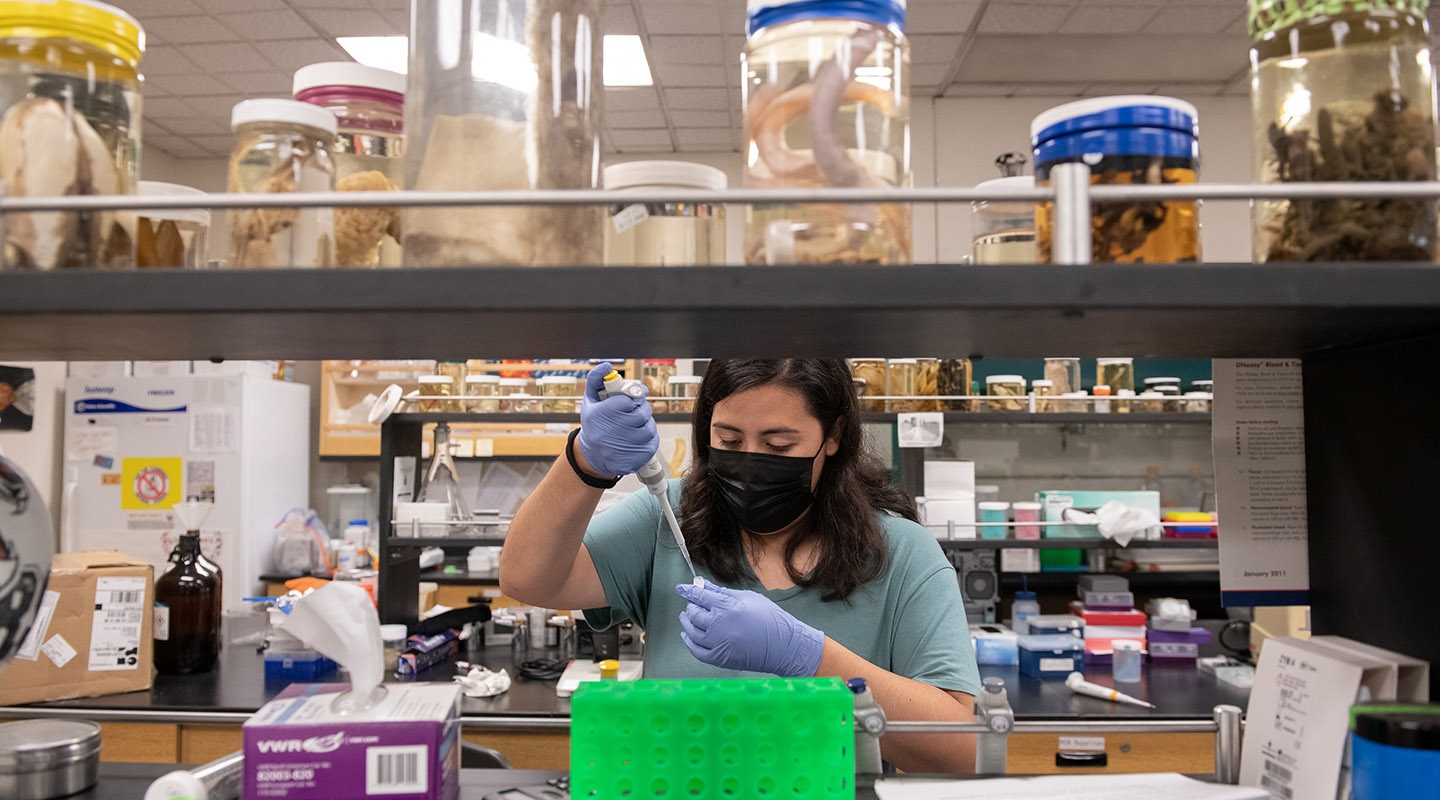 More than 100 students have convened at Occidental for the annual 10-week research program, some living and learning on campus for the very first time.

Ever heard of a leech nursery? Anahy Lizarraga ’23 can tell you a thing or two about it.

This summer, the Pomona native is studying the bacterial community of a leech from the genus Branchellion that lives (and feeds) on the undersides of round stingrays. Her project is titled “The Blood Suckers of the Sea: Investigations on the Branchellion leech from Southern California and its Microbial Community.”

Lizarraga’s faculty mentor is Professor of Biology Shana Goffredi, with whom she did research remotely as a sophomore. The biology major is thrilled to be back on campus again, and her work has already been fruitful. After a couple of weeks of collecting and analyzing leech specimens from the Cabrillo Marine Aquarium, she discovered Branchellion hatchlings in the nursery, which came from 0.5 mm cocoons hidden in the sand. 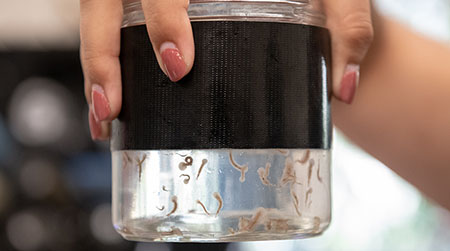 “There is very little written about the Branchellion life cycle and their bacterial community, so we’re confident this new data will be important to document for the scientific community,” she says. “We were also able to catch a live video of a leech hatching from its cocoon.”

Along with 115 other students, Lizarraga is a participant in the Undergraduate Research Center’s Summer Research Program (SRP), which has returned this summer in a partially in-person format (the August 4 conference will remain virtual) and runs from June 1 to August 6. The new URC director this year is Associate Professor of Philosophy Clair Morrissey.

Some students are taking advantage of the opportunity for funded, dedicated research as a way to refine their techniques and methodologies and get ahead on their senior comps and grad school preparation. Some are passionate about continuing research they began earlier in their undergraduate career. But they are all happy to be on campus with their peers after nearly 15 months of remote learning.

“I was so ready to come back to campus again,” says Lizarraga, who only got a semester and a half in Eagle Rock as a first-year before COVID-19 sent everyone home.

“It has been great to see familiar faces and meet new people. It’s only been a couple of weeks and I have already made a lot of friends,” she adds.

A sight for sore eyes

When insurrectionists stormed the U.S. Capitol on January 6, Rowan Hoffman ’22 was compelled to better understand how we as a nation arrived at this point—and where it all started.

“I’m looking at the origins of media polarization in television by focusing on the late 1960s and early 70s,” says the history and Media Arts and Culture double major from Portland, Ore. “During this period, television news began to explode in popularity and ushered in a new form of journalism.” 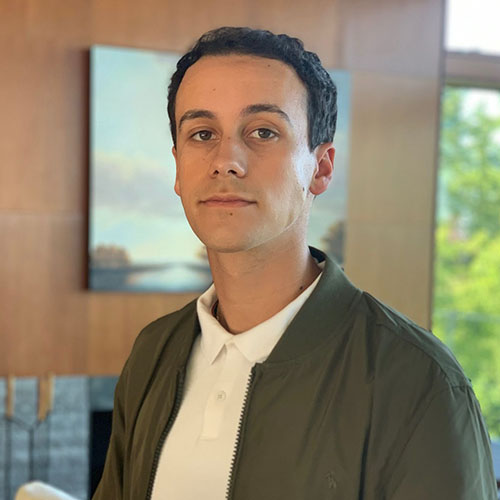 Mentored by Associate Professor of History Jane Hong, Hoffman is watching archived TV footage from a 15-year period to identify changes in how events were covered and how language was used.

Recently, he was sitting under the jacaranda trees on campus during a Thursday Pod Lunch—where SRP participants all eat together in distanced pods—noticing all the students spread across the Quad, talking and laughing. “It was a sight for sore eyes, to say the least,” he says.

So far this summer, he’s been surprised by his ability to focus deeply on his project. “That might sound funny, but it was a very long year being on Zoom in your room,” he explains. He’s grateful to be able to work in the library again, which makes engaging with his research easier and more normal-feeling.

“I’m a far happier student now than I was, say, five months ago,” he says.

Support that goes above and beyond

Britney Aboagye ’22 knew she was on to something important when her interviews with Black marketing professionals kept yielding the phrase, “I don’t want to get fired for saying this, but … ” The sociology major from Newark, N.J., is interested in the influence of Black culture on entertainment, music, fashion and innovation, and her project is called “Do it for the Culture: Black Cultural Agency in Social Media.” 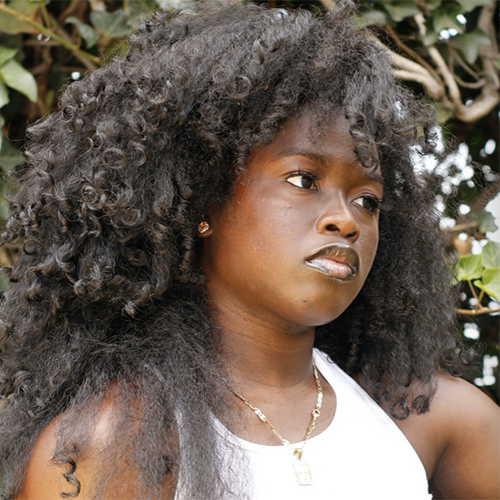 Aboagye has been interviewing Black content creators at Viacom, NBC Universal and Bustle, and says she’s been hearing about a lack of agency for people working in this area. “How can you curate content that’s representative of your identity but feel silenced when you want to express your concerns about how this content is being portrayed?” Aboagye says.

She’s planning to write a 30-page paper that will become her senior comps. She and her adviser, Assistant Professor of Sociology Benjamin Weiss ’16, have also talked about longer-term goals, such as turning her project into a journal article, book or documentary.

“He’s gone above and beyond in supporting me beyond this three-month project, saying, ‘this could be something you devote your life to and I’m here to support you in any way, shape or form.’ I’m really appreciative of that,” Aboagye says.

Chester Cahill ’24 of Los Angeles is excited to be working in a lab for the first time in his college career. A chemistry major, he intends to complete the 3-2 engineering program. In addition to letting him get ahead academically, summer research is also allowing him to see science in action and providing him with faculty mentorship.

“Although I knew chemistry and chemical engineering are things I’m academically interested in, I wanted to learn more about the real applications of these fields and what the daily life of a chemist is like,” Cahill says. 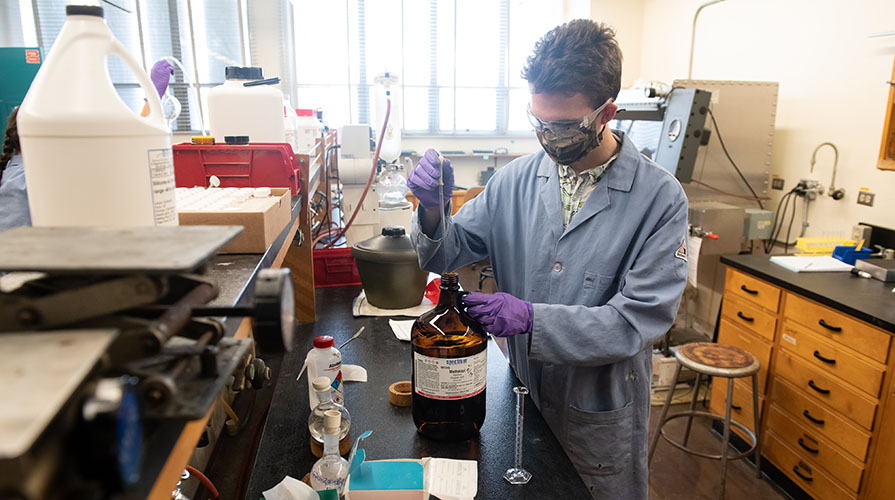 A first-generation student, Cahill is also part of the inaugural Research Early Access Program (REAP), which identifies qualified students during their first year and provides stipends for participation in immersive research experiences.

His research, overseen by REAP Director and Associate Professor of Chemistry Emmanuelle Despagnet-Ayoub, relates to redox flow batteries and how to maximize their energy storage. Cahill is analyzing a specific molecule that can be bonded to a carbon-based structure, which will allow more of that molecule to be added to the fluid within these batteries and hopefully increase their energy potential.

He enjoys working closely with his five other labmates and professor, and says being on campus for the first time is “a breath of fresh air.”

“Having that in-person interaction and collaboration—there’s just nothing else like it.” 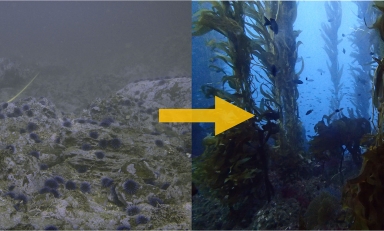