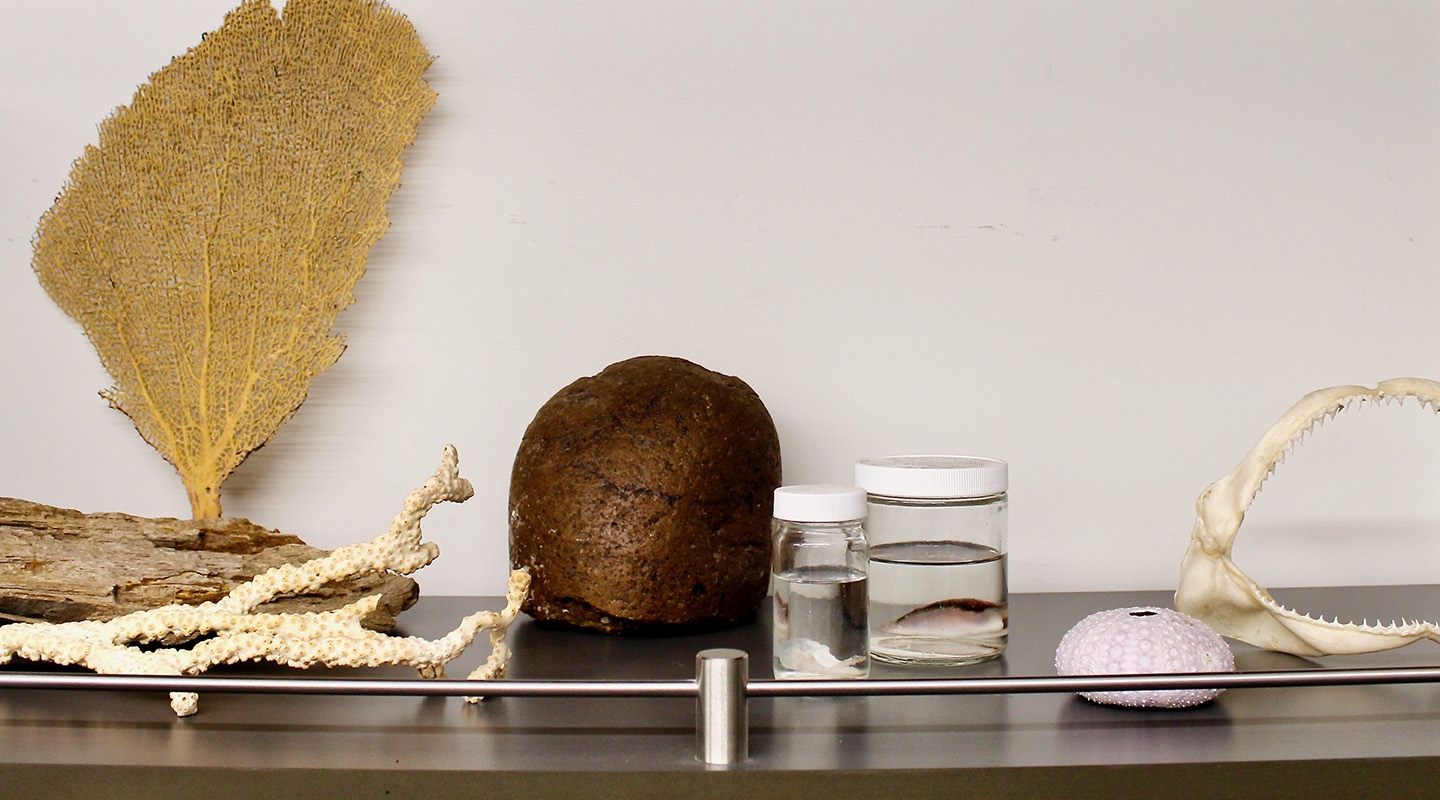 We have actively been cataloguing, maintaining, and curating a variety of museum collections over the past six decades. The specimens in the our marine biodiversity collection contribute to a wide range of scientific research and play a crucial role in undergraduate coursework.

Our research on the Southern California Bight one of the most spatially and temporally exhaustive specimen-based sampling programs in the region.

The collection was established in 1960 by John S. Stephens, Jr., faculty emeritus. Stephens and his mentee, Dr.  Dan Pondella, the current VRG Director, started working together on rocky- reef fishes in the eastern Pacific in 1985. Since its inception, the collection has continued to expand, resulting in the collection of over 686,000 marine fish and invertebrate specimens spanning nearly six decades.

We are currently embarking on a project funded by the NSF to digitize our specimen collections. The digitization process is led by Research Assistant Zoe Scholz with the help of two undergraduate students. Parts of the collection are already available on Arctos and will be migrated to iDigBio in the future. Any researchers interested in utilizing the collection can do so at no charge, please contact us for more information.

Our marine fish, invertebrate, and plankton collection has been instrumental in supporting research efforts on a variety of taxonomic and life history studies. Thus far, dozens of papers have been published that have utilized the collection. However, the full potential for this collection to be used in scientific research has not yet been achieved. Officially, we have no formal statistics on loans or visitors, but the collection has proven itself valuable to the network of collaborators that are aware of it. In the past 5 years, five important manuscripts utilizing the collection have been published by VRG staff and by collaborators including Cal Poly Pomona, UC Santa Barbara, Cabrillo Marine Aquarium, the Southern California Coastal Water Research Project (SCCWRP) and the Natural History Museum of Los Angeles County. By migrating the catalog to an online database, the collection will become available to a broader research community. With the acceleration of global environmental changes, it is becoming imperative that researchers have access to long-term data and specimen series. By making these specimens and their associated data more accessible, we hope to increase research on the impacts of ocean warming and acidification on ecological communities. These are timely and imperative research issues that require immediate attention.

Explore our collection on Arctos
(Search under Collections: MLZ: Fish/Herb)