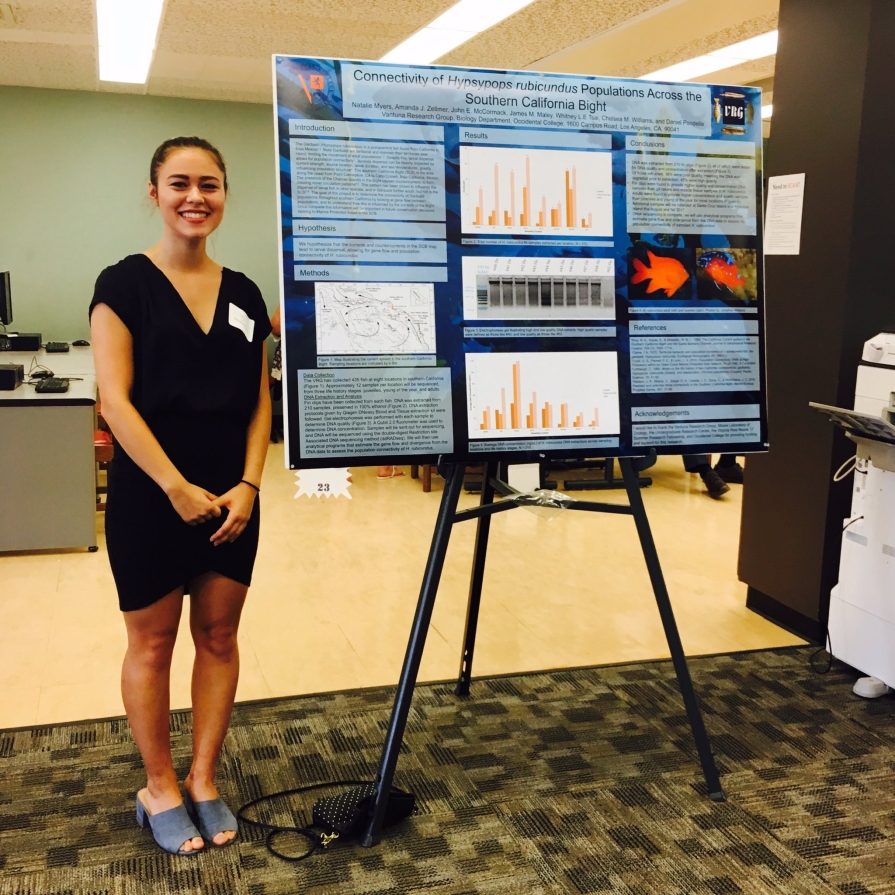 Connectivity of Hypsypops rubicundus populations across the Southern California Bight

The Garibaldi, Hypsypops rubicundus, is a marine fish that is common on rocky reefs along the Southern California Bight, and Mexico. The Garibaldi is the California State Marine Fish, and despite strict protections, the Vantuna Research Group (VRG) has a permit to collect them from several locations in southern California in order to study the life history of this relatively unstudied fish. The primary goal of this project was to determine the connectivity of Garibaldi populations throughout southern California by looking at gene flow between populations, and to understand how this is infuenced by the currents of the bight. This summer I extracted the DNA from 210 H. rubicundus fin sampels. It was determined that fin samples provided higher quality and higher concentration DNA extractions than both gill raker and muscle tissues samples did for H. rubicundus. It was also found that fin clips from adult H. rubicundusprovided higher quality and concentration samples than juveniles and young of the year for most locations. Of all samples extracted, 36% were of poor quality, preventing them from being sent out for sequencing. Additional samples will be collected this August and fall 2017. Once sequencing is complete, we will use analytical programs that estimate gene flow and divergence from the DNA data to asses the population connectivity of sampled H. rubicundus. This information will be important in future conservation decisions relating to Garibaldi and other fish with larval dispersal phases, as well as in the development and maintenance of Marine Protected Areas in the SCB.