Love to sing? Love the joy of singing with other people? The Occidental College Chorus brings students, alumni, faculty, and others together to sing every Monday night. Come join the fun!

In College Chorus, singers learn and perform music from a variety of traditions, including classical, world music, musical theater, and pop. Occasional collaborations with other Occidental ensembles provide additional musical enrichment. The College Chorus rehearses once a week on Monday evenings from 7:15-9:45 and performs on campus once each semester.  It is a 1-unit course, MUSC 120, and enrollment is for one or both semesters. First meeting of the 20-21 year: Monday, August 31th, 7:15 PM.

Although there is no formal audition, interested singers are encourage to sign up for an audition time on the door of Booth 220 to meet the director and have their voice part determined.

All concerts are held in beautiful Herrick Chapel on the Occidental College Campus. 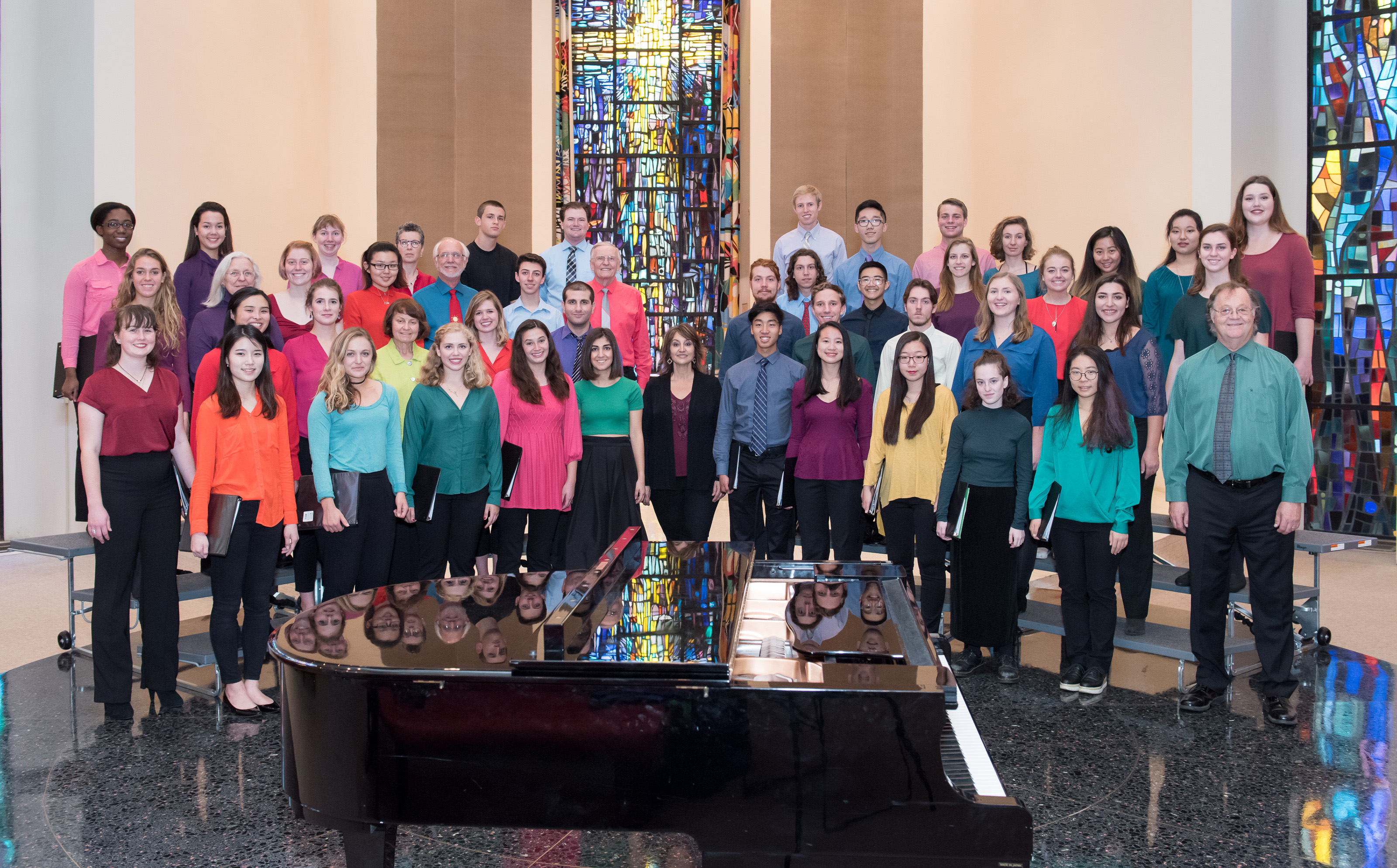 Musica est Dei donum optimi - Lassus
Allelujah - JM Haydn
River (from The Mission)
Prayer – Lauridsen
And in the Evening - Snyder
Turn the World Around - Belafonte/Freedman
How Far I’ll Go (from Moana)
The Human Heart (from Once Upon this Island)
Take me to the Water – Rollo Dilworth
Bonse Aba - trad. Zambian folk song
Ave Maria – Arcadelt
For Sion Lamentation Make – Handel
Omnia Sol - Stroope
Prayer of the Children - Bestor
Cantar! - Althouse
When You Believe (from Prince of Egypt)

Désirée La Vertu, Director of Choral and Vocal Activities and NTT Associate Professor of Music, is a conductor, soprano soloist, and voice teacher in Los Angeles. Professor La Vertu became a member of the Music faculty at Occidental College in the fall of 2009. Previously, she was the Director of the Glee Clubs at the California Institute of Technology (Caltech). Additionally, she was on the voice faculties of Chapman University and the summer graduate program at California State University, Los Angeles. She is Co-Director of the Idyllwild Arts Summer Festival Choir.

As a soprano, Ms. La Vertu specializes in the oratorio repertoire, and has been soprano soloist in Poulenc’s Gloria and Vaughan Williams’ Dona Nobis Pacem, both at Disney Hall, Brahms’ Ein Deutches Requiem, Handel’s Messiah, Mozart’s Requiem, and Bach’s Magnificat, among others.  She was a long-time member of the Donald Brinegar Singers, and was a founding member of the female a capella quartet “Diva Complex."

Initially trained as a pianist, her Bachelor of Music degree is in Accompanying from California State University, Fullerton. She received her Master of Music in Choral and Vocal Studies from the University of Nevada, Reno. Professor LaVertu maintains a private voice studio in Pasadena.