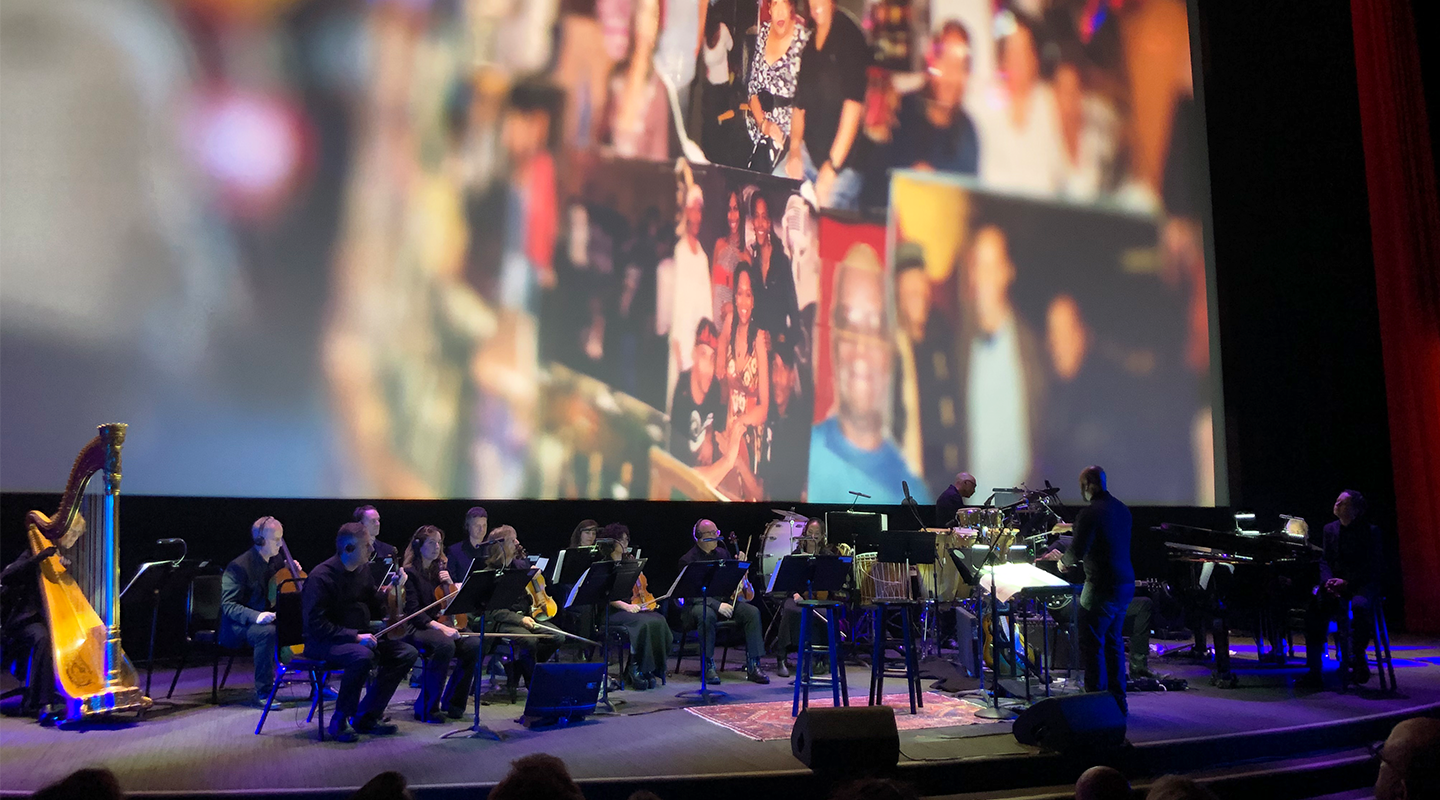 John Legend, executive producer for United Skates, was in attendance and introduced Professor Bontemps to the stage: "As documentary filmmakers know, it is a constant battle to condense a massive story down to feature length...That's why music is so important. It allows us to tell our story deeper, not longer. It sets the literal tone of the film from the moment it begins and acts as a common emotional thread that strings these individual stories together. And considering that some of the greatest music of all time was born and played in America's roller rinks, composing this score was pretty intimidating. But let me tell you: he pulled it off."

Students of Bontemps's Music 248: Advanced Production: Sampling and Synthesis and Music 249: Recording Techniques courses were invited to attend the rehearsal at the Television Academy, not long after last month's partial screening of United Skates in Oxy's Booth Music Hall, where Prof. Bontemps was joined by director Dyana Winkler for a panel discussion about the film's music, with Music and MAC professors Adam Schoenberg and Brody Fox acting as moderators.