Join us for our 2021 Virtual New Play Festival!

For more than 20 years, the Occidental New Play Festival has paired student playwrights and actors with professional guest directors and performers. Focused on writer-centric rehearsal and performance, the festival provides a real-world experience of new play development as it is practiced in major theaters around the country. For the 2021 festival, all performances will take place on zoom - allowing both artists and audiences the chance to experience the plays from the comfort of their homes

All performances are virtual and admission is free

Join Us on Zoom

2pm: Sincerely, The Ghost Trains by Amber Lee ‘21
Directed by Scarlett Kim
Pasha and her grandmother have been living as displaced Koreans in Kazakhstan for many years, making art and running a successful restaurant. But a letter from Pasha's long-gone mother brings the violence of the past squarely into the delicate balance of their current lives.

6pm: This play ends at prom night by Sandy Nguyễn ‘21
Directed by Margaret Starbuck
The rights of passage during senior year at any high school bring major highs and lows -  frenemies, sexual awakening, partying, prom. But for Vivan and Ray, two young women of color, navigating these challenges with and against a culture of whiteness puts their relationship even more to the test.

Sunday, February 21, 2021
Alternate worlds: two plays about losing your heart and your mind.

2pm: A Madness Upon Us by Ian McDougall ‘22
Directed by Jesse Bonnell
When Manny's personal and political landscapes push at the boundaries of sanity, his perception of them moves out of the real and into the fantastic. His new world view is so intense that even his friends and the weather begin to experience an altered state.

6pm: Dayenu Inverse by Ariella Brodie-Weisberg ‘24
Directed by Gina Young
Coming together can be a profound ritual, and falling apart even more so. In this poetic performance piece, two young lovers relive the connections and struggles that held them together as they work through the act of saying goodbye. 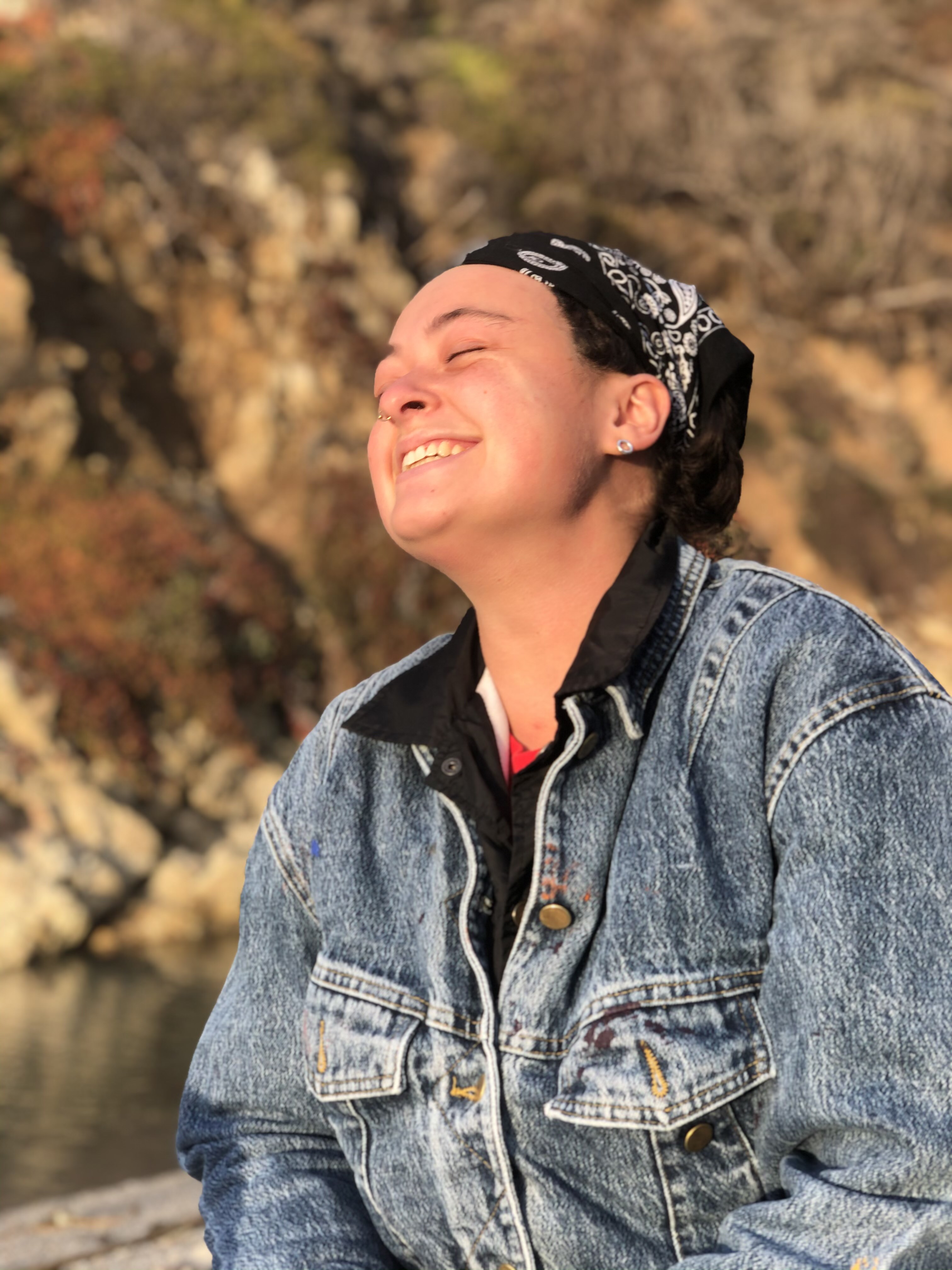 Ariella Brodie-Weisberg is a first year student from Berkeley, California. They are a daydreamer, body worker, writer, and student of community organizing. Ariella’s writing collects the wisdom of others and—at its best—becomes an embodied spiritual practice, distilling lived experience into spacious meaning. They have published, taught, and performed writing throughout the Bay Area. Dayenu Inverse is their first play, and could not have happened without the ferocious love of their Grandmother, Deborah Brodie (z”l). 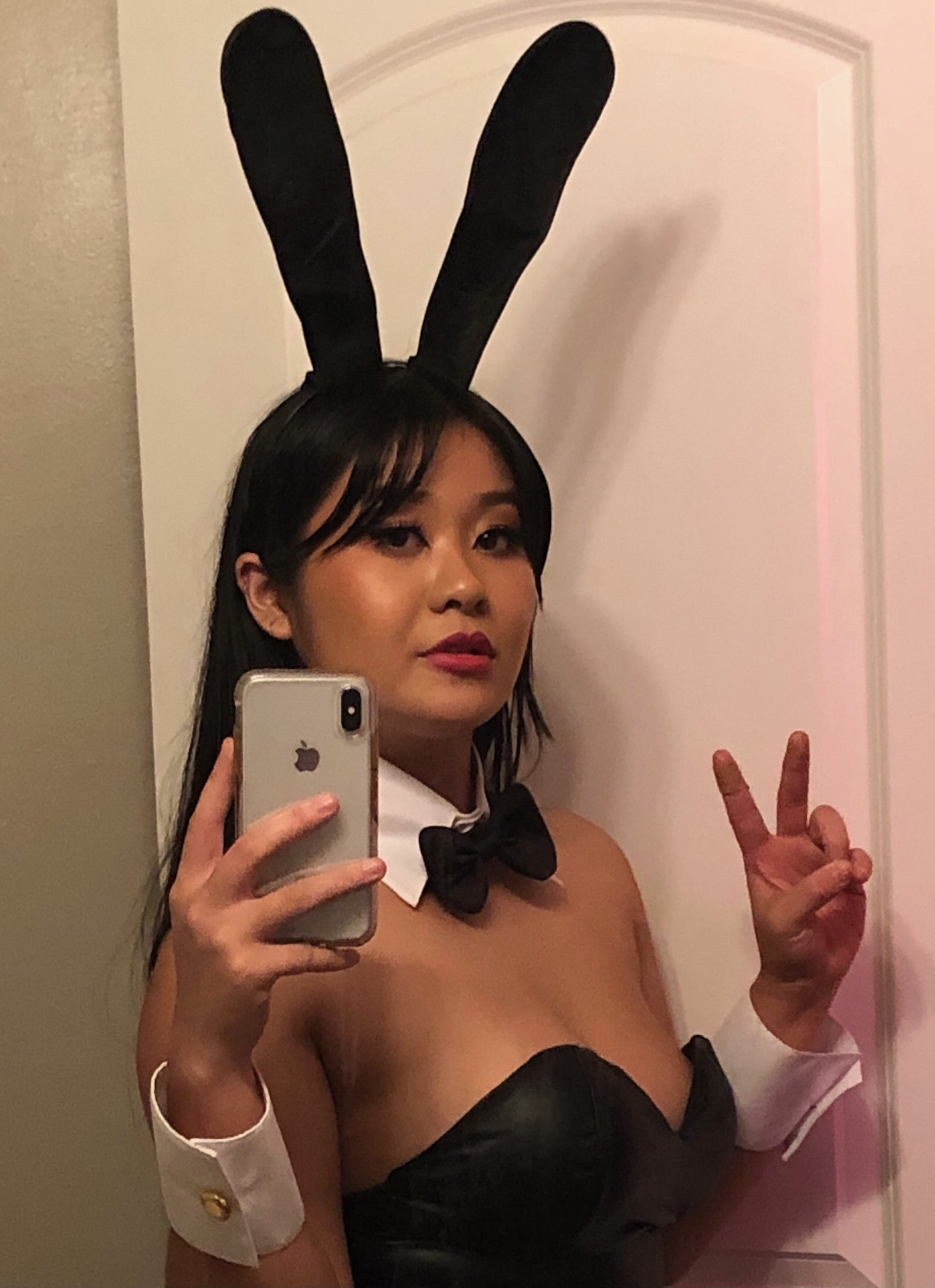 Sandy Nguyễn '21 is a Critical Theory & Social Justice and Theater double major from Chicago, Illinois. Her play is an ode to the C+ she got in Intro to Feminist Studies. 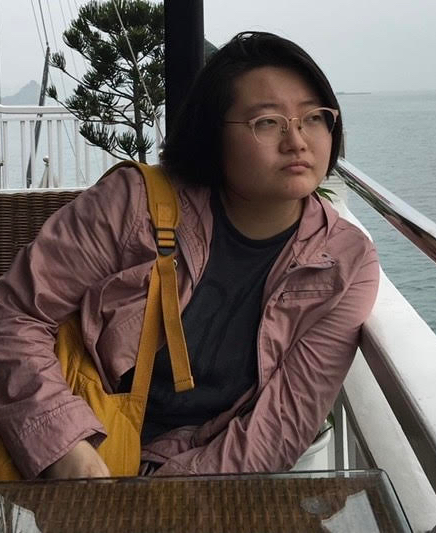 Amber Lee '21 is an English major and East Asian Studies minor born on the Korean peninsula and raised on unceded Tongva territory. They are a poetry and fiction writer, Sincerely, the Ghost Trains is their first play. 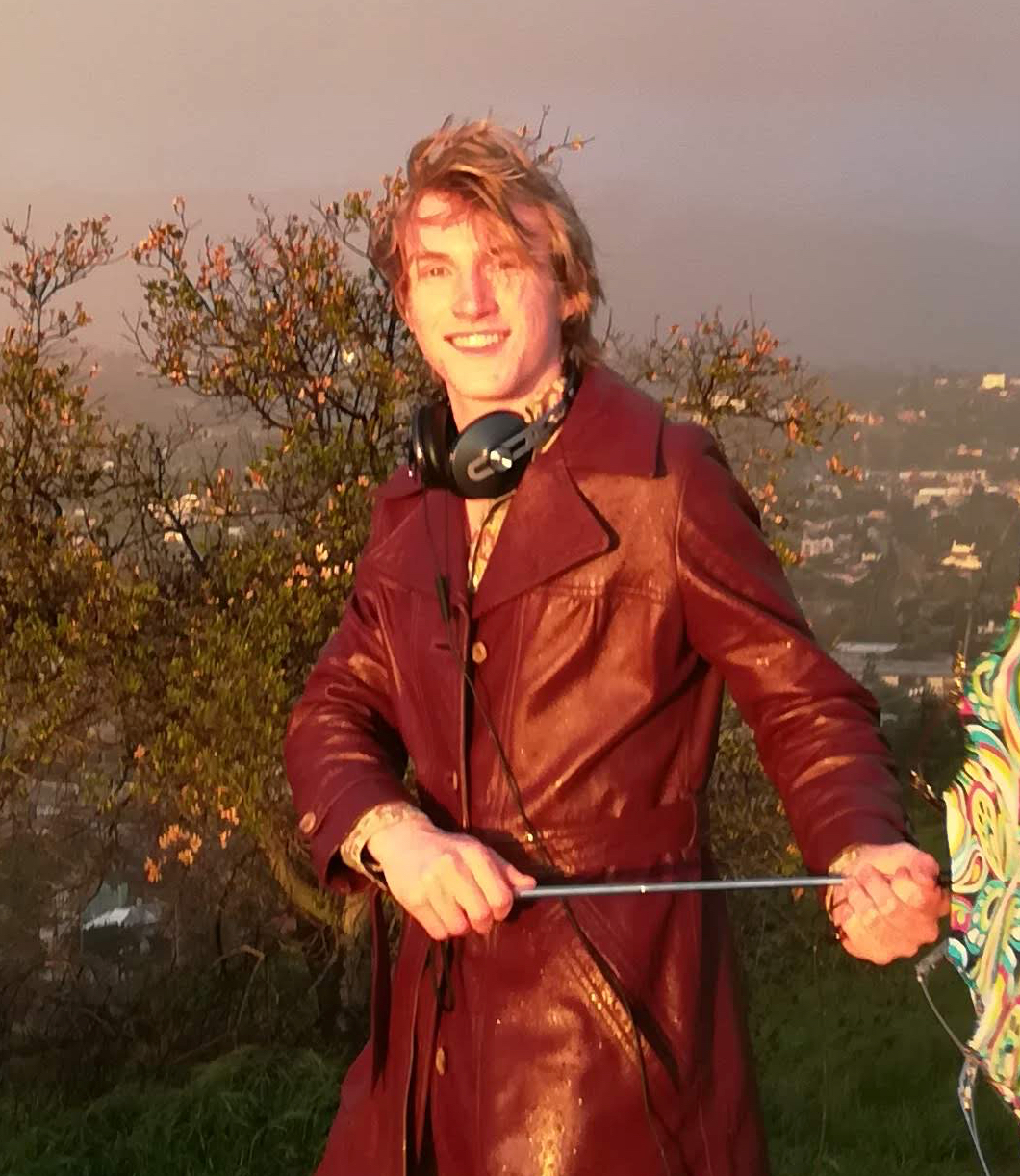 Ian McDougall is a wild guy and all around swell fella! He's a junior at Oxy, hailing from Norman, Oklahoma, a liberal oasis smack in the middle of the blood red bible belt. An actor, writer, artist, and aspiring adult. He's collaborated on plays and film scripts before, but this is his first fully self-generated effort! It draws heavily on his real life experiences with Bipolar Disorder (Type 1, the fun kind!), especially his debut episode. Anyways, hang onto your butts, it's gonna be a bumpy ride! 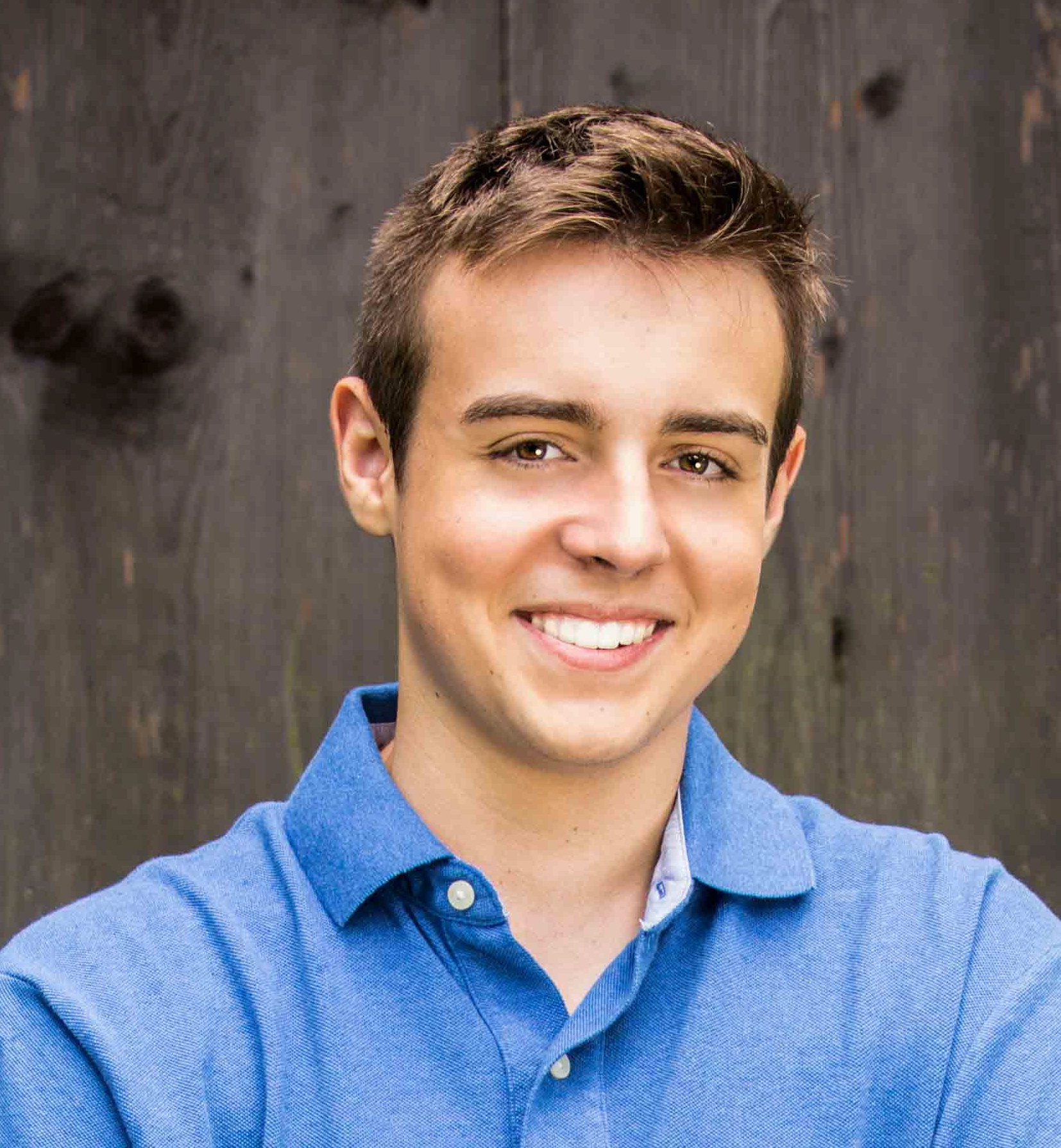 Braedon Hatt is a Junior from Worcester, MA, majoring in English with minors in Politics and Theater. While Braedon does not have much technical experience, he is excited to learn the ins and outs of putting together virtual performances. He can't wait for members of the Occidental community and beyond to enjoy the pieces from our student playwrights this year. 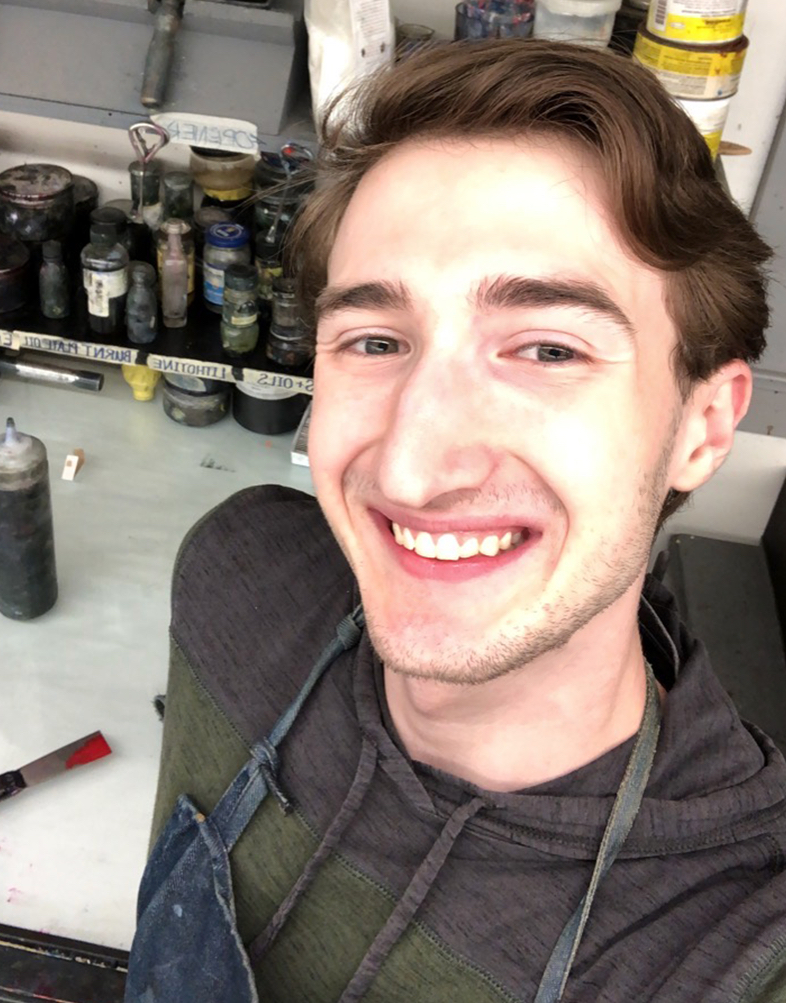 This is Thomas' second year producing for the New Play Festival! He is a Theater and Biochemistry double major and is excited to support original student work again. He loves to be both on stage and behind it, and can't wait to see how the whole production comes together.