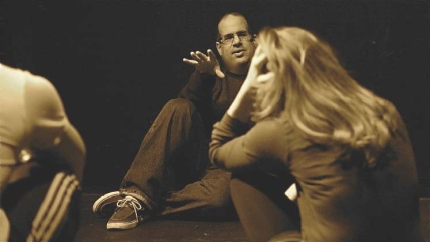 Biederman's premiere production of Assisted Living moved from the Odyssey Theatre to the George Street Playhouse in New Jersey. The play was written and performed by Paul Dooley and Winnie Holzman, with whom he has collaborated before, as with the TV series "Huge", created by Holzman and Savannah Dooley. Biederman came to L.A. after seven seasons at A.C.T. in San Francisco, where he directed and taught, as he has across the country, from the Williamstown Theatre Festival to the Old Globe. He continues his private coaching and classes and serves on the Directing and Acting faculty at Cal State Northridge.