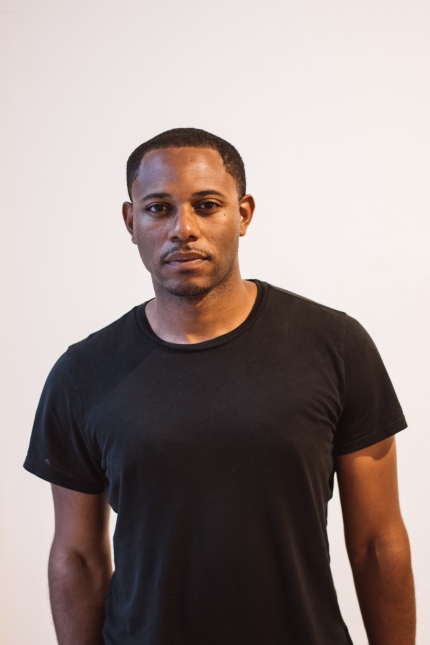 Larry Powell is an actor, writer, director, and producer born and raised in South Central LA. As an actor, he’s originated and premiered roles in some of the most exciting new plays in America including The Christians by Lucas Hnath, The Legend of Georgia McBride by Matthew Lopez, Father Comes Home From The Wars by Suzan Lori Parks, Brokeology by Nathan Louis Jackson, and While I Yet Live by Billy Porter. He also stars as Lawrence in the movie The Browsing Effect (PrimeVideo). He is a two-time Ovation Award nominee, three-time NAACP Theatre Award Nominee, San Francisco Bay Area Theatre Award Nominee, two-time LA Drama Critics Circle Award Winner, as well as an Audelco and Audie award nominee. Larry is also a playwright and screenwriter. His plays include Lost Dog (Eugene O’Neill NPC Semi-Finalist), Night Cap (Fire This Time Festival), Realness, Freedom Crown and more. He is the Writer/Creator of The Gaze… No Homo, a 2020/2021 Eugene O'Neill National Playwrights Conference finalist, which he adapted into a 12-part, multi-platform online experience. Then again into a one-sitting, on demand #Digiplay Experience Now Playing on Center Theatre Group’s Digital Stage. As a director, he has worked with brilliant artists on exciting new works for stage and screen. Including work on his own feature film project Mother’s Milk (Pan African Film Festival 2021 Official Selection) which he also wrote and stars in. As well as, working with Phylicia Rashad on her CTG production of Ma Rainey’s Black Bottom (Assistant Director). Larry is an Adjunct Lecturer at the University of Southern California’s School of Dramatic Arts MFA Acting program (Directing stellar productions of The Brothers Size by Tarell Alvin McCraney and Pipeline by Dominique Morisseau). Larry is a graduate of Carnegie Mellon’s School of Drama and the Founder of Free The Arts a holistic experience for diverse, intergenerational Black artists to put each other on game through quality training, community, opportunity, and new, bold works for a new audience.