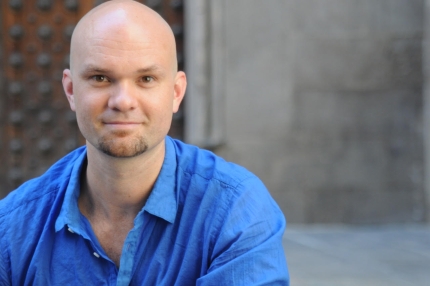 He is an O’Neill/NNPN National Directing Fellow, an Oregon Shakespeare Festival FAIR Fellow and a proud Resident Artist at SF’s Crowded Fire. He grew up outside of New York City and has been based in San Francisco for the last fourteen years. He’s directed in New York City, Philadelphia, Los Angeles, Portland Oregon, Washington DC, and venues in San Francisco. He directed the West Coast Premiere of JERRY SPRINGER: THE OPERA in SF and TRUFFALDINO SAYS NO at Shotgun Players, winning Best Director for the Bay Area Critics Circle.  Recent credits include the World Premiere of Obie winner Christopher Chen’s HOME INVASION in SF, DEAL WITH THE DRAGON at ACT’s Costume Shop & Edinburgh Fringe, Mia Chung’s YOU FOR ME FOR YOU at Crowded Fire, and James Ijames’ WHITE at Shotgun. His two upcoming projects include the world premiere of BONE ON BONE at NJ Rep, and the first workshop production of HOMOSEXUAL CONDUCT at Occidental College in LA, a play he co-conceived with playwright Sarah Kozinn about the Lawrence V Texas Supreme Court decision. He spent five years as Producer of Aurora Theater’s new play development program and festival The Global Age Project. He teaches at A.C.T.'s actor-training programs, Berkeley Rep School of Theatre and at Barcelona’s premiere Meisner Technique program in Spain. You can visit him online at www.MGrahamSmith.com