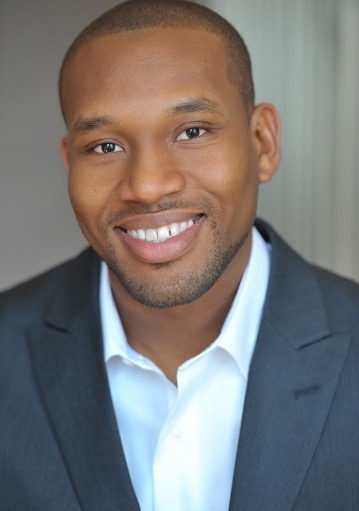 Tyrone Davis is the Associate Artistic Director for the Center Theatre Group and a guest panelist for In Our Own Voice, Part III: Arts Leadership.

Tyrone Davis is an actor, director, producer, and educator. He recently joined Center Theatre Group’s Artistic staff as Associate Artistic Director after previously serving as CTG's Audience Engagement Director where he provided leadership and direction for audience engagement programming at the Ahmanson Theatre, the Mark Taper Forum, and the Kirk Douglas Theatre. Currently, he is producing the Not a Movement but a Movement initiative for CTG's Digital Stage, which is a series of presentations that amplify the pipeline of Black artists including playwrights, musicians, and visual artists.

Before joining CTG Tyrone served as Community Artistic Director with American Conservatory Theatre in San Francisco where he commissioned and directed: Snakes by Chris Webb, Top of the Pyramid by Nikkole Salter, Crack. Rumble. Fly. by Aleshea Harris and Black Butterflies by Darren Canady. Other directing highlights include; Every 28 Hours (Berkeley Repertory Theatre), Radio Golf (Los Medanos College), In the Blood (Contra Costa College). He has appeared in productions of King Hedley II and Day of Absence (both directed by the late James Avery), African American Shakespeare Company’s production of Cat on a Hot Tin Roof directed by L. Peter Callender, and Oakland Theater Project’s Hurt Village directed by Nataki Garrett.

He has over 10 years of experience in engagement and arts education, including serving as an adjunct professor in drama at Contra Costa College and Los Medanos College. He is a graduate of the California Institute of the Arts (CalArts) School of Theater M.F.A. acting program and holds a B.A. in theater from California State University, Northridge (CSUN).