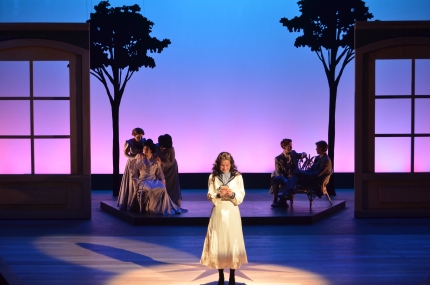 This year's Theater Awards were announced on Monday, April 30 at the department's annual picnic.
This year Theater celebrated not only the award winners and graduating seniors but the retirement of Professors John Bouchard and Tom Slotten.

The Marion Schumacher Award for Outstanding Contribution to the Department of Theater was awarded to Elena Sánchez for her dedication and committment to the Theater Department.