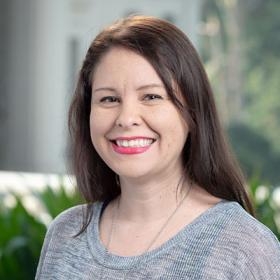 She is based in Los Angeles but is working as well in Colorado and New York, she now designs costumes for theater, film, music videos, puppetry and dance. Her most notable work includes: the world premiere of the new English translated adaptation of Jean Anouilh's Antigone at A Noise Within theater directed and adapted by Robertson Dean, Sheila Callaghan's Everything You Touch, directed by Co-Artistic Director Jessica Kubzansky produced by Theatre @ Boston Court in association with Rattlestick Playwrights Theater, winner of 2014 LA Stage Alliance Ovation award (Best Costume Design: Intimate Theater), the LA Drama Critics Circle 2015 award, and the 1st annual Stage Raw Theater Award for best Costume Design, and the west coast Premiere of Our Class directed by Matthew McCray for the Son of Semele Ensemble, held at the Atwater Village Theatre and winner of LA Weekly's Best Production Design 2014. Other notable projects include: the music video "Breathe" by Anticon's Jel featured on spin.com,  and the short film Homebody a selected short film at the Los Angeles International Film Festival and New Filmmakers New York among others.

In addition to designing for the stage she is also a member of the local 705 Motion Picture Costumers Union. She recently designed Bordertown Now with her long time heros and inspiration to work in Theatre, Culture Clash, at the Pasadena Playhouse, directed by another inspiration Diane Rodriguez. She holds a BS in Design and Minor in Chicano Studied with emphasis in Teatro Campesino from UCDavis, and an MFA in Theater Production emphasis in Costume Design from the California Institute of the Arts.