A Spring in Nanjing | Occidental College

A Spring in Nanjing 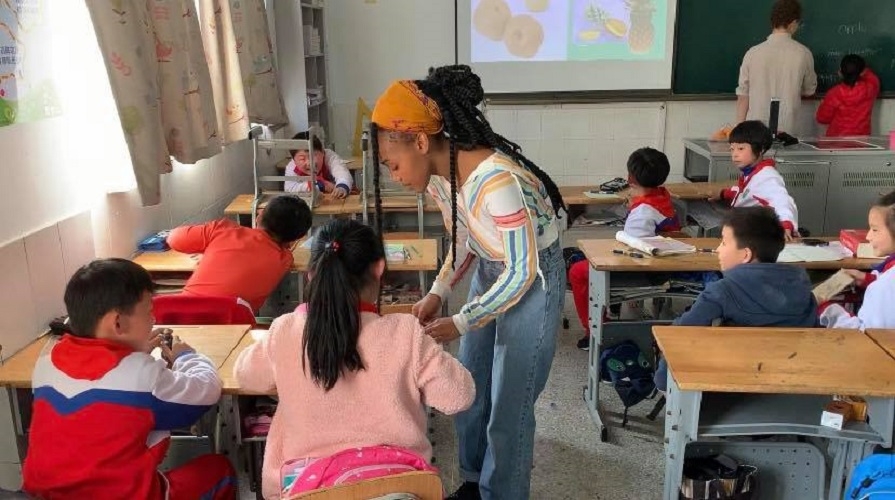 At 8 p.m., I receive a text from my new friend Swanki, a Nigerian medical student studying at a college near mine in Nanjing. He texts me saying that he’s outside my dorm waiting to pick me up so we can grab food and later visit Xuan Wu Hu (Nanjing’s largest lake).

In a rush of excitement, I grab my purse and my Nanjing University student ID and run out to meet him. I see him waiting patiently on his motorbike out front, I say a quick hello. Hop on the back of the bike. And together we ride off into the busy streets of Nanjing.

This was Nanjing. Freedom. Excitement. A city filled with new friends and adventure.

This past semester I participated in a 4 month long study abroad program in Nanjing, China. As a language intensive immersion program, it is designed to help students develop strong writing and communication skills in Mandarin. Committed to the program’s language pledge, I spent a lot of hours memorizing characters and preparing for weekly oral presentations. Despite the long hours of language learning, being in the classroom was only a small component of my overall experience.

Every Friday, we toured different historical and scenic spots in Nanjing like the Mausoleum of Sun Yat-sen and also Nanjing’s famous lake “xuan wu hu” 玄武湖. Our program also included a week-long excursion to visit WeiZhou Island, and the Guilin Rice Terraces. Not only was I exposed to the diversity of China’s geographical landscape, but I also got a taste of the various lifestyles of people living in both the countryside and city.

One morning, I found myself walking aimlessly about the countryside taking in the breathtaking mountainous region of Guilin. During my walk I encountered an old Chinese couple, who also appeared to be enjoying their province’s natural scenery. I immediately introduced myself in Mandarin, and we had a simple conversation about their life in rural China. The woman praised the air quality, remarking on how there was hardly any air pollution as compared to some of the major cities in China. I felt proud of myself for stepping out of my comfort zone, and using my language skills to engage with native Chinese speakers. 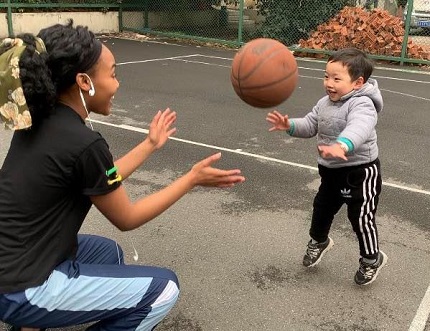 In fact it was my interactions with local people outside of the classroom that remain the most rewarding aspect of studying abroad in China. Each student in my program was placed with a Chinese college student with the goal of achieving cross cultural communication and an overall improvement in oral language skills. My roommate Yujia, a law student and musician at Nanjing University, became one of my closest friends while studying in China. On the first day that I met her, I learned that we shared an interest in the same musicians and we both enjoyed dancing and singing. Some of my most fun nights in China were filled with us singing karaoke in our dorm room and laughing uncontrollably at our inability to sing the high notes.

I think one of my most meaningful experiences in China was being able to teach elementary school students English. Every week, I along with two other American students would take the subway to an elementary school and teach English.  I am thinking of teaching abroad after I graduate so I was happy I was able to experience teaching for a bit.

As a foreigner in China, specifically a black person in China, I often found myself being stared at when I visited touristy areas. People in the large cities like Nanjing, Shanghai and Beijing are used to seeing foreigners in China, so my presence did not cause a lot of commotion. In smaller cities and villages, however, I along with the other foreigners in my program, drew a lot of attention. Some people would ask to touch my hair, or comment on my complexion, and make guesses on which country I came from. A lot of people assumed that I came from an African country and were surprised when I mentioned that I was from the U.S. Although I really did enjoy my time in China, I must admit that it was difficult for me to be constantly be seen as an outsider. Generally, I am an outgoing person and I tend to enjoy being the center of attention, but I don’t like the idea of being reduced to my skin color. And at times, sometimes it felt like people were only interested in my blackness and nothing else. 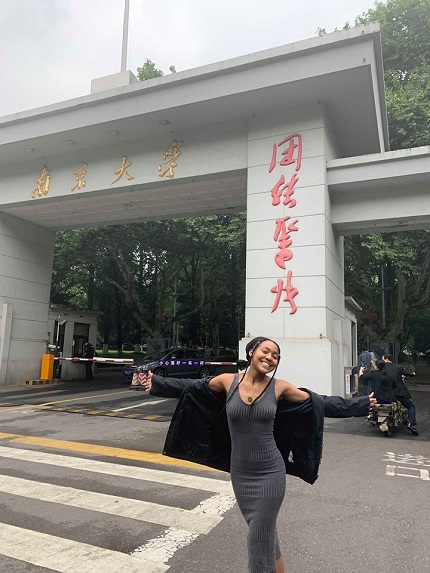 My experience with race politics and blackness abroad, while it has its downfalls, wasn’t entirely a negative experience. Before coming to China I assumed that I wouldn’t encounter any other black people during my time abroad. Being around people from a shared cultural and racial group is really comforting and empowering, and I was worried that I would not find that at all in China. I was pleasantly surprised when I discovered that Nanjing has a very large African population of college students and workers living in the city. I met so many new African friends who shared with me both their triumphs and sorrows of living in China. One of my biggest concerns, while seemingly trivial, was figuring out how I was going to style my hair while living abroad. Luckily I met Fany, a student from the Congo, studying at a university in the outskirts of Nanjing. She taught me how to order hair supplies online and also braided my hair for me twice during my stay in Nanjing. Honestly, I feel blessed to have met such amazing friends who helped me deal with the pressures of being black in China and also rejoice in the beauty of our shared community.

Overall my study abroad experience fills me with so much joy, and I am so grateful to have been able to participate in such a program. I talk to the friends that I’ve made everyday and I can’t wait for the opportunity to go back. One of my life goals is to develop conversational fluency in more than one language, and slowly but surely, I’m making great strides in Chinese. I can only imagine what sort of linguistic adventures my future holds.