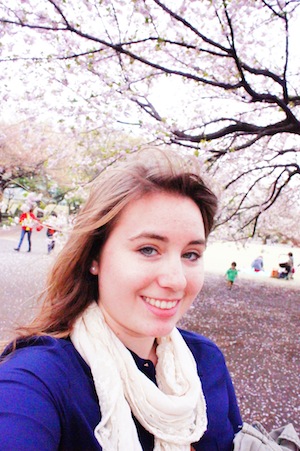 Hellooo everyone!! It’s been a while!

You’ll never guess where I’m sitting as I write this right now—Japan! For serious! I’ve finally begun my study abroad program, and I can’t tell you how excited I am about it (note the excessive use of exclamation points)!!! I’ve wanted to go to Japan for more or less most of my life, so this is kind of a dream come true for me. I’ve only been here a couple of days so far, but they’ve been awesome, let me tell you. My program is in Kawagoe, which is just outside Tokyo, but I arrived here a couple days early with a friend to explore the city a bit beforehand. We stayed in Asakusa, otherwise known as the historic/nostalgic district. Unlike a lot of the buildings in Tokyo, most of the original buildings are still standing, making it home to some of the oldest structures in the city.  Our hostel literally had Kaminarimon in the backyard (note: Kaminarimon is the iconic big red gate with the huge lantern. See the pictures).

We also got to see some cherry blossoms, which Japan is well known for. In fact, part of the reason I wanted to study abroad in Japan during the spring semester was because of the Cherry Blossoms, or Sakura. By the time we got here, they had already started to fall and were past their peak, but they were (and are) beautiful, as expected.

I think one of the most surprising things so far is how easy it’s been to adjust. Maybe I won’t think so after I’ve been here longer than 2 days, but that has yet to be seen. I am just so happy to be here, I can’t even express it in words. If you’ve ever read the Alchemist by Paulo Coelho—one of my favorite books, by the way—you might be able to understand a little bit of how I feel right now. I don’t want to say too much about the book and spoil it for you if you haven’t read it—which you should—but I feel like Santiago.

Although I gave up certain things by studying abroad, I really have no regrets. Everyone has to make that decision for themselves (stay or go???), but the IPO at Oxy (IPO= International Programs Office) really makes it easy for students to study in other countries. They’ve really helped me out A LOT with the whole study abroad process, both before and during. For example, when I thought I might not get a Visa after I sophomoronically (that’s a portmanteau of sophomoric and moron, fyi, coined by yours truly) misunderstood that a Certificate of Eligibility is NOT a visa, the IPO calmly explained what would happen, but that I probably would be fine. It made me feel a lot better, anyway. Sometime I’ll tell you the whole story. 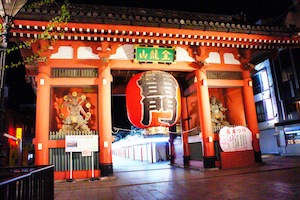 Anyway, concerning study abroad, if you can’t (or don’t want to) go during the school year, there are plenty of options to study abroad during the summer. You can even get funded to do research! I know a lot of people think they can’t study abroad because of major requires and the like, and while that is sometimes an obstacle, I believe you shouldn’t let it prevent you from trying.

The best advice I can give anyone concerning study abroad is that if you think there is any chance, no matter how small a mote it may be, that you’d like to study abroad, get in the classes you need beforehand so you don’t end up with no options.  Not deciding is still deciding, and it’s not fair to yourself to limit your options by getting a late start. Assume from the beginning that you might like to study abroad, and plan accordingly.

Maybe I’m getting ahead of myself, or it’s intimidating to think about, which I do understand; it’s tough enough deciding where you want to go to school in the US, let alone what country you might want to study in, not to mention that if you don’t know what you want to major in, it’s hard to plan. I don’t mean to overwhelm you, but my personal secret to success is to have at least 3 different plans.  Things don’t always work out the way you think they will; in fact, they almost never do. That’s why it’s good to create a plan B, and C, and D, and maybe even F if you’re feeling up to it. Having plans gives you options and a direction to head in.  and the best part is that you can always change your mind and abandon a plan, not that you should give up. To reference the Alchemist again, life works in mysterious ways. 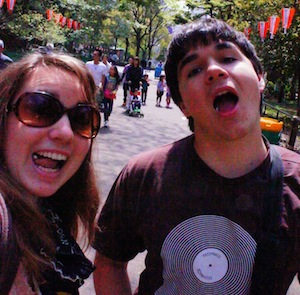 Maybe this sounds like I’m just lecturing you, but I’ve actually been thinking about these things in my own life recently, too. As I enter the final stage of my undergraduate career, I also have to start thinking about what I want to do with my life, which is just as intimidating as it sounds. Do I want to go to graduate school? If so, where? And what field? Do I want to go immediately, or take time off? What would I do with my time if I do take time off? Maybe I should fail on purpose so I don’t have to think about it (just to be clear, THAT LAST ONE IS A JOKE).

While it’s scary to think about these things, it’s also kind of fun. If you think about it, life is really just a series of decisions.  What to do with yourself after you’re done with high school, or college, or grad school, etc., is a big question, but it’s exciting, too.  When you make a choice, you are shaping your own story, which is really pretty neat (note the litotes). Wherever you are on your personal journey, you probably have a decision to make. Whether it’s something as simple as "skim milk or soy?" or something much bigger, I hope you rejoice in the fact that you are personally shaping your own story.

Anywho, sorry to get all philosophical on you (though really, it’s #sorrynotsorry). As soon as I get my act together a bit more, I’ll create a blog to track my experiences abroad, and of course I’ll share it with all of you. Until next time—Jyaa mata ne!