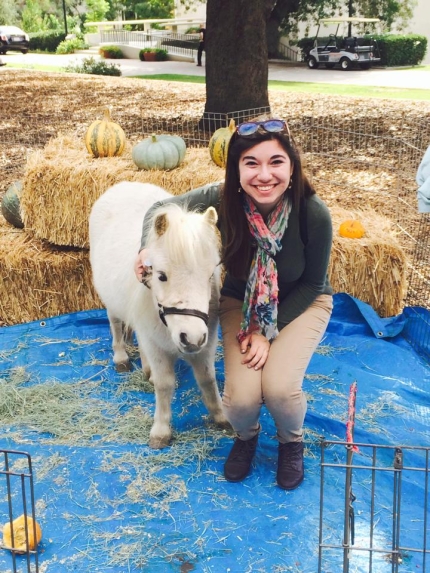 ¡Hola! Welcome to "Maddy’s 17th Blog Post". I’ll refrain from making a cheesy joke using the lyrics from "Sixteen Going On Seventeen," but know that it hurts me not to. It’s officially Thanksgiving break and, in the spirit of the holiday, I thought I would list what I’m most thankful for about my life at Oxy, minus the obvious stuff like weather, squirrels that chase each other, and the Financial Aid Office.

1. The Quad. If you ever see me on campus, there’s a good chance it’s on the quad. I spend a lot of time on those benches. Sure, I have my favorites, but I’m always open to change. It’s nice to know that if there’s someone I want to talk to, I can spend no more than 60 minutes on the quad and they are almost guaranteed to walk by. The quad is a really special place – it can make me both unbelievably productive and simultaneously unproductive. I’ve spent an hour sitting and outlining an essay. I’ve also spent an hour taking Buzzfeed quizzes while stalking cute boys. It’s a real toss-up, and I like that.

2.  Iced Cinnamon Spice Tea at the Green Bean. My friend ordered it once last year and while he wasn’t looking I took a sip. Life-changing. Sometimes I feel as though it’s my dirty little secret because most people don’t look past the green and mango teas. Well I’m letting you all in on this – order the cinnamon spice! It may take a few extra minutes to brew, but it’s worth it. Sometimes even the baristas are confused by my order. THAT’S how underrated it is. Trust me, I used to be a green tea gal. But this Thanksgiving I am thankful for my curiosity as a sophomore to sneak a taste of the forbidden (lack of) fruit(y tea). I know, that metaphor was a stretch.

4. KOXY. For the last time, NO I DO NOT WORK FOR KOXY. But a lot of really wonderful, kind, beautiful people do and this Thanksgiving I am thankful for all of them! Thank you for putting on fun events with good pizza and good music and for letting me follow you all around. You’re the President Nixon to my Kirsten Dunst and Michelle Williams. I hope people get that reference. I’m also thankful for the ability to have a radio show with my roommate/best friend/KOXY staff member, where we do dramatic readings of poorly written stories, play good music, and discuss the current state of public restrooms. Anyone noticing a trend here? 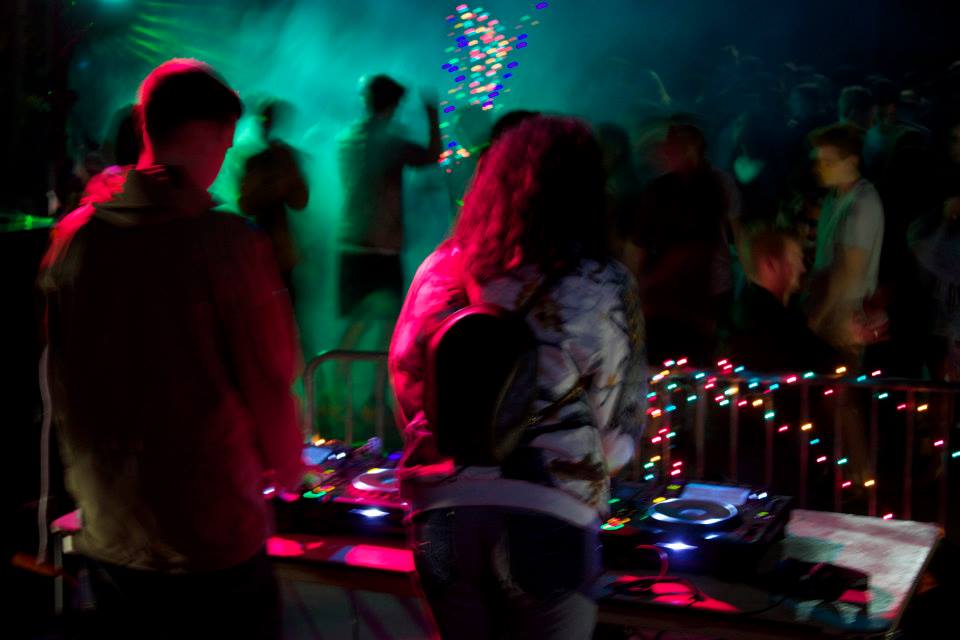 6. Theater 204: Comedy and Social Change. Sure, this class was a lot of work. Like, a LOT of work. If you know me I probably complained to you about this class at least twice. But we just had our final performance in the Cooler this weekend and it was really awesome to have a place to present comedic sketches that I (and my classmates) wrote over the course of a semester. In case you forgot, I want to write comedy for television. So, like, this class was fairly relevant to my interests. Oh, and I guess I’m also thankful for the fact that our professor sometimes works with Matt Groening because apparently he was in the audience at our show. Yeah. The creator of shows like THE SIMPSONS. Looking back I wish I had spent more time cleaning up some of my sketches. But…uh…hope you enjoyed my portrayal of Khloé Kardashian…hire me? 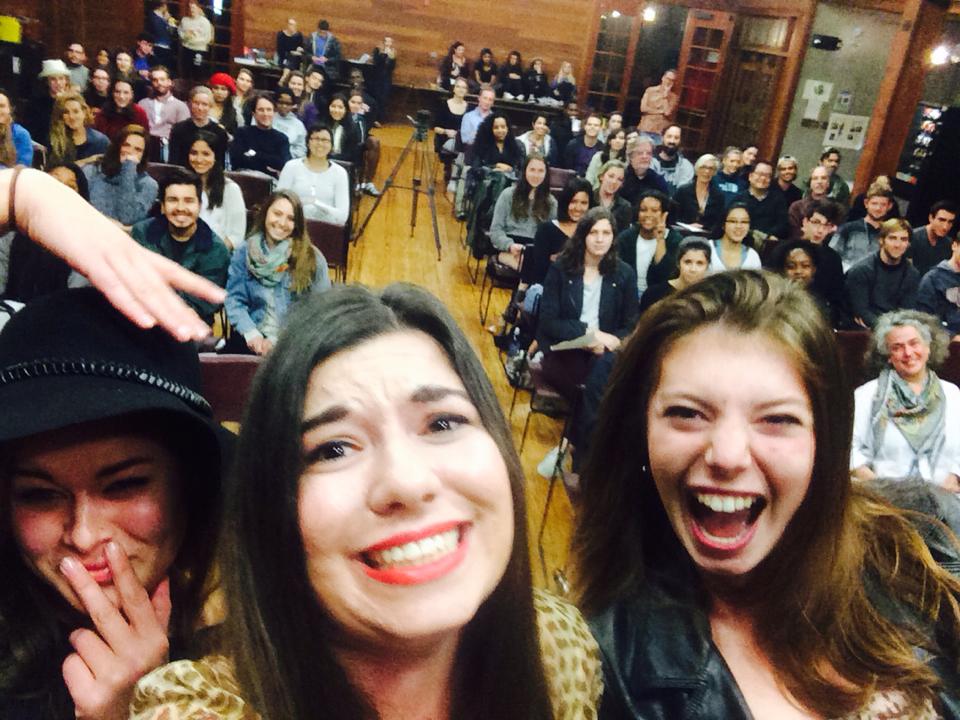 7.  A Friendly Student Body. Simple as that. I love being at a school of 2,100 students. I feel like I recognize almost everyone. There’s always someone near me whom I can start a conversation with, whether it’s just a simple "How are you?" or something more specific like, "Can you believe what Becky wore to class today?" I can’t imagine being at a school where I could go an hour without recognizing a single face. I’m happy to be in a place where people are caring, motivated, passionate, friendly, funny, mature, and I could go on for days but you get the picture. I’m thankful for the opportunity to join so many clubs and organizations that allow me to meet more and more of these people. It upsets me that there are still people out there that I do not know, or that many of my friends that I recently made are seniors and they will soon be leaving. But, to sum up what is probably the sappiest paragraph I have ever written, I am thankful to have this student body in my life. 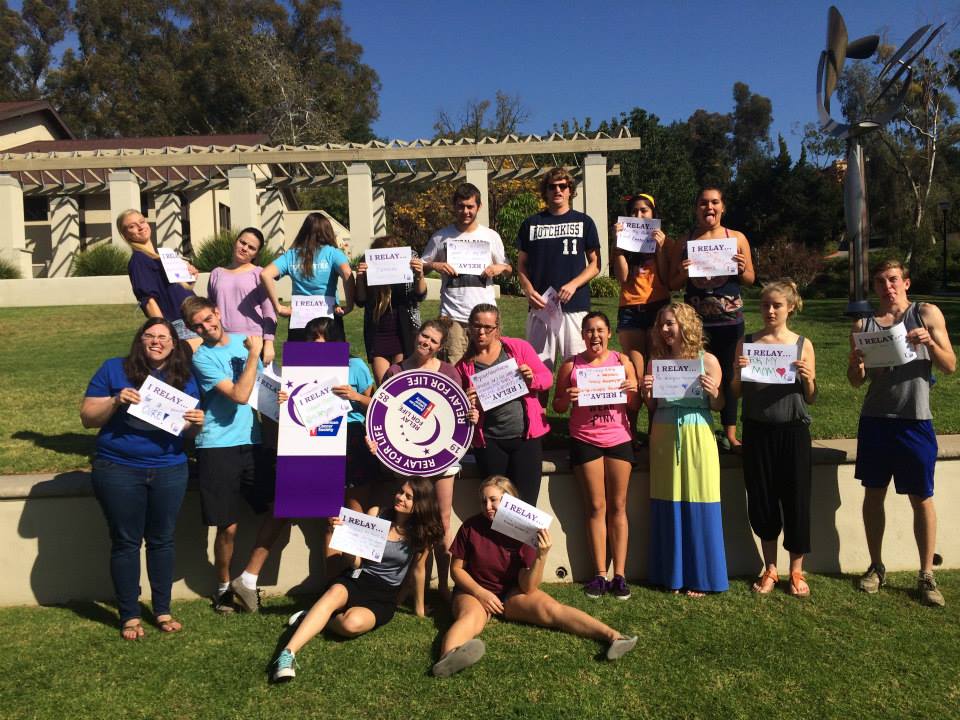 And last but not least:

8. Kathy. Let’s face it – her sandwiches are sunshine wrapped in love and magic. End of story.

I hope everyone has a nice, relaxing Thanksgiving! Obviously that is not possible because Finals Week is looming in the near future, but give yourself a day or two to indulge in a lot of food, sleep for 12 hours straight, and get up-to-date with the Serial podcast series. Seriously.LISTEN TO SERIAL.