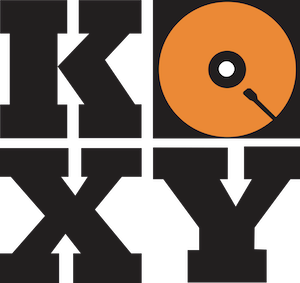 KOXY is the student-operated radio station here on campus, where students can apply to have their own show, either with or without co-hosts, and have it broadcast on www.koxyradio.com. Many student DJs choose to spin music, but some host their own talk-shows, comedy specials, etc. There is even an option to blog about music, live shows, interviews, and much more.

My favorite part of KOXY is the amazing variety of shows and music genres shared with the student body. If there isn’t a show that fits your taste, you can seize an amazing opportunity and create your own! I am a huge fan of pop-punk/alternative/rock music. When there wasn’t an existing show dedicated to this genre, I submitted an application and made it happen. In the fall of 2016 I am returning as the DJ of Emo Hour, where you can catch all the tunes you need to bring to life your inner angsty teenager. The KOXY website has all of the different shows and their descriptions as well as blogs and articles written by student DJs. Tune into KOXY to hear the lovely voices of Occidental College.

I remember checking out koxyradio.com on the computer at my summer job a few months before I started my freshman year at Occidental College. My passion for music was born in high school, and the proximity to a vibrant music scene is part of the reason I chose to move to Los Angeles. Then in my first weeks at Oxy, I struck up a conversation with a KOXY staff member as they DJed the quad during the involvement fair. I knew it was something I wanted to be a part of. I got a spot as a DJ on my own radio show that first semester. A year later, they took me on as Events Staff, and now as a junior I serve as Events Director.

At KOXY, we strive to connect students to the local, national, and global music scenes, as well as each other through our programming. Our primary focus is operating the online radio station, but we also spin tunes at on-campus events like quad sits and homecoming tailgates. About once month we bring artists to campus to perform a free concert for students.

I have hosted my own radio show my whole time at Oxy. My first program was all local music. Last fall, our current station manager and I had a show called The Drama You’ve Been Craving (named for a Sleater-Kinney song) where we gave relationship advice along with playing music. Then the following spring I launched Horoscope Hour, where I read horoscopes in between songs. That’s just a sampling of the shows I’ve done - our DJs have a huge variety of shows every semester. KOXY Radio is an open-format program, meaning that we allow our DJs to guide the vision of their shows and have full creative authority.

The DJ booth is in the Johnson Student Union has become a haven to me. The walls are covered in show posters from the last ten years on campus and around LA. We have a quirky archive of CDs and records to dig through, as well as a stocked iTunes library (with some mysterious gems of KOXY past), and a Spotify premium account to run tracks from. It’s a bit awkward at first to talk on the microphone over the air, but once you loosen up it’s a ton of fun.

What I value most about KOXY is the community I’ve found in it. Current and former staff members and DJs form much of my circle of friends. I’ve bonded with so many people at Oxy over music in spaces facilitated by KOXY. From listening to each other’s radio shows to chatting with students about the upcoming concerts we’re holding on campus, I’m so proud to be part of the campus soundtrack.