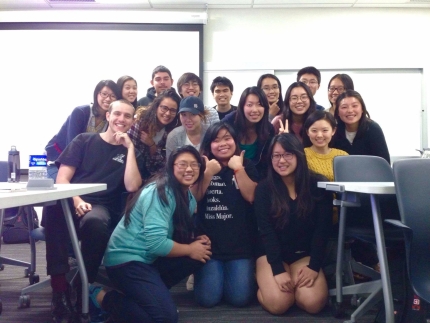 With a growing international students population, ISO (International Students Organization) is becoming more and more active on campus. I joined ISO when I first came to Oxy and became a E-board member in my sophomore year. To me ISO is like a family where people accept and understand where I come from and what I have been through coming to college in another country. As an international student, my cultural and educational experiences are pretty different from most of my friends in the U.S. But in ISO, it’s easier to find students who have had similar experiences. It’s a community which provides a safe space for international students to voice their concerns, struggles, and successes.

ISO holds general meetings biweekly, which are open to everyone from Oxy. Every meeting has a unique topic and is usually discussion-based. The atmosphere is really relaxing, so that people from different background can share their thoughts freely. In one of the meetings we asked everyone to introduce their home cities. It’s truly amazing to see how we have people from so many different places at Oxy. It’s a rare opportunity for me to listen to locals from all over the world talk about their cities, and it’s so much more intriguing than reading tourism brochures! In another meeting, we discussed the difference in education systems across the world. Listening to my peers introduce the exams in their countries and the differences in education they see between U.S. and their home countries really opened my eyes. While I was amazed at the similarities between Chinese and Korean education systems, I was also surprised to hear that students in Britain had to decide their majors in college when they were 12 or 13. The meeting is a great space for not only sharing, but learning about the cultures each of us comes from as well.

The presence of ISO helps establish a bridge between domestic students and international students. It’s definitely the most diverse clubs on campus in terms of nationality, but it’s also one of the most united ones because of its inclusiveness, open-mindedness, and friendliness.