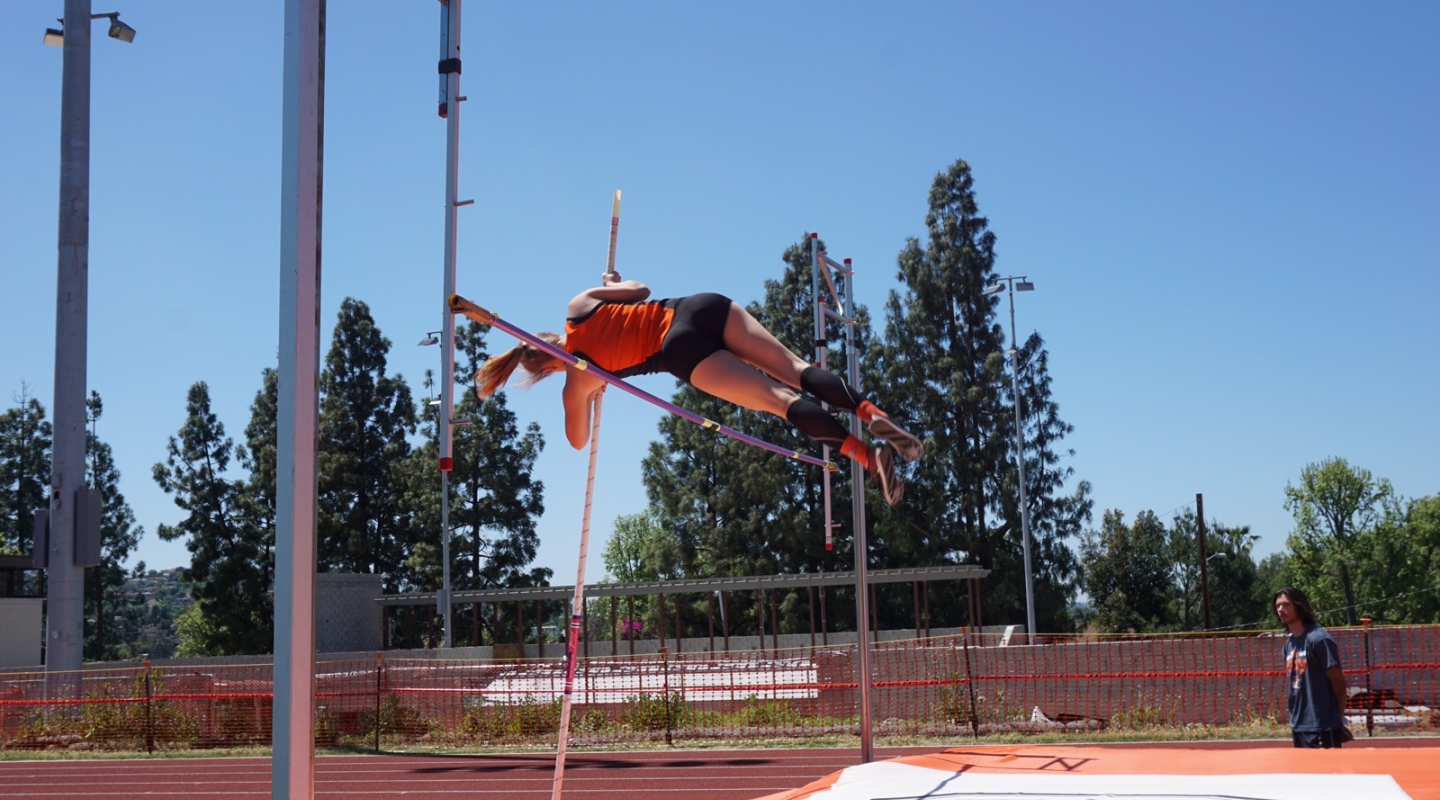 An Insider’s Look at Oxy Athletics

Inhale. I close my eyes and try to mute the sounds around me. Moving my chalk-coated fingers ever so slowly around the pole, I make the micro-adjustments for my next attempt.

Exhale. The women’s 5,000 meters race is running past me on the track to my left. The accompanying cheers muddle together becoming white noise. Inhale. As all other visual stimuli becomes fuzzy, I open my eyes to 76 feet and 8 inches of the red rubber runway in front of me. I take one step back, hold my pole high, exhale, and begin my sprint forward. With my breath guiding me, I count backwards; 7, and 6, and 5, and… jump! 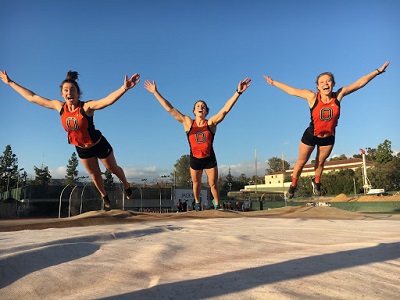 I never pole vaulted prior to coming to Oxy. It had always fascinated me, but I’d never had the opportunity. Flashback to the first night of Oxy Engage. I was talking with my new friend, Alex, a pole vaulter, and he encouraged me to reach out to the coaches. A few days later in the common room I met Emma, a sophomore sprinter, who further encouraged me to join track, and gave me the coaches’ information. The following week I met the coaches, Tyler and Rob. Despite my complete lack of experience, they were extremely enthusiastic and said they would teach me everything I needed to know. The second week of September, I was officially a member of the Oxy Track and Field Team.

Preseason training begins in early September and is intended to mirror spring season practices. They typically include two to three days of weight training and two days of sprint/event-specific training. (Since I had never pole vaulted before, I started by simply running while holding an 11-foot fiberglass pole). Many athletes also work out the aches and pains from the previous season. Preseason also means getting acquainted with the incoming athletes and socializing as a new team. By the end of the preseason, we’ve become pretty close. By the end of the regular season, we’re family.

Now let me tell you about SCIACs - Southern California Intercollegiate Athletic Conference Championships. Any Oxy athlete knows that in order of life’s most important events, SCIACs trump graduation, wedding, and the birth of your children. It’s SCIACs that helps get you through those preseason days in the weight room, hours spent on the track, and 6 am wakeups for Saturday meets. It takes place in late April, and even if our final exams are right around the corner, we have only SCIACs on our minds. The emotions are raw. We’ve been training all season, sorted out all of the quirks and fine-tuned our warm-ups. For the seniors, this is most likely their last collegiate competition. A sense of camaraderie fills the air and an anxious energy travels through our bodies. The last event of the competition is the 4x400 meter relay, during which every Oxy track member sprints back and forth across the inner field eight times to cheer their teammates on both sides of their single lap. It’s insane! When I was a first-year, Oxy was the only team that did this, now other teams have copied us. The day after SCIACs, we are already thinking that there are only 363 days until the next SCIACs, and we are hungry.

As the coaches and trainers constantly remind us, training is a process. From the preseason lifts, the pre-practice preparation in the training room, and the regular season sprint workouts; every practice plays its part in our development. What’s wonderful about the track and field team is that everyone trains equally and gives it their all, regardless of where they place on the scoreboard. I have never been on a team with such encouraging and supportive teammates, which is why they are my closest friends. At the end of every season, I can’t help but smile when I reflect that emailing the track coaches was one of the best decisions I ever made at Oxy.