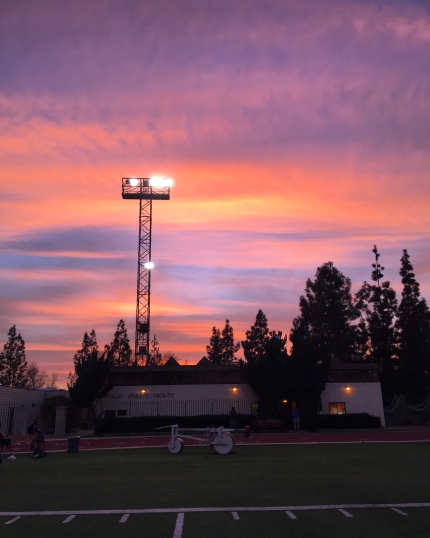 Well folks, it’s second semester here at Oxy! I survived my first semester of college, including all the craziness that has come with it. The highs, the lows, and the in-betweens have been well worth the laughs and late nights. Furthermore, I survived my first semester of the Cultural Studies Program, or CSP as we first years affectionately call it. The CSP program is a set of classes that all incoming students take. I like to think of it as Intro to College or College Writing/Studying/Reading 101. Unlike other universities though, Oxy doesn’t pile a bunch of first years into a lecture hall and teach them just basic writing. Each class has a distinct focus and issue they are exploring through reading and writing.

My CSP was called Dionysus and Modern Thought taught by Professor Stocking. It was my favorite class of the semester. We explored Greek tragedy and comedy through the lens of philosophy and the greater question of "why do comedy and tragedy exist and why are they important?" It was the first time I was actually excited to write a paper. My friends’ CSP’s were equally as amazing. Just to name a few: Visual Storytelling and Narrative Film, Maps and How They Lie, Politics and the Culture of Sport, Reacting to the Past, Health and Humanity, and many more.

This semester, I am again taking a CSP as it is required that first years take one each semester. This time my class is more researched based. We will end the semester with a research proposal that we can submit and possibly get funding for. Pretty cool, right? My CSP is called Theater About Theater and we are exploring plays where the act of theater and putting on plays is the main focus, . Although it's pretty early in the semester, I can already tell how cool this class will be. The teacher is great and fun to discuss with. She also is pushing us to think deeper about what it means to be a performer in the theatrical world and how performers change the world. As someone who hopes to study theater and playwriting, this class is perfect for me.

I know my other friends have said great things about their CSP. Overall, everyone I know loves the CSP program. Only piece of advice: read the description of the class because the title can be deceiving.

The best part of the CSP class though? Being surrounded by other first years and making friends who love the subject as much as you. Oxy’s program is unlike any other and is, in my opinion, one of the best parts of Oxy academics.