Why You Should Consider the UEP Major | Occidental College

Why You Should Consider the UEP Major 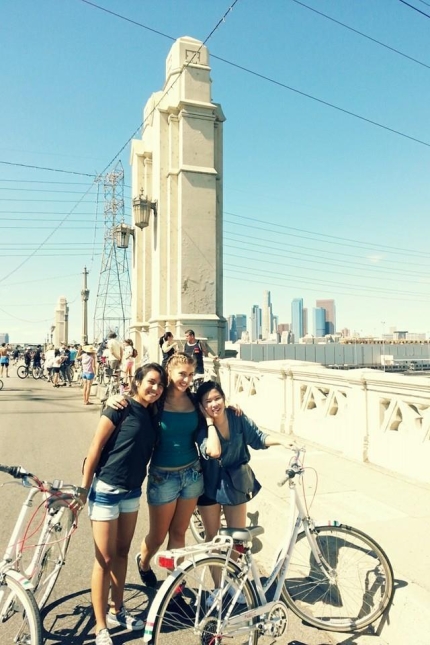 I took me a while to finally admit this to myself, but I am an indecisive person. If you can relate to this then you can imagine the difficulty I encountered when I had to chose my major. I considered at least 6 different majors before I finally decided I was going to study Urban and Environmental Policy. I took classes across several departments and realized that even though I enjoyed Sociology, Politics, Economics, Critical Thinking and Social Justice, and Kinesiology, I did not want to major in just one of those.
My sophomore year I took the intro class for Urban and Environmental Policy and realized that it combined everything I enjoyed and even more; I felt like the decision had basically been made for me. I am now in my Junior year and still very confident that I chose the right major. Thanks to the UEP Department I have had some pretty amazing opportunities that I don't think I would have had otherwise and these are just a few of them:
So the list could go on but these have been some of the highlights I have had during my time as a UEP Major. If UEP is not your cup of tea no worries! Each department has opportunities available for their students so make sure to ask around and take advantage of them!

Street Vending Campaign meeting in South LA. Usually it’s inside the building but no one came to open so we improvised #nonprofitstruggles

Tabeling during cicLAvia this past Sunday. We had questions on the whiteboard for community members to answer and get them thinking about public transportation in Boyle Heights