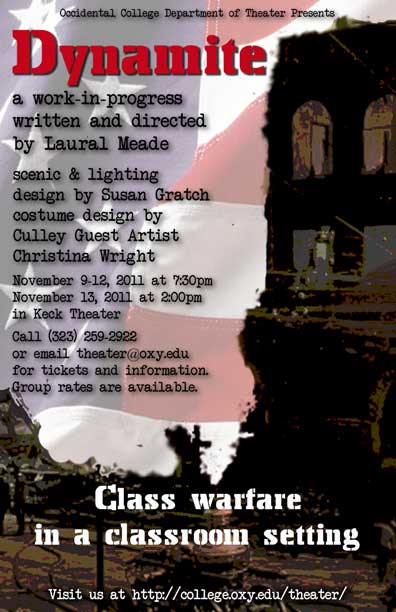 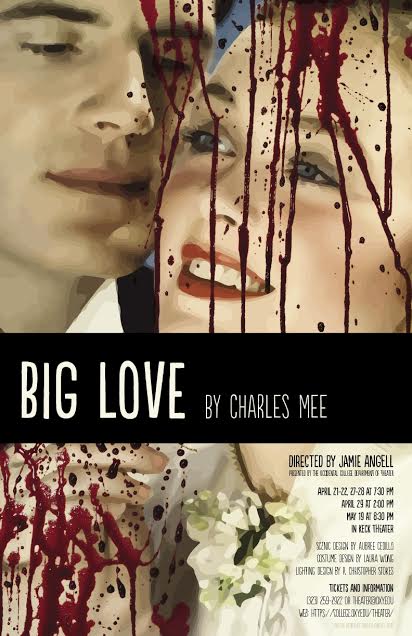 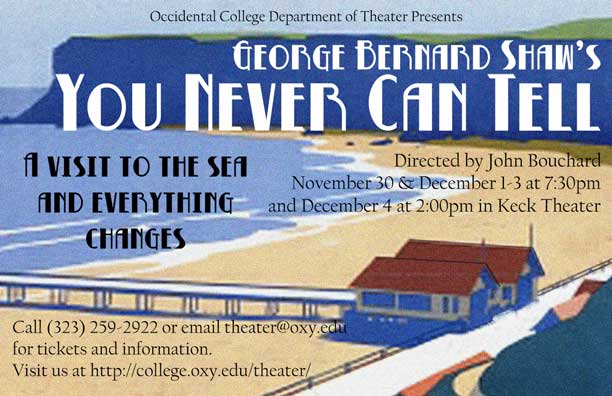 100 years after a bomb kills 21 workers at the Los Angeles Times, a group of students explores the contemporary resonances and theatrical possibilities of “the most important episode in the history of the American labor movement." Using dance, noir, camp, and drama they re-stage a class war in a classroom setting. 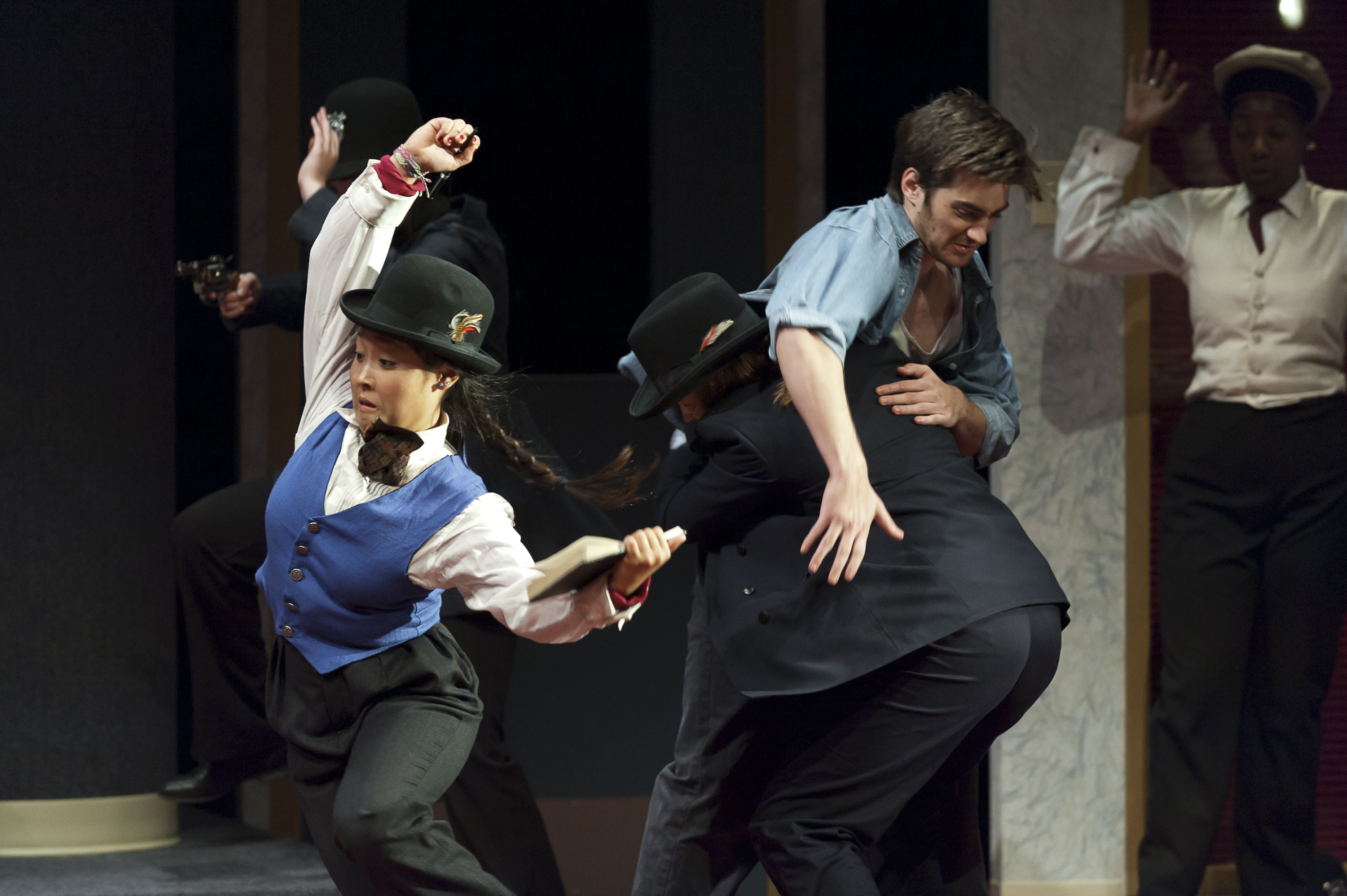 You Never Can Tell

Written by George Bernard Shaw
Directed by John Bouchard
Scenic and lighting design by Susan Gratch
Costume Design by Tom Slotten
November 30 and December 1-3, 2011 at 7:30pm and December 4, 2011 at 2:00pm

Shaw’s early comedy celebrates the sheer vitality of life, the delights and absurdities of sex and romance, and a canny cynicism about politics and social norms. Set in an English seaside resort, the piece opens with a trip to the dentist by Dolly Clandon, an exasperatingly inquisitive daughter of a moderately famous mother who writes self-help books for the modern family.  Her gorgeous—but apparently cold as ice—older sister and precocious twin brother tumble in and a lunch date is set with the young, more or less penniless, dentist and his old fashioned, curmudgeonly landlord—who it turns out is the children’s father, whom Mrs. Clandon left, with the children, eighteen years earlier. At lunch, sociological, sexual and familial chaos follows: ultimately refereed and negotiated by a family friend and the slyest and wisest of English waiters together with his son. The play is enormous fun, and remarkably perceptive about what matters in life.

You Never Can Tell program

Ibsen’s Victorian time bomb! It showed the way to generations of actors, directors, and writers. When his Nora slammed the door, the shock wave rattled the western world, and it shakes to this day. A Doll House gave birth to Modern Drama of which Ibsen is often called the patron saint. 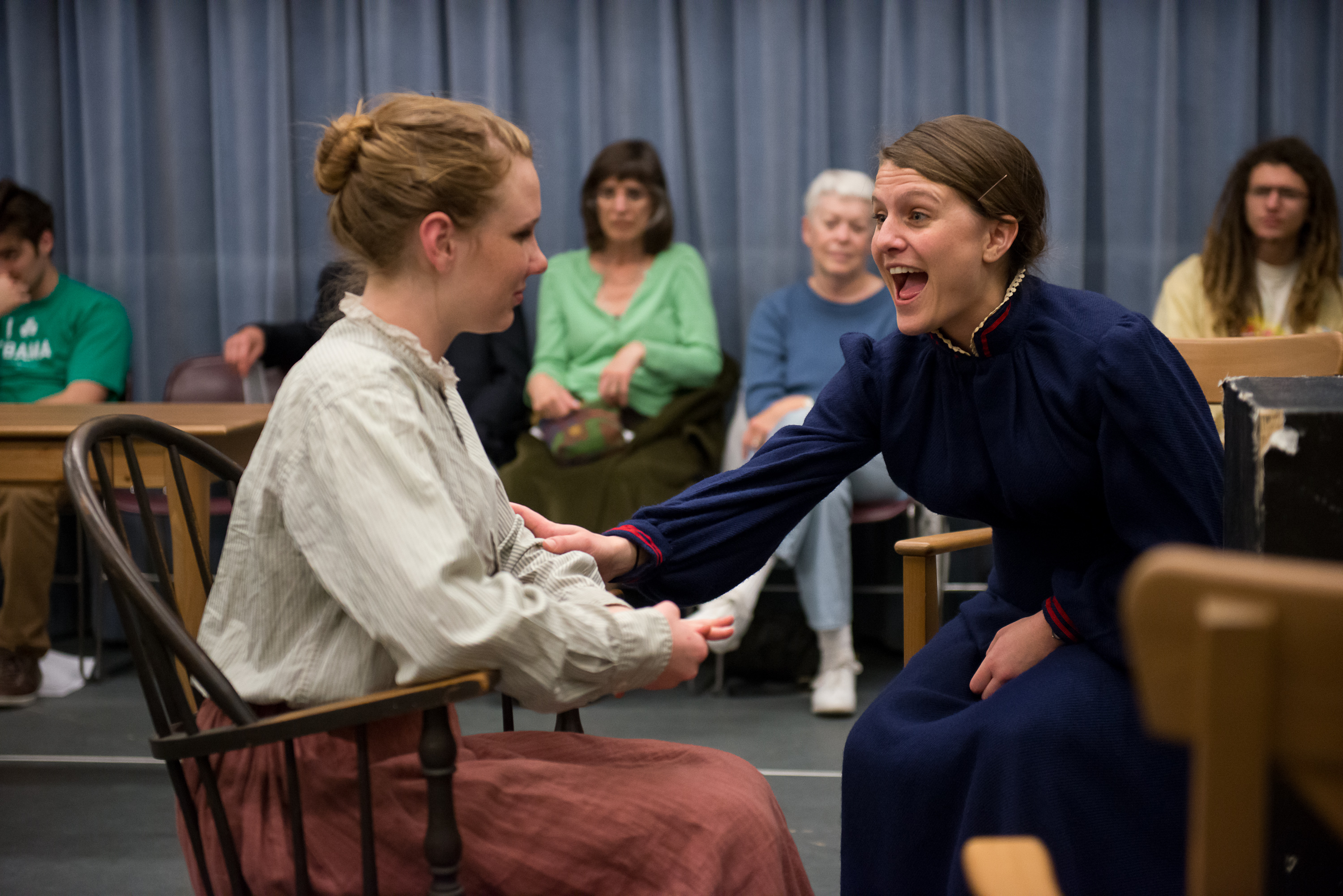 Fifty brides flee their fifty grooms and seek refuge in a villa on the coast of Italy in this modern re-making of one of the western world’s oldest plays, The Danaids by Aeschylus. And, in this villa on the Italian coast, the fifty grooms catch up with the brides, and mayhem ensues: the grooms arriving by helicopter in their flight suits, women throwing themselves over and over again to the ground, pop songs and romantic dances, and, finally, unable to escape their forced marriages, 49 of the brides murder 49 of the grooms – and one bride falls in love. About the same odds as today. 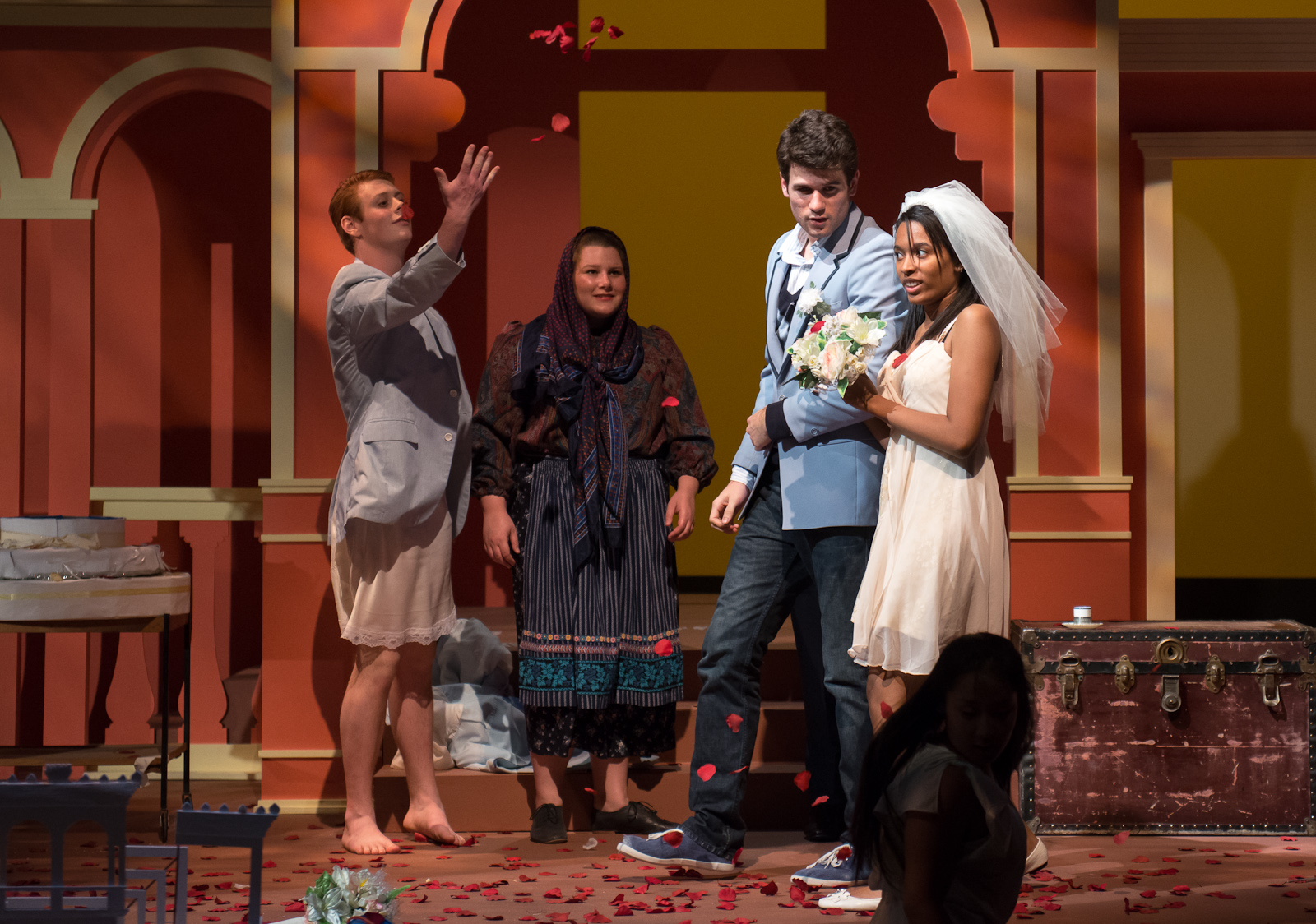 The Stage Combat workshop will focus on the basic skills necessary for effective unarmed or hand-to-hand combat for the stage. Students will learn a choreographed fight with a partner that includes slaps, punches, kicks, chokes, rolls, and falls. The workshop will finish with student presentations of their fight to their peers and invited guests.